Shakespeare was The Don when it came to inventing words and phrases, so we tend to think writers and filmmakers contribute to language a lot more than they do. It’s actually rather unusual for a writer or filmmaker’s words to get assimilated wholesale by popular culture, but here’s my top 10. Enjoy! 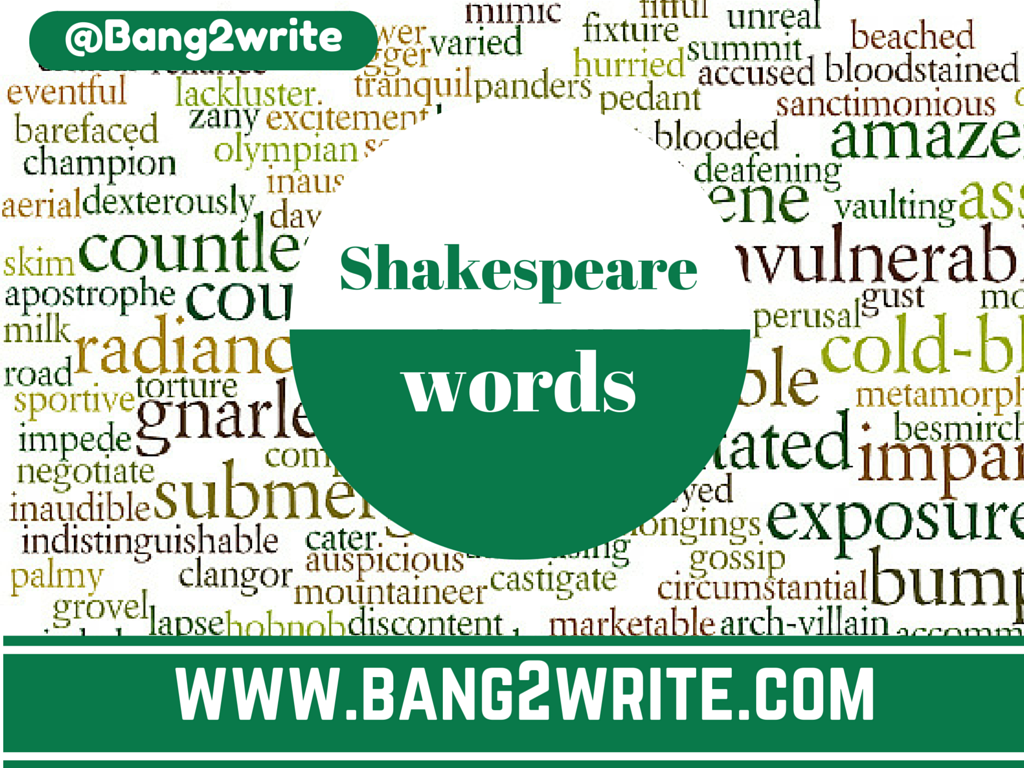 An easy one to start. FIGHT CLUB (1999) is an iconic book and film, so whenever anyone says the phrase, “You do not talk about [whatever]” they’re usually invoking this particular scene from the movie. Over the last two decades, this phrase has been repurposed for a stack of posters, to refer to all kinds of things, clubs or not!

DID YOU KNOW? Russell Crowe was initially up for the role of Tyler Durden.

Love it loathe it, 1988’s RAINMAN broke open the subject of autism for many people who’d never even heard of it. Like many characters in so-called “Oscar bait” movies, Raymond is a change agent, capable of changing the characters around him by virtue of being himself (not unlike Forrest in FORREST GUMP).

The characterisation of Raymond was based on real people: Kim Peek and Bill Sackter, real life savants who were also autistic. Though the term appears to have died off (finally!), for an extended period autistic people might have found themselves called “Rainman” by those who assumed autism might also mean extraordinary abilities like Raymond’s in the film.

DID YOU KNOW? The movie’s story is actually one of redemption for the greedy and cynical Charlie, not his autistic brother Raymond. This is signified in the title and word “Rainman” (Charlie’s childhood pronunciation of “Raymond”). MORE: Writing & Selling Drama Screenplays

Who doesn’t know this phrase??? The notion of following a white rabbit (and/or going “down a rabbithole”) relates, of course, to Lewis Carroll’s Alice In Wonderland.

DID YOU KNOW? Carroll’s idea of descending down a black hole into a wonderous, yet scary and uncertain world has become a well-established literary allusion, but it is massively overused by screenwriters and filmmakers. Most notable in recent times? Probably THE MATRIX(1999).

Considered a classic by many scholars and writers alike, this novel is notable for its controversial subject: the protagonist and unreliable narrator, a middle-aged literature professor called Humbert Humbert. A grown man, Humbert is obsessed with the 12-year-old Dolores (“Lolita”) Haze, with whom he becomes sexually involved after he becomes her stepfather (serious ugh).

The word’s assimilation into popular culture is such that the name “Lolita” is now often used to describe a sexually precocious girl.

DID YOU KNOW? Some feminists deplore the word “Lolita” (and thus the novel because of it). I personally think it’s rather telling society should have latched on to the word, rather than remembering it’s Humbert Humbert who should be held to account. Before the phrase “victim blame” even existed, it would seem Lolita’s writer Vladimir Nabokov was nearly six decades ahead of his time.

Even those not interested in comic books or superheroes will know this one: the established premise is that Superman (and other Kryptonian characters are susceptible to Kryptonite’s radiation). This has created usage of the term as a reference to an individual’s perceived weakness, irrespective of its nature, ie. “I have to stay away from you. You’re like Kryptonite to me”.

DID YOU KNOW? Some movie producers and publishers use this term and call certain stories “Kryptonite” – ie. the notion there are certain stories that seem like a good idea, but don’t sell for various reasons. 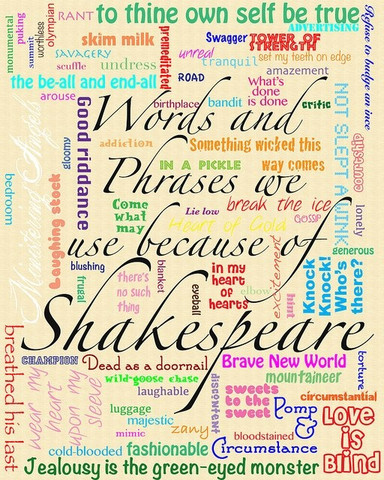 Shakespeare contributed HUNDREDS of words to the English Language, but he was unusual

Derived from the English idiom, “kick the bucket” meaning “die”,  the term “Bucket List” has been fully assimilated into our culture. It’s not difficult to see why. This 2007 movie followed the fates of two terminally ill men (played by Jack Nicholson and Morgan Freeman) who have a list of things they want to do before they die, which they call their “bucket list”.

DID YOU KNOW? Search the term “bucket list” online and you will find a whopping 44,500,000 results – it seems everyone has one!! The top result is BucketList.org where you can log your life goals. The reason this term has been adopted wholesale by just about everyone on the planet is because of its emotional truth — who doesn’t have goals before they die? Not many people don’t, I bet!

This word is most frequently used as an interjection to express dismay when one has said or done something stupid or when something has gone wrong … This means it’s the perfect expression for a certain Homer Simpson! As we all know, pretty much everything he says or does is stupid, plus things go wrong around him CONSTANTLY. As a result, “doh!” has become part of the worldwide lexicon.

DID YOU KNOW? “Doh!” should not be confused with “Duh” – the latter is used to express annoyance at banality, obviousness, or stupidity, a subtle but crucial difference.

If you’ve ever visited an aquarium with a toddler, you’ll know small children call clownfish “Nemos”, after the protagonist in the Pixar movie. But “clownfish” is not a difficult word to remember – plus Marlin even talks about being one in the movie – so it’s not long before younger kids ditch this word and start calling them that, instead.

But WTF is Dory?? I always thought she was a yellowtail tang, or maybe her name was a reference to a John Dory, but turns out she’s a – wait for it – Pacific Regal Blue Tang. Blimey.

DID YOU KNOW? According to the Pixar Wiki, even the Disney website gets Dory’s species wrong, referring to her as a Yellowtail Tang.

Groundhog Day is a traditional holiday celebrated in the USA on February 2nd. According to folklore, if it is cloudy when a groundhog emerges from its burrow on this day, then the spring season will arrive early; if it is sunny, the groundhog will supposedly see its shadow and retreat back into its den, meaning winter weather will persist for six more weeks.

However, when we say, “It was like Groundhog Day” what we mean is, we FEEL like we’re experiencing the same [thing], over and over, just like Phil does in the 1993 movie of the same name. Basically, it’s a phrase that’s come to signify frustration and feeling trapped in a cycle beyond our control.

DID YOU KNOW? We don’t get groundhogs in the UK, which are also known as woodchucks or whistlepigs. 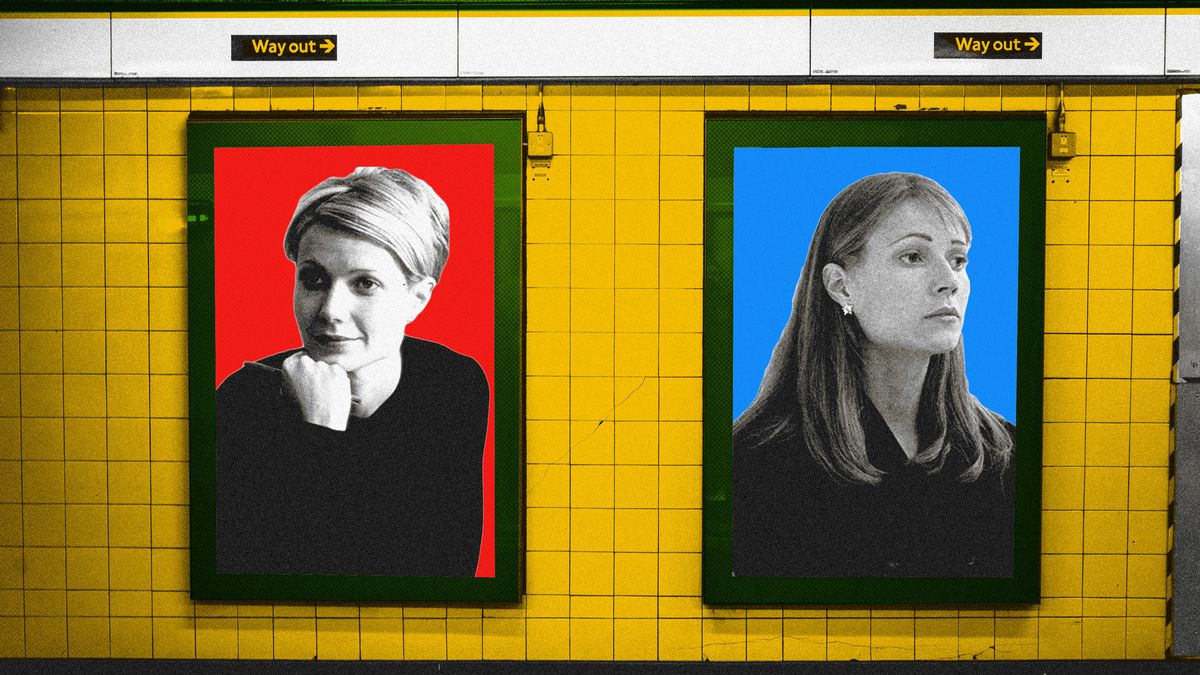 Not to be confused with “Groundhog Day” aka number 9 on this list, this story deals with parallell universes (as opposed to the SAME day, replayed, over and over).

In the movie SLIDING DOORS (1998), our protagonist Helen has two VERY different days … All because she does AND doesn’t catch a train (the “sliding doors” of the title). So when people talk about having a “Sliding Doors moment”, they usually mean they’ve isolated a time in their lives where they feel a situation could go (or has gone) either way.

Again, like number 6 on this list, the genius of SLIDING DOORS is its emotional truth. Just about everyone has had a big realisation or moment in their lives. We may also feel something happening (or not happening) has made a huge IMPACT on our lives.

DID YOU KNOW? Sometimes producers and publishers talk about “Sliding Doors stories”. This is any story in which a character is faced with a significant choice of some kind. My novels, Proof Positive and Toxic are “Sliding Doors” stories.

Can you think of any other words or phrases storytellers have given us?

1 thought on “Top 10 Words Or Phrases Storytellers Gave Us”