So Julian Fellowes appeared at the recent LondonSWF Launch Event. I unfortunately wasn’t able to make it, but always Team LSF has us covered! LondonSWF videoed Julian’s fascinating and inspiring chat with Nik Powell, as well as the Q&A with the audience.

So, in typical B2W tradition, here’s 10 things I took away from Julian’s chat. You can watch the video yourself, HERE, or click the pics in this post. 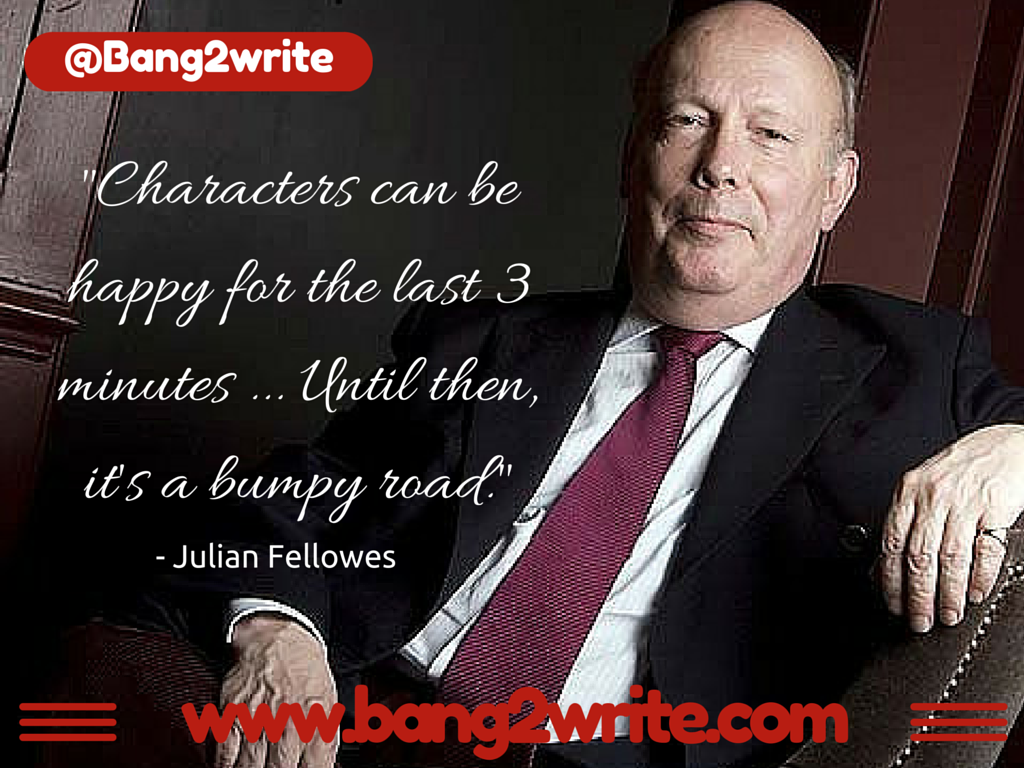 Julian is unequivocal here, when he says his relationships are what got him hired for GOSFORD PARK, which was a game-changer in his career. Not only did he get hired because the producer had seen a spec screenplay of his, but director Robert Altman stood by him when the studio got antsy and wanted to bring in another writer.

SO: Make sure you get out there, like Julian and create those all-important relationships to get AND stay on jobs. MORE: Talent is great BUT relationships get you hired

Julian also states the importance of being brave. He says there’s always a chance of making a fool of yourself … Or perhaps your work is GREAT, but nobody watches it. These things happen and you can’t allow these fears to hold you back.

SO: Stay strong and keep moving forwards! MORE: How To Make It As A Writer (AKA This Shit Ain’t Accidental!)

3) … BUT self awareness is paramount

At the same time however, being brave should not be on a par as being foolhardy. As Julian rightly says, self awareness – as long as it’s REALISTIC – can help us get stuff done. Nik chimed in here too with a good tidbit of advice: “Have a plan in pencil, but carry a rubber”!

SO: Have a strategy. Doesn’t mean you can’t adapt or even change it as you go along!

Julian describes how he “fell randomly” into screenwriting, because they’d spent all the money and needed “six scripts written for nothing” on a project … and this supposedly dubious honour fell to him.  The rest, as they say, is history!

SO: Don’t be afraid of hard work. If it’s worth doing, go for it.

5) Success is for others to define

Lots of new and even seasoned writers think they’ll know when they’ve “made it” as a writer. But what does this REALLY mean? Julian has a great notion here of saying others will define your success, don’t worry about it. I agree!

SO: Keep on moving forwards with your writing. What else is there? MORE: Making It As A Writer: 25 Reasons You Haven’t Yet

6) Writer’s block? No time for that

I love Julian’s stance on this and it echoes what I’ve thought for a long time. If you BELIEVE writer’s block is possible, it will get you. So keep on writing. Even if it’s rubbish, at least you aren’t doing NOTHING!

SO: Ditto point 5 – keep on going! NO. MATTER. WHAT. MORE: 19 Tips On Overcoming Writer’s Block From Famous Authors 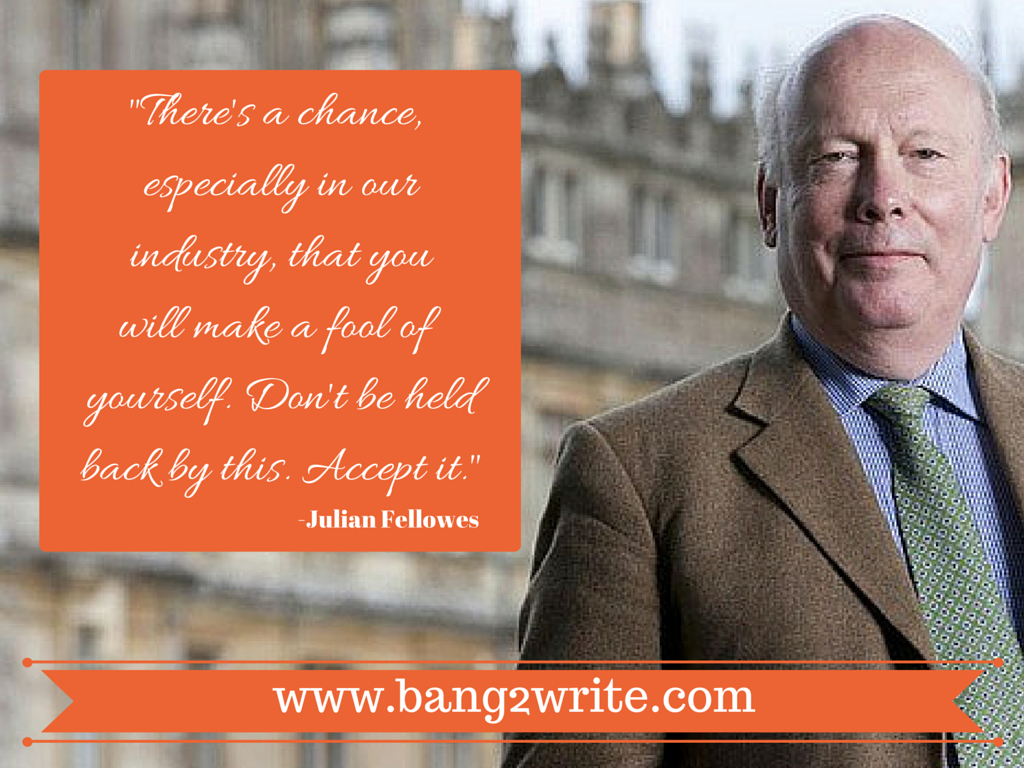 Julian discussed the idea of character arcs needing change, which he was largely ambivalent about. He was however very strong on the idea that we need to EMPATHISE with characters – their actions have to be “forgivable”, whatever that means. Note how the term “likeable” didn’t come up!

SO: Forget “likeable”, think EMPATHY when it comes to characters’ motivations. MORE: Is “Good” Characterisation Really About Change?

And this is okay! … As Julian rightly says, you have to learn when something is NOT going to happen. But if you let that project go, you can move on. It was when he accepted one project wasn’t going to happen that DOWNTON ABBEY became a possibility.

SO: You can’t move on and grab the next opportunity if you keep hold of the last one. True story!

Being an ex-actor, Julian obviously has a lot of time for them and he was very complimentary about them and how they can actively HELP writers. “Ignore actors at your peril,” he said, “They have a real instinct for what is ‘sayable’ and ‘unsayable’.

SO: spec screenwriters might be thinking “That’s alright for Julian Fellowes, but I don’t have any actors!!”

Well, why not stage your own script reading?

It amused me when Julian said he got loads of letters from Downton fans saying, “Please make X character happy!” Borrowing from the author Graham Greene, Julian asserts that happy characters are boring characters to write AND watch. We NEED conflict – aka unhappiness to *some* degree – otherwise audiences will turn off in their droves!

SO: Writers are the ultimate sadists to their characters – even when there’s a happy ever after – otherwise there’s no point to the story! MORE: Top 8 Questions For Kickass Characterisation

Bang2writers tell me all the time they fear they’re “running out of time”. But Julian has a brilliant SECOND career as a screenwriter and only started in his middle age. As he says of GOSFORD PARK,  “I was this fat, bald actor nearly fifty, suddenly writing a Hollywood film!” This could be any one of us, IF we keep going and keep ourselves open.

SO: It’s NEVER too late to start writing your masterpiece … CLICK HERE to find out why.