I’ve been honest throughout my time at B2W and on this blog and said I never actually set out to be a script reader. I didn’t know script reading was even a job, plus I didn’t even know I was good at analysing stories! All it took was a little seed to be planted … and the rest as they say, is history!!

So, many thanks to Daniela today, who’s written a GREAT call to arms to Bang2writers today … How will YOU begin your next project, or even your whole career?? Enjoy! 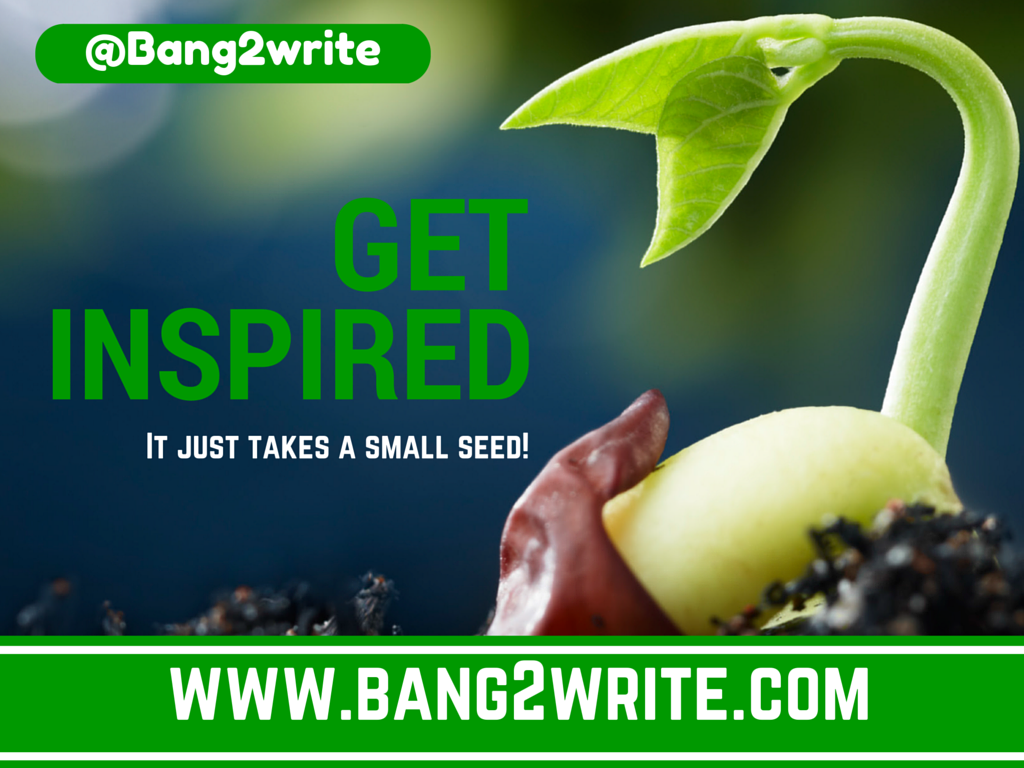 Theodor Seuss Geisel had no desire to be a writer. In fact, he planned to become a university professor. Then one day, a fellow Dartmouth student saw the cartoons Seuss sketched and suggested that he should become an artist. So, Seuss altered course and eventually landed a job as a newspaper cartoonist.

When he went to work for the army during World War I, he helped product animated films for training soldiers. A few publisher saw his work and suggested that he go into illustrating children’s books after the War. He took the suggestion and decided to give children’s books a whirl. The world now has the wonderful work of Dr. Seuss forever.

Two suggestions – that’s all it took to plant that seed!

Here’s some other well-known writers who began with just one little planted seed:

Didion was working for Vogue when she read a short newspaper article about a murder in North Carolina – a farmer had killed his foreman. The thought stuck. She relocated the murder to California and began to write her book at night. The half-finished novel was accepted by the 13th publisher who gave her an advance to finish it. Run, River was the result. She may be more well-known for her essays, but anything by Joan Didion is hard to put down.

Ernest Hemingway wanted to be a writer. He settled for newspaper reporting until he became an ambulance driver during World War I. Eventually he settled in France, hoping life on the continent would stimulate his writing – not much luck. By chance, he traveled to Spain with friends and attended the bullfights. It hit. Even before the group returned to France, he was writing The Sun Also Rises, all of the characters being facsimiles of those friends with whom he had traveled.

When Wallace was a student at Amherst College, a girlfriend rather flippantly said that she would really like to be a character in a novel instead of a real person. Wallace could not get that comment out of his thoughts and spent days trying to figure out what she had meant. Ultimately, he turned that statement into a novel, The Broom of the System, which he wrote during his senior year. It was published two years later.

Smith was a college student at Cambridge as the millennium and, like most of us, she had heard all of the predictions for the turn of the century, from the Aztec calendar signifying the end of civilization to a complete global meltdown due to the failure of computers to “reset” from 1999 to 2000. With the background of race and immigration, she framed a novel about a man who moves from one century to the next very successfully. She finished the novel, White Teeth, while still in college. Since that time she has written other novels, short stories, and essays.

While a humanities professor at Howard University, Morrison joined a writing group, simply as a diversion. She realized she needed to write something, like everyone else was doing but had to find a storyline. She remembered another African American elementary school mate who had once said she wanted blue eyes. She wrote it up as a short story. After she divorced and moved to New York, she spent her lonely nights as a single mother crafting a novel from that short story. Five years later, The Bluest Eye was published. Of course she has written much more, winning a Pulitzer Prize. She’s quite a legacy all on her own. MORE: Join the Bang2writers FB Group, it’s a lively one!!!

SO … What will be the seed for YOUR next piece?

You may indeed find it in some very unlikely place. Practice staying alert to all that is going on around you; immerse yourself in some new experiences or hobbies; read some inspiring quotes from national and international figures; listen to the news. All of these have seeds, ready for planting!

DON’T FORGET: You can check out the B2W Resources page for even more “seeds”. Good luck!

BIO: Daniela McVicker is an author, psychologist and educator. She believes that success depends on knowing the ideas that allow you to manage and master the universe of information. To know more about her catch up with her on Facebook and/or follow her on Twitter as @danielamcvick.

2 thoughts on “Inspired By A Small Seed: 6 Writers’ Stories”