How To Get Your New Ebook

So, it’s been a little over two weeks since BATMAN V SUPERMAN: DAWN OF JUSTICE hit cinemas – and it’s fair to say it’s had the internet and social media in meltdown. Critically panned, overall the “word on the web” is not good (even though 70% of movie-goers reported they liked it, intriguingly).

As any Bang2writer knows, one of my favourite things is jamming a stick in virtual hornet nests, so I decided to wade RIGHT INTO the debate, creating a new eBook, B2W SCRIPT EDITS BATMAN V SUPERMAN: DAWN OF JUSTICE.

In it, I break down my response to the story and characters I perceived in the movie, based on how I understand the characters of Batman and Superman; what I think I saw on screen; not to mention my experience of script reading, editing and filmmaking. GET THE BOOK HERE, or click the pic below. 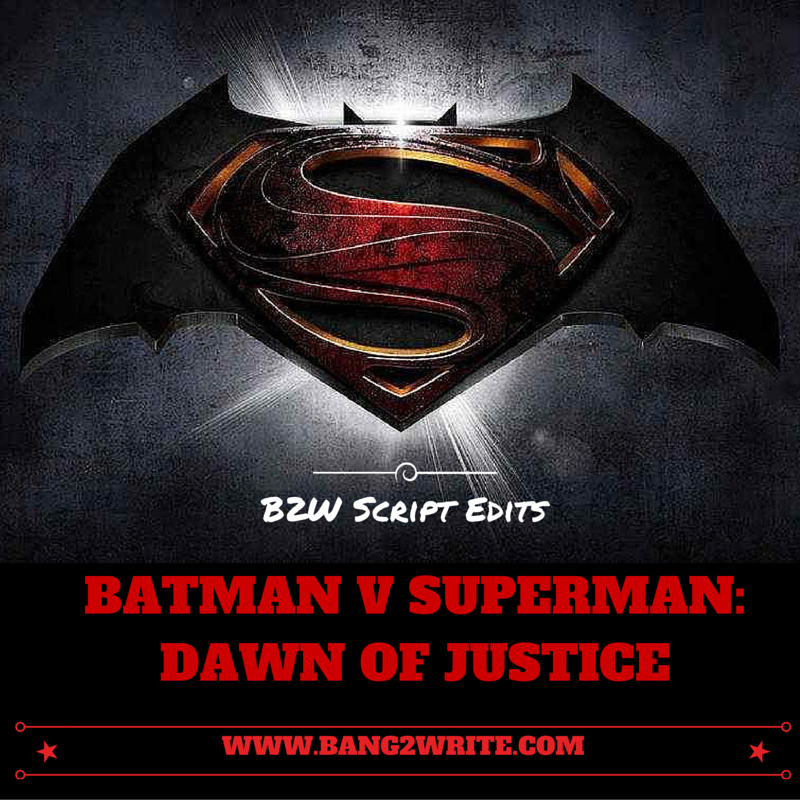 Want to be a script reader?

Or maybe you’d rather put lit matches under your fingernails than watch BATMAN V SUPERMAN: DAWN OF JUSTICE? I get that. I’m a somewhat “hostile” superhero fan, having been dragged through just about *every* comic book movie by my nerdy son. (That said, the gratuitous shirts-off action in most of those movies is valid compensation IMHO, so swings and roundabouts!).

However, if you want to be a script reader (and maybe a script editor, too), then this ebook still might be for you. In it, I break down:

In the very least, I watched BATMAN V SUPERMAN: DAWN OF JUSTICE – several times! – so you don’t have to. SO DOWNLOAD IT NOW!! 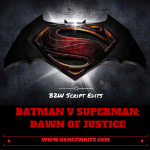 Many thanks to my script editing colleague Karol Griffiths for this great write-up on my BATMAN V SUPERMAN ebook. Karol has twenty years’ experience in the script editing trenches, so she’s worked with all the big wigs, such as Warner Brothers, Universal, Disney, Paramount and Fox Studios, Amblin Entertainment, The Coen Brothers, Working Title, Rajski Productions, Interscope Pictures, Sandollar Productions, Revelations Entertainment, BBC, ITV and La Plante Productions! Her book, THE ART OF SCRIPT EDITING came out last year and is available in bookstores and on Amazon. Over to you, Karol:

“Bang2Write’s Lucy V Hay (writer, blogger, teacher, script editor and overall powerhouse) has once again journeyed through controversial territory in order to explore the craft and pitfalls of screenwriting.

In her latest ebook, Lucy examines the recent release of BATMAN VERSUS SUPERMAN – a film highly anticipated, and which has now opened to (mostly) negative reviews. Never afraid of swimming against the current, Lucy delights in making up her own mind and sharing her views on what works and doesn’t work within the film and script.

As we all know, storytelling is subjective – I went in to see this film with zero expectations and like Lucy, was pleasantly surprised by how much I actually enjoyed it. It’s not a perfect film but it’s a lot better than most of the comic book films – and certainly deserves better reviews than it has been getting …

But, whether you liked the film or not, this ebook offers substantial food for thought. It’s a quick and fun read that will get you thinking, and Lucy’s insights entertain and inform – all with an eye to helping writers improve their craft.”

I’m delighted Karol is giving the ebook the thumbs up … Thanks Karol!!! (You can see even more reviews from my beta readers, below). 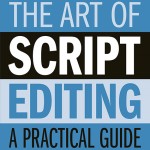 BIO: Karol Griffiths currently runs her own freelance consultancy and is passionate about working with writers in all media formats. She is a reader for the BBC Writers Room and The Literary Consultancy in London, and has a Master of Fine Arts Degree from Yale School of Drama and a Script Development Diploma from NFTS. Check out her great book, THE ART OF SCRIPT EDITING (or click the pic on the left), plus you can visit Karol’s website, HERE. 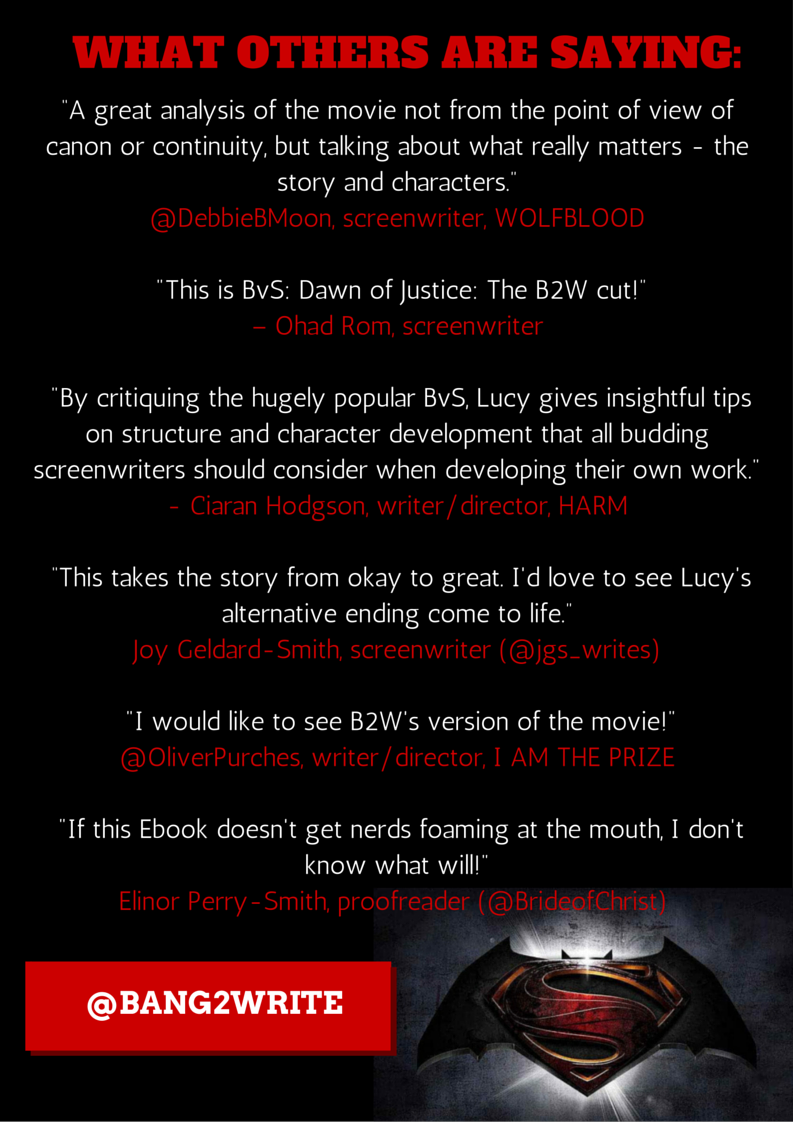 previous20 Experts Share Their Thoughts On Talent Vs. Hard Work
next3 Steps To Reader Proof Your Screenplay