Question: Has the standard of screenwriting improved? REVISITED

Many thanks to longterm Bang2writer James DeMarco, aka @jazadal, who asks this in The B2W Facebook group:

I’d like to revisit a question I asked you a few years ago. With the plethora of info available to aspiring screenwriters via internet + classes, festivals, seminars, etc. these days, have you, as a reader, noticed any improvement in the quality of submissions you receive? An UPDATE please, if you can. Thanks!

I answered James’ original question back in 2012. You can see the original post, here: Have Script Levels Improved Over The Last Decade? 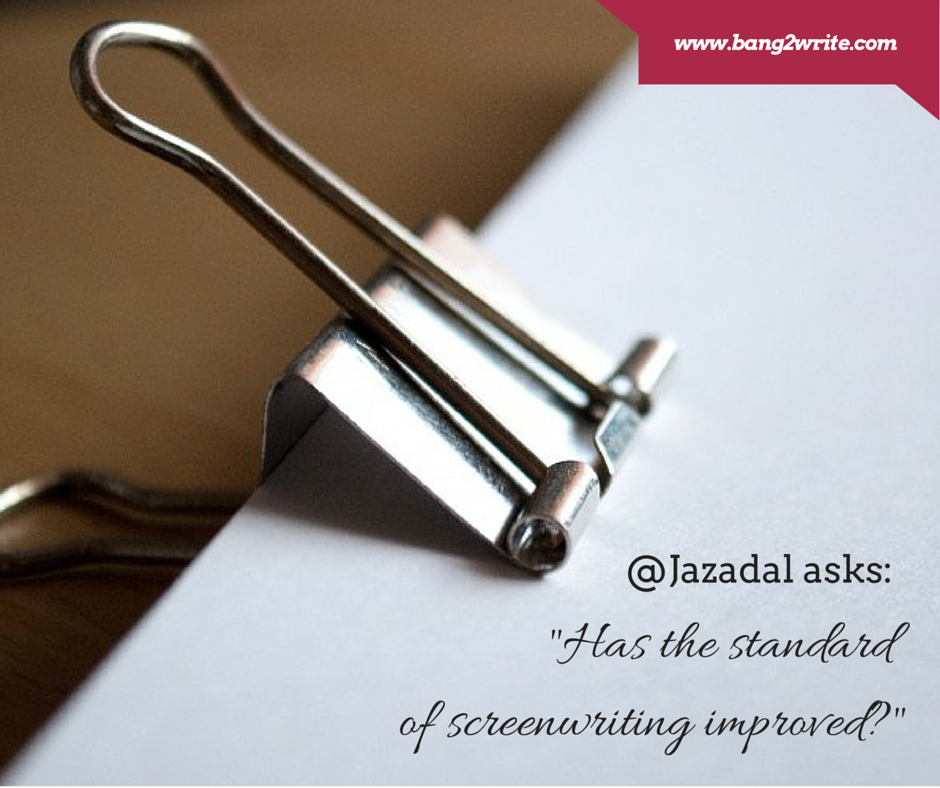 In my original answer to James, I said the usual problems with structure & character still apply – and they still do. To be honest, I don’t think this will ever change because I don’t think it CAN. Not even the best writer can write a perfect first draft, plus structure and character are simply the two hardest things to get right. This means this will ALWAYS be an issue in the spec pile … But that’s what development is for!

2) Imitation is NOT flattery

Three years ago I felt rather frustrated with the spec pile. I was seeing a LOT of rehashed stories, especially science fiction and TV pilots. I was craving something more original, perhaps pre-sold, but definitely genre-busting. In addition, I was seeing a lot of feature screenplays that were rather “tick the box” and short films that did the same old subjects and boring themes.

I’m happy to say this HAS taken a turn for the better in the last three years, with a rather marked change in the past 12-18 months. What’s caused this sea change in the spec pile is hard to fathom when it had been stagnant for SO long … Perhaps the impact of blogs, courses, books and events like London Screenwriters Festival are taking effect? Or maybe I am reading for more professional and seasoned writers and less newbies (though B2W  been lucky enough to have a VERY mixed clientele from the offset, so I don’t think it’s that).

Admittedly, it’s hard to tell, but I like to think it’s because we’re seeing increased diversity across the board in terms of gender, age, race and creed, so new perspectives and stories are floating to the top.

Sadly there’s still LOTS of clichés generally in the spec pile. These apply most often to certain stock characters that turn up again and again, but also to certain plot elements too. The latter is a major own goal when these turn up in the first ten pagers, so here’s how to write the most cliched opener EVAH (ie. don’t!).

In addition, female protagonists take up a very large part of my spec pile, plus some female antagonists and the odd all-female cast. This does not seem to be skewed by B2W either based on my personal interest: year on year, the producers and agents I talk to at events like LondonSWF report the same. In addition, we’re also seeing some GREAT female characters in produced content now, too which will fuel more in the spec pile. CLICK HERE to get your free ebook on how NOT to write female characters.

Perhaps the biggest problem in the spec pile currently is the fact there’s a HELLUVA lot of dialogue flying about – chains and chains and chains of it, in fact. If anything, this has increased in the last three years. Happily, a lot of dialogue is excellent now, but much of it can still be cut and do the same job. Also, scenes become bloated with it, meaning pace and structure are adversely affected. MORE: Are YOU doing any of these 20 Scene Killers?

It would seem would-be professional writers have FINALLY realised that without an audience, we’re shouting into the wind. Less and less screenwriters seem to approach the notion of audience with suspicion, or feel that thinking about WHO would like their work is “selling out”. In addition, more and more screenwriters are beginning to understand the importance of concept and of writing scripts that are MARKETABLE, especially when it comes to genre and budget. This is all great.

However, there is still some considerable work to do on this … It seems writers STILL don’t understand the differences between what writers want and what laypeople want. Too often writers get caught up in what their work “might” say, worrying about “responsibility of the artiste” and failing to see there’s a massive difference between ENTERTAINMENT and EDUCATION. In addition, people see images differently. FACT!

Perhaps unsurprisingly now the B2W brand is established, I get far less general freakery when it comes to Bang2writers reacting to notes and feedback. Most writers using B2W’s paid-for service realise I will always try and find positives in a work and offer constructive criticism wherever I can.

That said, when a few writers per year DO react negatively, I am accused no longer of “not reading” someone’s work “properly” but of apparently “farming it out” to another reader or work experience kid! I find this hilarious, not only because B2W IS ONLY ME, but if you’ve ever been to one of my LondonSWF Live Script Edits or other classes, you’ll know I always strongly condemn readers who do this.

So, ultimately I’d wager most writers  know how to use feedback like B2W’s EFFECTIVELY: that is, they use the feedback according to how THEY envisage the work, often using it as a springboard for their own ideas. This is particularly important, because following every note blindly will only create a muddled and weak draft.

Submissions-wise, there’s still a lot of insanity in the spec pile going on, sadly. I’m not sure if that will ever change. The kicker is, because there’s SO much advice online now about submissions, people are REALLY harsh about this, now. You really DO have one first impression and mistakes will NOT be forgiven. So utilise that submissions advice, it really does pay dividends! MORE: 7 Submission “Don’ts!” From The Person Who Has To Read Your Script

Lastly, screenwriters with career strategies are kicking ass as ever: on writing, networking, submissions, you name it! 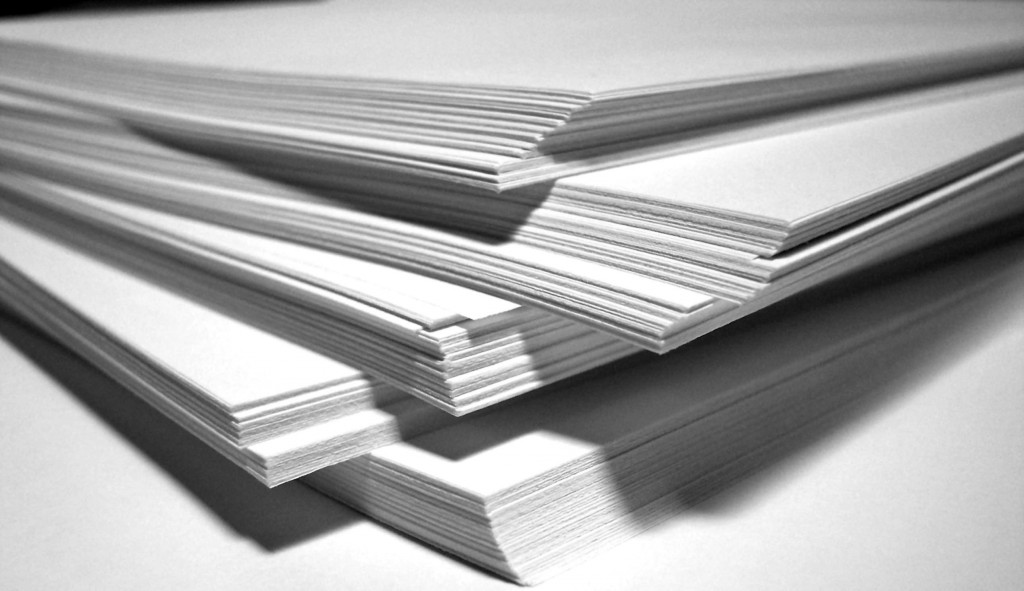 Yes, the spec pile is improving … Writers’ competition just got even steeper. The good news is, we can level the playing field whenever we want by investing in our writing AND understanding the marketplace. We all know craft is important … But it’s those writers who have a strategythat are making the fastest strides and writing the best projects. So there’s a lesson there for anyone thinking, “I’ve written a screenplay, now what?”!!

There are now multiple ways to send your writing questions via social media:

Leave it in The B2W Facebook group, HERE, or on the wall of the FB page, HERE

Leave it on my page at B2W’s Quora page

Leave it on the B2W Ask.FM page anonymously

4 thoughts on “Question: Has the standard of screenwriting improved? REVISITED”