10 Screenwriting Lessons From THE EXORCIST (Part 2) 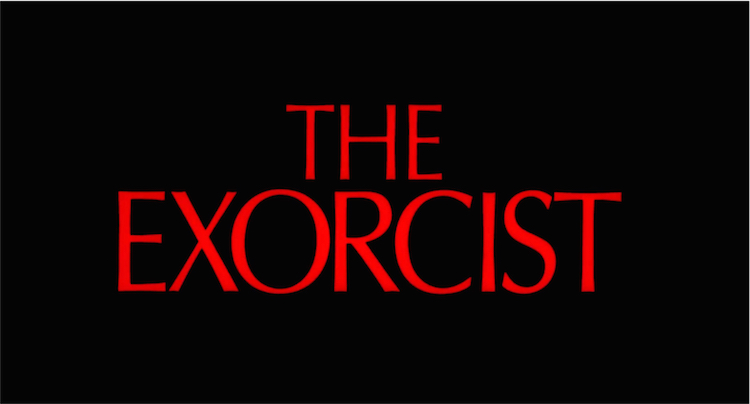 But we’re still being spooookeee here at B2W Towers in celebration of Halloween weekend. If you didn’t catch the first part of David McClellan’s great 2-parter on what screenwriters can learn from 1973’s The Exorcist, then check it out HERE. Enjoy! 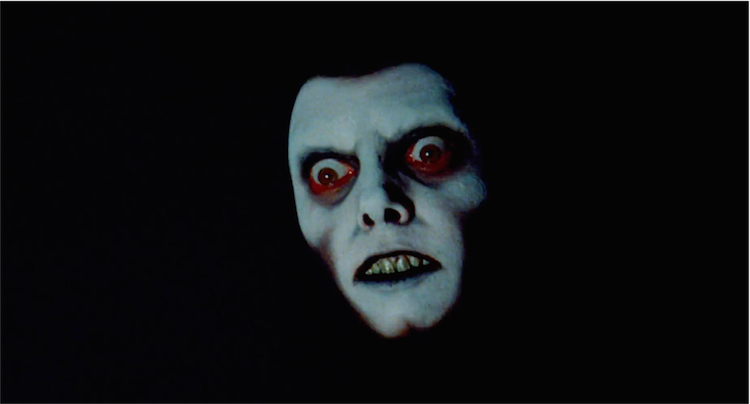 Well, technically the demon Pazuzu, though it is not stated at all in the film. The Exorcist goes straight to the top of the arch villain heap here and brings you the ultimate supernatural foil battling an aged priest over the body and soul of a twelve-year-old girl.

The possession story has since played out many times with copycats and lesser film stories attempting to give us a “similar but different” spin on the trope and all failing to achieve the heights that The Exorcist ascends. The story also does not explain why these terrible things are happening to this particular family. To explain it would be to dilute the effective power that this film has. We believe it and suspend disbelief because the script and characters are so compelling.

LESSON: Craft your villain/monster with care. Every horror story has a strong villain at the core that is clearly defined (THE DEVIL), has an objective (DEBASE AND DEFILE THIS GIRL TO GET TO MERRIN), and a unique method of attack (PSYCHOLOGICAL TERROR). Know your villain first – and then craft your story around complex characters that have the capacity to sustain a two hour battle of wits with your monster. You don’t have to explain your monster – which often diminishes it – however, you DO have to know what it wants and how it goes about getting it. MORE: 8 Mistakes That Will Kill Your Horror Screenplay DEAD 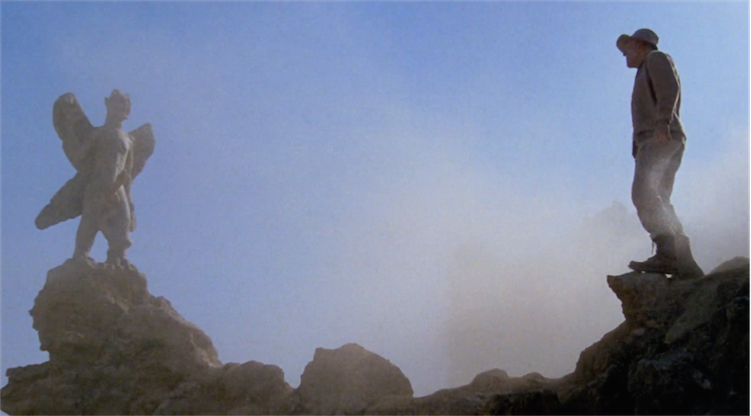 The entire opening Iraq sequence of The Exorcist plays out like almost like a silent film. Very few words are uttered while the story of these two arch rivals is set up over the course of nine and a half nearly dialogue free minutes! That is correct. Does your story have the ability to sustain a ten-page opening that has almost no dialogue? Can you set up your entire story using purely visual storytelling that gives us everything we need and subtly reveals the ending in a single iconic image? The opening nine and a half minutes of The Exorcist are an exemplary representation of high-level, thought provoking and haunting filmmaking.

LESSON: Film is a complex visual medium. Learn to craft your stories using images and actions that build dramatically instead of relying on dialog and characters telling the story. 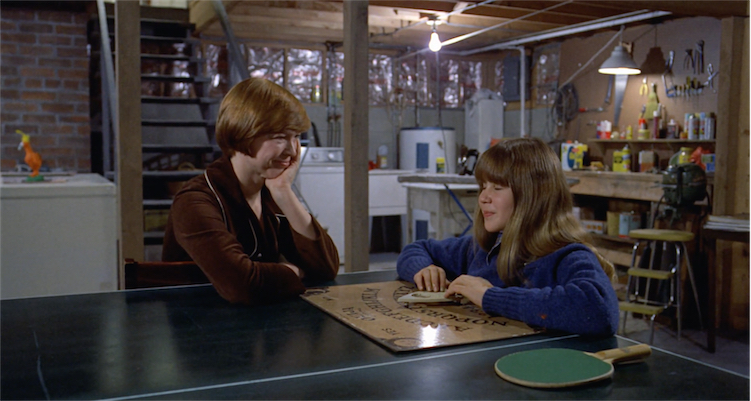 Forget the opening – the entire first half of the movie is a slow burn. I can just hear the script readers now – nothing really happens – I’m not really invested in the characters – you mean your first ten pages is about some old dude in Iraq and then we leave that thread until he comes back some 90 odd pages later? PASS.

Modern readers would never get past the first ten pages, it’s true. You’d get notes like: “we need to move the action up – to top load this thing and get the audience engaged…” Or: “…what if we drop the whole Father Karras depression bit with his mom and make Merrin younger – say early 30’s – like a rogue treasure hunting priest for the Vatican’s secret artifact division – and he finds this ancient devil doll – and the Nazi’s are after him to use it to destroy the world…?”

But part of the magic of The Exorcist is that it takes you slowly into the haunted house and makes you invest in the character’s plight and earn the scares. The big difference here is that Exorcist pays off that investment with groundbreaking storytelling and characters that we are emotionally connected to.

LESSON: The Exorcist defies convention by doing the exact opposite of what people expected. Everyone went in knowing that this was going to scare them senseless – so what do they get for the first hour? A slow walk into the haunted house where they are primed for the scares. This only works if the material is exemplary and the storyteller is a master, building tension with every scene. Strive to be a master storyteller. 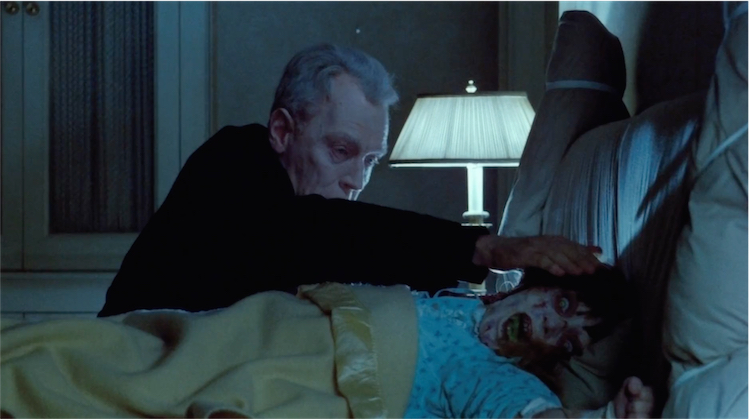 The actual exorcism – the movie’s final act – is a whopping 10 minutes long. There is a reason for this – namely that an exorcism is pretty much just 2 guys shouting prayers at a kid in a bed. How are you going to string that along? Here they use every trick in the book to make this the big grand finale set piece that it is. Nearly every exorcism in every possession movie since steals from this ten-minute set piece – mostly poorly.

LESSON: Bust clichés. If you write it and if feels like you’ve seen it all before – go back and dig deep to reimagine and add a unique twist to any material that reeks of familiarity. Always push for a unique bent on an overused trope to stand out amongst the many imitators. Easier said than done but this is the creative part of the job. Coming up with new spins on old ideas. It’s what you actually get paid for. 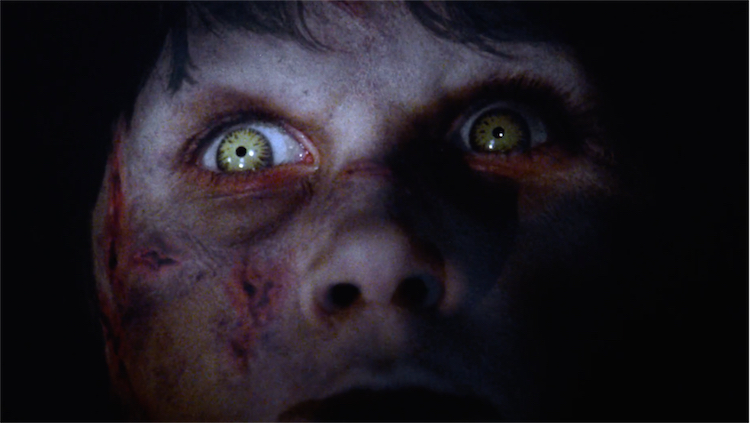 10) The Audience Is Wiser

The Exorcist debuted on December 26th, 1973 – the day after Christmas – (Reason ELEVEN – the audacity of releasing this film at Christmastime). The world had never experienced the kind of relentless psychological assault that Exorcist delivered.

Now, some forty odd years later – we are inundated with every manner of horror story cliché at a regular basis on typical prime time television and even in kids movies, cartoons and video games. This makes it extremely difficult to craft a truly effective adult themed horror story The Exorcist was able to deliver to an unsuspecting audience back in ‘73.

I’m not saying it’s impossible to write a great modern horror film that has the capacity to scare and psychologically affect an audience – most certainly someone will create the next new cultural phenomenon Blair Witch or Paranormal Activity franchise – whatever that is. However, it’s extremely difficult to create a new and original horror story that has the ability to transcend and elevate the genre without resorting to cliché. In my opinion The Exorcist did it first, did it best, and still holds up as the greatest horror film of all time. Good luck! We all need it.

LESSON: Always strive for better in your writing by knowing what has worked in the past and then attempting to twist that convention and best it. Your unique concept and monster is what people pay for – however it’s your characters, their actions and your unique voice as a writer that they stay for.