On Writing “Rules”: 8 Things I Remember 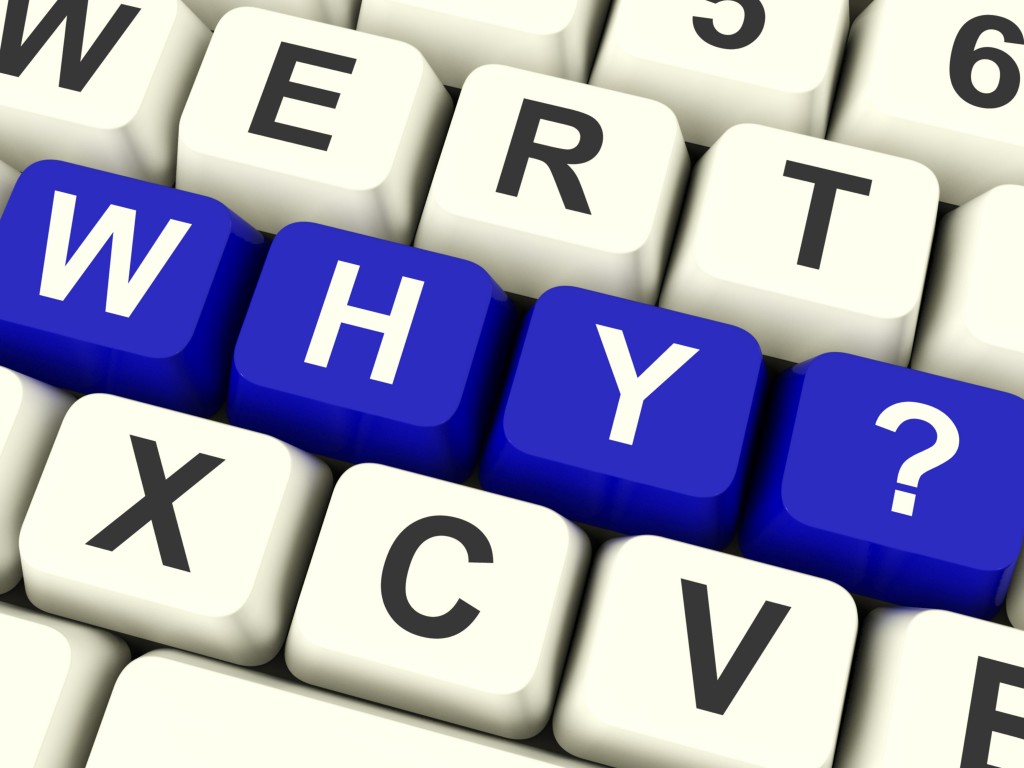 One thing that never goes away is the mythical notion that there are writing ‘rules’.

There’s no such thing as writing ‘rules’. All I (or anyone) can offer is what we’ve seen work. In return, we also have to remember there’s always going to be someone who does the exact opposite (and it’ll STILL work!!).

But this got me thinking … what would MY top tips, pointers, advice (even writing ‘rules’! :P) be?

So here’s a round-up of some of the insights and philosophies I’ve had rammed home to me (fnar) in my own career, time and time again. Do any resonate with you?

We hear this is possibly one of the only true writing ‘rules’ a lot. Meh. This is more of a loose guideline really, cuz one wo/man’s “boring” is another’s AWESOME. What’s more, just ‘cos you don’t like it? Doesn’t mean it’s automatically shit, or the target audience is stupid. Forget this at your peril.

This is the thing. “Reader proofing” your spec screenplay or novel so it LOOKS great on the page is probably a good idea. There are work experience kids out there reading our work and those guys latch onto bad format like the proverbial alabama tick we hear so much about in movies. Fact of (writing) life.

But that said, GOOD readers don’t care what a script looks like if the story is a grabber. I know we *all* want to be the ones who found The Next Big Thing. So actually, it doesn’t matter how great your format is if your actual story and/or writing sucks. Sorry! (Not sorry).

There are lots of great writers out there. Writers’ competition is MASSIVE. I can read great writing then whenever I want and more importantly, so can you. Go to your local bookshop or internet book-buying site; turn on your TV; go to the cinema; or call up your VoD service if you don’t believe me. You’ll find great writing is EVERYWHERE: a veritable embarrassment of riches.

But guess what: the same is true of the spec pile. Sure, the vast majority of it is turgid crap, but as they say: where there’s muck, there’s brass. There ARE great writers in the spec pile and you are up against them, too. That’s why the odds of “making it” as a writer (whatever that means) are astronomical.

Yet in my experience it’s NOT **great writing** that catapaults those gems out of the spec, but GREAT CONCEPTS. There may be no writing ‘rules’ but I stand by investing in concept as a non-negotiable.

We can argue the toss about what a “great concept” really means to a variety of target audiences, but ultimately it comes down to this: we don’t want stories that have already been told. So what have you got?

4) You CAN Develop Your Voice

But great writing is a result of craft, not MAGIC. Don’t listen to this utter BS. Know that you CAN identify your writer’s voice and what’s more, DEVELOP it. Don’t EVER listen to the naysayers.

5) Your Writer’s Integrity is EVERYTHING

So, what is Writer’s Integrity? Well, like Voice it can be hard to put your finger on and depend on the individual. But I reckon I can give you a pointer in the right direction (even if they boil down to string of cheesy clichés):

– Be true to yourself.

– Listen to your heart.

– Write what you’d want to read/watch, without fear.

Someone said to me once, “When it comes to writing, you can have money or kudos, rarely both.”

Personally I think of money as a by-product, a handy bonus if you like. I’m not into this writing lark for money (which is just as well ‘cos I’d be an epic fail if I had!).

But all that doesn’t mean though I ignore the marketplace. I want to know what sells and who’s doing it. I want to be involved in movies that make money. Why?

Because I want to help do my bit in facilitating the making of MORE movies. Not for money, but for the people who want those movies. I LOVE it when I see people on social media expressing their enjoyment for a movie I’ve had a hand in. and I’m not talking about critics – they can go f*** themselves – I’m talking about the true target audience of that film. THAT is my reward.

So what’s YOUR reward? Do you even know?

6) There is more than one way forwards 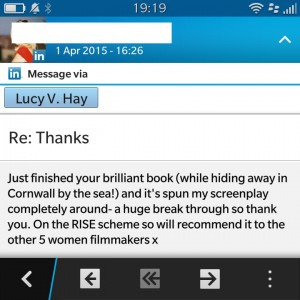 Unsolicited review & recommendation of 1 of my screenwriting books

Once or twice a year the online world erupts with talk of how the writing world is full of charlatans preying on unsuspecting writers. This is never louder than when pro writers join the fray, saying the way they did it is “the best”.

They may even imply anyone who says otherwise is a liar, or out to get in the pockets of desperate individuals who want a quick fix or a shortcut. Bbecause God Forbid new writers actually have agency of their own!).

Yet every time someone says *their* way is the only way and champions it as so-called “common sense”, this full-on erases the experiences of countless others’, such as (but NOT limited to):

– You gotta live in LA to make it Hollywood (pretty sure some of these ace screenwriters don’t; I can think of some others I’ve met and/or seen at LondonSWF too)

– Conferences, Courses & Pitchfests are a rip off (yet people do get reads, make powerful contacts and even sell their screenplays at them)

As far as I’m concerned, we’re lucky to live in an age where writers have a WEALTH of information out there, ripe for the taking, a huge mountain of it FOR FREE. Great. Start climbing.

Or maybe – just maybe – you can pay for a guide and not end up falling back onto the rocks. But it’s your call. That’s the beauty of it.

7) You gotta get out there

Everytime someone says it’s ALL about the writing, I both agree AND want to stab my leg with a fork. Whilst in an ideal world pages should speak for themselves, the reality is, they don’t always. Sometimes how we’re perceived by others (both online and IRL) can make a huuuuuuge difference. This can either be a good thing – because you can forge those all-important relationships that help you progress forwards (as point 6) – OR you can burn your bridges before you even get off the starting blocks. Social media is great but you gotta use it for GOOD, rather than EVIL.

8) It gets worse before it gets better

My last word: writing is the ultimate conundrum. The more you know – or think you know – the LESS you’ll think you’ll know what you’re doing. But the darkest hour IS before Dawn (more clichés!) and you will get there in the end … IF you keep on keeping on. What’s the alternative?

So what are you waiting for? Forget about those mythical writing ‘rules’ and get out there.

4 thoughts on “On Writing “Rules”: 8 Things I Remember”

previousTop 10 Quotes On First Drafts
next12 Authors On Rewriting