7 Things NOT To Say Or Do When Meeting Your Idol

We’ve got a cautionary tale today about being THAT writer again – we make the mistakes at B2W, so you don’t have to! Round of applause for Janey please for having the guts to out herself … And enjoy, everyone else!

A couple of years ago, I was travelling back to London from the South of France after a particularly depressing five days. I had gone there alone to see the sun, stare at the ocean and (most importantly) to try and finish my first screenplay. However, it poured with thunderous rain and just days earlier I had fallen out with the love of my life, so instead I spent the entire time watching Before Sunset and Before Sunrise on repeat, sobbing.

As I boarded the plane home and neared my seat, a charming couple approached asking if I would mind swapping with them so they could sit together for the last few hours of their holiday. Puke. I ungraciously agreed, and hauled my stuff to the back of the plane, plonking myself down.

After take-off I ordered a glass of wine and started work on my sorry excuse for a screenplay once again. An attractive older gentleman next to me leaned over.

“Not great.” I replied. As I looked up I noticed that he too had Final Draft open. “You?”

He had a kind face, and an open smile and my usual guardedness was lifted as we started to chat easily.

My companion was returning from The Cannes Film Festival having been there for a couple of meetings. We talked about story-telling, whether screenwriting was something you could actually teach, big-budget v low-budget and how, if you want to make something, you should just get your friends together and make it – he said that’s what he did after all.

You might be thinking that at this point I possibly should have realised that this man was a professional screenwriter. Well, thanks to either the wine, self-obsession or maybe even just his easy manner, I did not. Even more foolishly, after an hour of chatting, I decided it was no longer appropriate or polite to ask his name, and so, to my later chagrin, I did not.

The conversation cheered me up and I thanked him as we parted ways. 24 hours later, at the end of a shitty stint back at my day job, I felt a jolt of realisation. 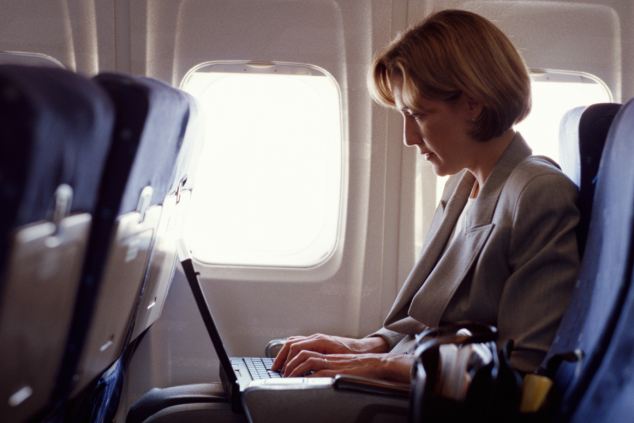 “It couldn’t have been – surely not,” I thought. “I’m sure he has dark hair…” But I couldn’t shake the feeling so ran to Google. It appears he does not have dark hair. The man on the plane, it turned out, was the world-famous and hugely successful screenwriter Richard Curtis.

After 10 minutes of hyperventilation I started going over certain aspects of the conversation. I would love to say our chance encounter could easily have been penned by the man himself, just like when Hugh Bonneville fails to recognise Julia Roberts in Notting Hill, but real life – as we often discover – is not like the movies.

Here follow my top tips for what NOT to do when you meet your idol (but are too stupid to realise it is him):

My final piece of advice therefore is to familiarise yourself with what your idols look like and if you ever think you may have met one of them – please don’t behave like me and definitely don’t forget to ask their name!

On This Blog Before:

What NOT To Do When  Meeting Agents, Producers & Other Writers

How Not To Be THAT Writer

Congratulations! You’ve Totally Just Shot Yourself In The Foot

BIO: Janey Ballantyne is an established Line Producer and an aspiring Screenwriter who has a terrible memory for both names and faces and often gets into film-worthy situations. Follow her blog at HERE and follow @janeyballantyne on Twitter.