On Writing: Sometimes, it just *is* 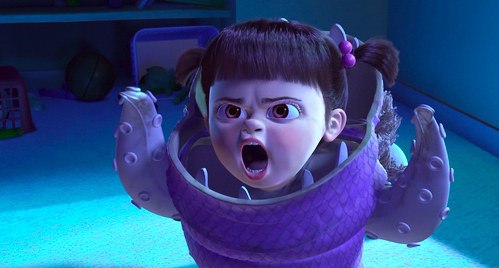 As a script editor, I spend a lot of time saying this to writers:

But, WTF? Obviously we should worry about every little single detail of our stories and characters otherwise we’ll go straight to WRITING JAIL and everyone will think we suck!!!

Fact is, storytelling is not investigative journalism, it is a smoke and mirrors game. If we had to worry about every single little thing in our stories, or to do with our characters, we would soon tie ourselves up in knots … Cos that’s simply not the way fiction works!

Look. I’m not advocating we leave whacking great plotholes or FORCE readers and audience members to take massive leaps of faith trying to follow our work; that would be silly. We ALL want to be the best writers we can be, otherwise what’s the point (we don’t do this spec screenwriting malarkey for the money after all!!).

HOWEVER, we also have to recognise that chasing after every single detail merely hobbles us as writers. But yes, there ARE things we have to let go otherwise it takes us away from the matter at hand … which is, unsurprisingly, THE STORY and WHY an audience would get on board. The short version: spend too much on the “past stuff”, we soon get bored. We’re watching (or rather reading!) your story for the PRESENT STUFF (whatever that means).

So when it comes to certain things in your story, or to do with your characters, sometimes the answer *is* thus:

This phrase may relate to character backstory or motivation (especially re: secondaries); it may relate to storyworld,  convention or genre; or something else entirely. Whatever. Probably the biggest issue writers have letting go is character backstory, in my experience. This is usually something to do with worrying about what potential viewers *might* say and most often affects the characterisation of female characters. That’s right! Howzat for a major own goal??? LE IRONY.

BUT “It just is” refers simply to the notion of hacking off a potential thread that could go off at a tangent and would otherwise serve to CONFUSE and/or DISTRACT from the “here and now” (ie. the story). However, many writers believe “It just is”  to be the cop out answer. They’ll say that if they don’t address absolutely everything they would be AWFUL WRITERS and “deserve” the plethora of internet critique out there ready and waiting to eviscerate every perceived writer failing …

But my answer to that is always:

a) You gotta finish your screenplay first (and get it produced!)

b) If people think your work sucks, it won’t be because we don’t know what happened to your protagonist, aged 6 before the ACTUAL story we’re supposed to be watching even began

c) If people like eviscerating writers’ work – and they do, everybody’s a critic now thanks to social media – then it won’t matter what you do (or not!), ‘cos those guys are NEVER happy!

Don’t believe me? Here’s a photogallery, dedicated to “24 Questions Disney left unanswered”. If you click through it, you’ll soon find your own response to those questions is most likely , “Eh? WHO CARES” – but only if you liked the movie. If you don’t like said movies, you may find yourself validated (though my counter point would be, if you don’t like the movie, why think about this crap at all?! But whatever floats your boat, innit).

Internet critique spends a lot of time pontificating on how writers and filmmakers apparently don’t think “enough” about [WHATEVER]. What’s more, as spec screenwriters, it’s very comforting to think how much BETTER we are than those who are actually making films – whether Hollywood or indie, THEY (whoever “they” are) are simply squandering their talents; rushing their work and releasing inferior work into the wild. Boooooooooo!

Yet, as writers, we should know better. We know how many hours we spend agonizing over various character and story decisions, so is it really likely that produced screenwriters haven’t done the same, at some point, re: their own work. Really??

Yes yes it’s true, hacks DO exist: they make creative work solely for money and don’t care whether the audience enjoys it; they just want bums on seats and to hell with what the audience actually think. But most creatives actually want to do GOOD work, work they believe in and yes, they want audiences to enjoy it! Quelle surprise. What’s more, for every hack I’ve met in this industry – and I remember every one – I’d wager I’ve met 50 of the good guys. That’s a very conservative estimate, FYI.

So guess what: spending 47 years over your character’s backstory (or whatever!) doesn’t separate you from said hacks. You just end up wasting time going around in circles rewriting, tweaking and having meltdowns.

You want to prove HOW MUCH BETTER you are than anyone else? Great! Go for it — but you have to get out there and get PRODUCED and get audiences in the theatres and yes, let Twitter call you a jerk for apparently not thinking about [whatever]. And trust me, Twitter is always angry about SOMETHING, so it might as well be your film.

So, cut the chains. Forget about worrying about every little detail in a bid to stop audiences and social media from getting mad at you. You haven’t got that far yet. You need to FINISH and you need to make sure you’re telling a GREAT STORY.

9 Ways To Celebrate The Progress of Female Characters, Writers & Makers

3 thoughts on “On Writing: Sometimes, it just *is*”

previous11 Things To Do NEXT As A Writer
nextWriters, Make A Choice