Some down to earth, practical tips from Russ today for new writers: is this you? What I like about Russ’ advice is it gives new writers ACTIONABLE steps to get started! So take some pointers from a guy who’s been there and done that! Thanks Russ 😀

(NOT a new writer? Then I’d love to hear YOUR tips in post like this, but for writers at your level – check out the guest post submission details HERE). Enjoy! 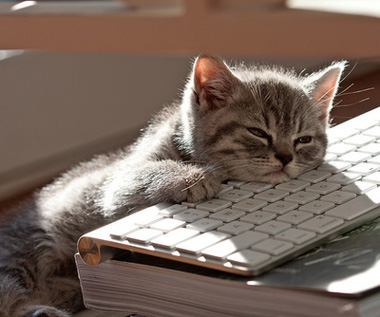 Don’t know where to start? Here’s Russ with some tips

Got an idea for a script? Want to become a writer? Well, here are my top 10 tips for any newbie writers.

OK, so I don’t actually have anything produced/published (yet …!), so why listen to a novice writer such as myself? I have no credits so surely advice from someone else would be better? Perhaps, but despite not having had anything produced, I have spent just about every night for the last two years writing or reading and researching blogs and advice etc on the internet. I have sweat blood and tears,  had numerous arguments with my wife over the time I’ve spent and my waistline has significantly increased as my gym trips decrease. Basically all of my spare time I write, or learn the mastery of screenplay writing.

But there are so many things that a new writer should be aware of, right from the start. Things that they will find out one way or another, but if I had known the below early on? I would have saved a LOT of time!

So this list is not for experienced writers, but purely for those with an idea in their head; a concept and are desperate to get started, or see if they’re on the right track. OK, here goes:

1) Get the right software

If I known this from the start, then I wouldn’t have had to spend several hours having to retype everything from a Word document into the proper software. Starting out, I researched the format required. All messages were fairly consistent: “make sure it is Courier 12 point”. I also read several produced scripts to see how the format looked and actively went on my mission to replicate that style using Word for my first screenplay.

But I can’t stress enough. DO NOT USE WORD.

Basically any agent or production company won’t bother reading your script past page one. It doesn’t look professional, so they won’t think you are professional. And trust me, using Word actually takes AGES to get the formatting sorted.

So what’s the answer? Several packages are available. Final Draft is popular but there is a cost associated. Therefore for newbie writers I recommend Celtx. It’s free and easy to use (numerous demonstrations on their website and YouTube). And it makes the script look professional. So don’t start out using Word. You will literally be wasting precious hours. MORE: Screenwriting Software: Which Is Best (Paid For & Free)

I originally joined Twitter to follow football-related information and banter for my beloved Newcastle United. Now I’m now using Twitter more to follow writers, agents, production companies, competitions etc. You’ll find out great tips and advice, as well as potential new opportunities from BBC and Channel Four and the like. MORE: A Twit’s Guide To Twitter, plus How NOT To Do Social Media

3) Read, Research and read some more

There are literally hundreds of great blogs to sign up to that all offer great advice. Most of them are genuinely keen to develop and help writers, so you will find you can ask them any questions you want. @Bang2write is fantastic and so is @SoFluid. For example, I recently asked B2W how you would go about writing a car scene. The feedback was invaluable. And of course, start reading scripts that are available. MORE: Top 25 Screenwriting Blogs – list from @writingspark

4) Know your screenplay format inside out

Use your research to find out the correct way to format scripts. Scene headings (slug lines) are written in a certain way, characters should be in capitals when introducing them etc. Remember too that script format can go in “fashions” like anything else and if you’re unsure, ask script readers their opinion or check out their blogs on what’s annoying to read. MORE: The B2W Format One Stop Shop

5) It’s not about dialogue, it’s about ACTION 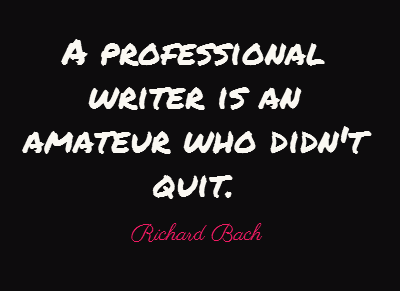 6) Stay in the PRESENT

Everything should be in the present tense. Danny eats. Danny walks. Danny throws the brick. And try to avoid using ‘ing’. E.g. instead of Danny is walking to the shops, use Danny walks to the shops. And try to use better words that walk. Danny strolls. Danny races. Danny struts. MORE: 10 Ways To Revitalise Your Scene Description

A screenplay is not a novel. So don’t write something like – Danny is annoyed that the woman pushed in. He had been in the queue first and feels he should be served first. I learnt this in no uncertain terms from a certain reader I had. Apparently actors hate it and so does everyone else. Instead, write something like:

A woman barges in the queue. Danny glowers at her, but she pretends not to notice.

MORE: How To Make Your Screenplay Visual

To be honest I would love some rejection. At the minute I’m not even getting that! But that will change. It’s a tough world and competition is fierce. You may think you have the next best thing, but expect rejection. Don’t let it put you off. Let it spur you on to write something even better! MORE: How To Deal With Rejection from @virtualwriters, plus When Is A Rejection A Rejection If I Don’t Hear Anything?

This is essential for any writer, of any experience, but it is crucial for a first time writer. After I had written my first script, I thought “Hollywood here we come” … Then I got it professionally reviewed and it was torn to shreds. 50% of the report was about general writing ‘errors’ which I have actively addressed in every script thereafter; 50% was on the story. Why it didn’t work. Why it was flawed. But how it could be improved.

So get feedback, because your script will improve. But a word of warning. Be prepared for criticism. I usually flash over the report looking for the praise, and giving myself a pat on the back while ignoring the rest of the report (the majority of it!) because quite frankly, I don’t like hearing anything other than “it’s brilliant”. But a day later I go back and read the report in full. I take on board every comment made and start to make major reconstructive work to my script. The script becomes far stronger as a result, as new and better ideas begin to flow. MORE: 5 Ways To Use Feedback Effectively

A lot of agents and the like want to see your CV. Simply writing one screenplay won’t impress them anywhere near as much as one which says you have written three. It shows you have determination and are a serious writer. But it also gives them more to choose from. MORE: I’ve Written A Screenplay. Now What?

For every agent accepting unsolicited material for film, I’ve noticed there seems to be at least six who accept manuscripts. And it’s a decent claim to fame to say you’ve written a book. It takes a long time mind, but the satisfaction upon completion is huge. MORE: I’ve Written A Book. Now What?

Like this? Then check out 9 Wake Up Calls For New Screenwriters by Mo Studdard

BIO: Russ Nelson is a keen writer who has completed two feature films and a novel and
has started working on a new 6 part drama. His goal for 2015 is to secure representation and he’s currently in talks with a no is in discussions with a NE indie prodco regarding one of his features, JUDGE, JURY & EXECUTIONER. Follow him on Twitter as @geordieruss1981.

previousA Tale Of 2 Scientists: How Contrast In Characterisation Works
next4 Indispensable Social Media Platforms For Writers