I first came across Phil Peel’s work as part of my 2012/13 “Pitch Me” comp and enjoyed his screenplay, PHOEBE LANGTRY, a huge deal. I was also privileged to help edit his fab, fun (yet grossly titled!) comedy short film, JOHN LENNON’S TURD (you can read Phil’s own guest post on B2W about the film, HERE).

So when producer Jason Attar contacted me asking if I knew any screenplays or screenwriters worth a punt on, I had no hesitation recommending Phil! Now Jason’s back, looking for MORE great writers for his new writing initiative, so I thought it would be a great idea for him to give a real life insight into what UK producers think about when considering screenplays and optioning them.

Over to Jason … Enjoy! 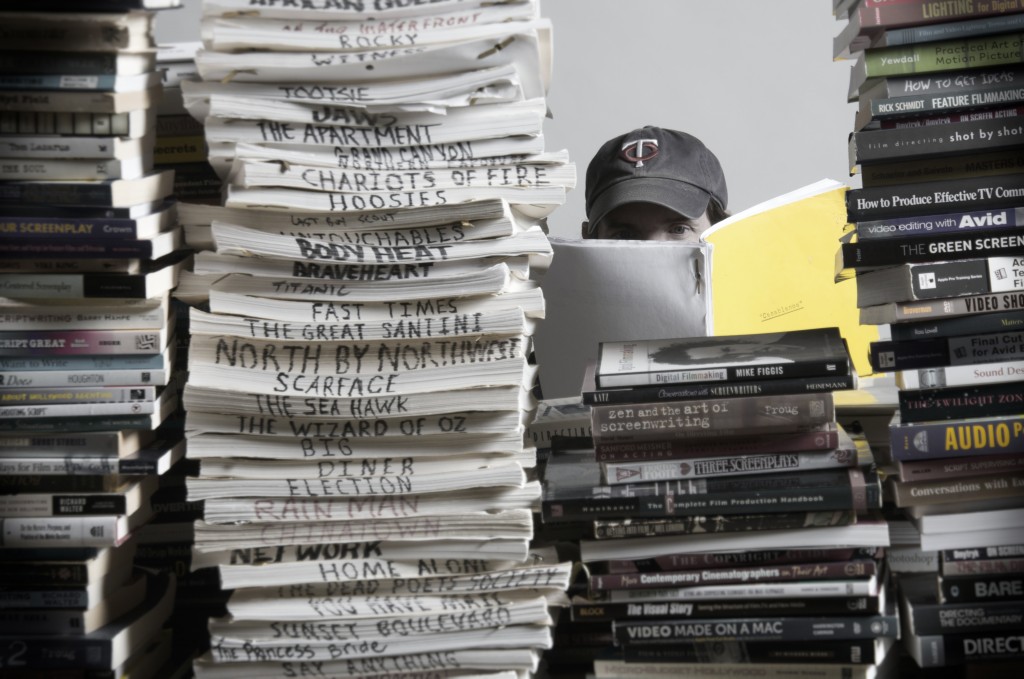 You lucky scribes! Writing is the very centre of a film’s universe and everyone is looking for the next big thing … So it should be easy to get your hit-in-waiting picked up, shouldn’t it?

Well, no. There are a lot of scripts out there and the sheer volume of material means that whilst the natural law that the cream will rise to the top should apply, in practice it generally gets lost in the milk, so to speak.

I’ve recently optioned a new screenplay by Phillip Peel which I hope will be the first feature film for Our Lot Studios. Lucy V Hay of this fine site introduced Phil’s work to me and I thought it might be useful to explain why Phillip’s script hit the WRITE spot for me.

The main characters in Phil’s screenplay are young women who bond and become heroes: this appealed, as it has feisty females who are not prepared to be pushed around and who will look great on screen. It also has Jack the Ripper as the evil ghost returning to exact revenge on our heroines. I think this will play very well with an audience, who seem to lap up this era and the mystery as to who Jack actually was. The script also reads very well with the A and B plots flowing nicely with the pace and overall story. It also has a sense of fun with off the cuff remarks from characters. This gives the script a knowing sense that it is a fun film; it is not trying to be a worthy Oscar nominee. MORE: Writing The Low Budget Screenplay, plus Thinking Like A Producer

Phil’s screenplay is a quirky horror, so this genre has a good chance of selling, but it is not a gorefest either.

It will appeal to a variety of audiences from the young looking for a jolt to a slightly more sophisticated audience who fancy something a bit trashy. MORE: All About Audience: Who Is Your Screenplay FOR?

Phil’s screenplay is focussed: it can be filmed in one location and does not require lots of performers. Money may be boring & prosaic (and from a creative point of view a passion-killer) but the cost of production is obviously massively important to me as a producer. My absolute top production budget is £500,000 and really I’m aiming at £350,000. Even the most brilliantly-written cast-of-thousands epic would be an absolute non-starter. There may be studios out there who would jump at such a project, but not me. I’m looking to make clever, creative low budget films with new talent, NOT Hollywood blockbusters with big name stars. MORE: Money Talks – All About Film Budgets

Making a film is a collaborative process and getting the initial draft script is only the beginning of the broader creative development of the project. I know this can be difficult to accept as a writer, but it is the same for everyone involved.

Most people making films do so because they feel passionate about the project and the industry; what’s more, they each have their own vision for the end result or their part within it.

Phillip gets this –  he really understands what we’re trying to achieve and how this will impact on the next stages of script development. MORE: 3 More Reasons To Write A Low Budget, Marketable Screenplay

Many thanks, Jason Attar of Our Lot Studios