Want to be a professional writer?

One of the most-hit searches leading to this blog is ‘how to become a professional writer’. So good news – you’re here! I can definitely help advise you on this.

But this is the thing. You’re doing all the classes … You’re reading all the sites and trades … You can even pitch and network like a pro … but there’s one problem.

That’s the bad news. The good news: you can start, TODAY!!

Here’s what you’ve got to stop doing, NOW …

So I’m speaking to a Bang2writer about books or films or TV shows, probably online, and ask: “Have you read/ watched X?” And here’s what I get too often in reply:

“Yes, but it annoyed me because of [REASON THAT HAS NOTHING TO DO WITH WRITING]”.

I’m not talking about valid writing-based reasons like, “the copy editing was very poor, which persistently took me out of the story”; or “I felt the character’s motivation was underwritten”; or “the structure seemed very lumpy, so the pace and tone was impacted”. I’m talking about stuff like:

This means going BEYOND our personal dis/likes and thinking about what that audience might want and whether they get it from that story. Sound hard? Yep. Sound even a bit of a paradox? Absolutely. But it’s 100% necessary if you want to start thinking like a professional writer!

2) Stop thinking there are rules to break

There are no rules to break, only risks to take. Just don’t be boring and don’t be precious about your work or an asshole and you WILL advance in your career. I can’t stress this enough.

3) Stop standing in your own way

Whatever you want, it’s up to you to and go get it. We all know this, yet I see waaaay too many writers self sabotage. It’s like they’re AFRAID to take massive action and get those massive results. So they don’t. Instead, they’ll rewrite and never finish; or they’ll isolate their peers with bad behaviour; or they’ll complain on message boards, be weird or generally just shoot themselves in the foot somehow.

So don’t do this. Be methodical. I know it’s difficult when you’re creative, but if you don’t say, “I want THIS to happen by X time” and measure your progress and evaluate that progress, you might as well not bother. Go and be a hobby writer. There’s absolutely nothing wrong with being a hobby writer, either; it gives pleasure to lots of people worldwide. But if you want to be a professional? You simply MUST have a strategy.

The Industry is not this mythical place where professional writers are awarded cake and balloons and yet the door is slammed resolutely in your face. **The Industry** is just a handy catch-all word for all those people who band together with their friends and colleagues because they so happen to share the same ideals, remits, desires for *whatever reason*.

These include agents and clients; publishers and authors; filmmakers and screenwriters, script editors and whatevers. So go out there and make some friends. Help people. Do stuff. And then one day you will wake up in someone’s CIRCLE and be part of **The Industry**.

5) Stop thinking it’s all about luck or money

No industry pro is simply lucky. Anything you see on book shelves (virtual or not), in the cinema, at the theatre, on television, on the internet is not only the product of hundreds of hours of work, but multiple sacrifices … personal, financial, you name it.

Most of us are not in it for the money, either: for every JK Rowling or Steven Spielberg, there are countless other writers and filmmakers simply scraping by. This is because even when you DO make money, you make so little the rest of the time it has to sustain you until the next time (if there is one). People bring others entertainment for the LOVE of it and yes there are charlatans and wankers, but most of the time, writers and makers want to create good work for their chosen audience and make people HAPPY. So before you slag off a work, writer or maker, just think about that.

6) Stop thinking it’s about “Making It”

I think it amuses every professional writer when others tell them they’ve “made it” because no professional I know believes they have. Why? Because every professional writer has the same issues they’ve always had, no matter how exciting their workload or what they’ve done/doing: they’ve still got rent, mortgages and childcare payments; they’ve still got worries about commissions (is this the last one??); they’ve still not got enough time to do everything they WANT to do; and they’re still that NEW WRITER they’ve always been, even if only in their heads.

To illustrate, I got a message the other day from a Hollywood screenwriter congratulating me on my new book. My first reaction was not, “Thanks!” but “YOU WROTE [AMAZING FILM], WTF!!” So don’t worry about making it: it’s not the destination, it’s the journey and all that guff. Besides, even when someone TELLS YOU you’ve “made it”, you won’t believe them anyway!

But MOST of all: 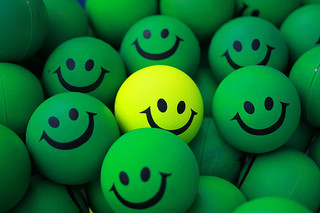 You’ve been writing a while, so you don’t jealous of your peers anymore. You see others doing well and whilst it might make you wistful that it’s not you, you figure you’ve gotta keep on keeping on – by the law of averages, it’s gotta be your time SOON, right? You’re right.

But bad industry stuff still makes you angry. You see or read a book with a shitty theme you reckon’s irresponsible / a  film that’s really just a video game of 2D characters/ endless fighting (Transformers 3, anyone?) / an industry pro saying something stupid and it gives you RAGE. WTF?

But, relaaaaaaax. These are the facts:

Ignoring the siren call of anger, resentment and slagging off can be difficult, granted … But when it comes to being a professional writer, that’s what it takes to separate the wo/men from the boys & girls.

It’s also how the rest of the professionals will pick you out from the deluge of others! When differentiation is the key to getting noticed, can you afford to just think about “liking” stuff (or not) any longer?