4 Lessons On Writing A Killer Logline 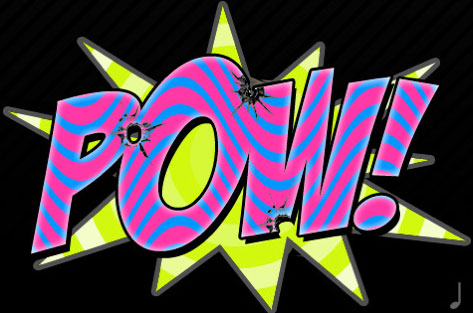 You have just completed writing the world’s greatest screenplay. Congrats! Now it’s time to show it to the world and prepare to cash that million dollar check that assuredly is coming your way.

Hold on tiger. Before any production company, or producer, is going to read your unsolicited script, you are going to have to entice them with a little literary foreplay. We call this a logline.

A logline is defined as one sentence that provides enough information about the protagonist, antagonist, setting, genre, and story that the reader can fully grasp what the film will be. The logline must be intriguing and capture the reader’s interest so that they want, no, must know more. All in under 40 words!

Writing loglines is a skill that must be practiced and honed by all screenwriters. Here are four steps to writing a legitimate logline that will get your screenplay noticed, thus saving it from languishing on your computer hard drive.

1) Start with the Set-up

You need to tell the reader what the general world of your screenplay is and what the inciting incident is that thrusts us (and your protagonist) into the story.

One of the easiest ways to do this is to begin your logline with the words “when,” “after,” or “as.” Here are two examples:

ZEN AND THE ART OF LAWN CARE. After hiring an eccentric gardener to care for the dilapidated gardens of her estate …

DECOMPRESS. When a middle-aged, divorced father is downsized from the career he has had for decades …

Now check out the rest of the logline, below.

We established the set up in just a few words, now tell the reader who your protagonist is and what they have to accomplish in the second and third act. This is also the time to describe who opposes them and what is at stake (the jeopardy).

ZEN AND THE ART OF LAWN CARE. After hiring an eccentric gardener to care for the dilapidated gardens of her estate, a widow discovers that his meticulous care is restoring more than just the flora, and her heart blooms as well.

DECOMPRESS. When a middle-aged, divorced father is downsized from the career he has had for decades, he retreats to a beach rental for solace to think about his future, only to be interrupted by a couple who love to drink and a sexy local bartender. 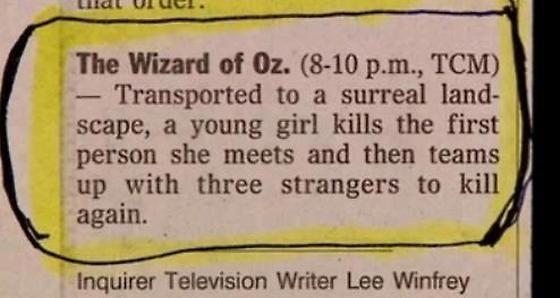 One of my favourite *re-imagined* loglines

When preparing to write your logline you must be able to answer four questions about your film. If you can’t, then you won’t be able to properly pitch your script to a potential producer and the fact is, your script is probably not good enough to do so anyway.

– Who is your main character?

– What is he or she trying to accomplish?

– Who is trying to stop him or her?

– What happens if he or she fails?

You have only 35 – 40 words, make every one count. You must use words that are visual and dynamic to describe your character and the scene. Verbs such as “battle,” “grapples,” “jousts,” “duels,” “spars,” “scraps,” “clashes,” are better than the more pedestrian “fights,” “opposes,” or “contends with.”

Your words should be exciting!

Ironically, it takes longer to describe what a logline is and how to write a good one (528 words!) than a logline is ever allowed to be.

Being able to write an outstanding logline is not only an art, but a sign of a true wordsmith. It shows potential buyers that you understand your story as well as the craft of screenwriting and can ply your trade professionally. Your logline should be part of every query letter you send out to pitch your script.

This article is only a basic overview of how to write a logline. Just as you should be reading professionally written scripts to perfect your skills of writing a screenplay, the study and reading about the art of loglines will help you hone your craft and could be the difference between your script receiving that million dollar purchase, or being one of millions of scripts that are never read.

Your logline will be the first words a producer reads about your script; don’t you think it would be wise to take the time to craft something worthy of the masterpiece you just completed?

BIO: Douglas King is a professional writer and author of Loglines: The Long and Short on Writing Strong Loglines, available now on Amazon. You can read his daily logline posts on Twitter as @LoglinesRUs or on his blog, HERE.

1 thought on “4 Lessons On Writing A Killer Logline”

previousProducer Case Study: 4 Reasons I Optioned A Screenplay
next5 Reasons “Missing” Female Characters Might Not Actually Be Missing After All (Plus What Writers Can Do Instead)