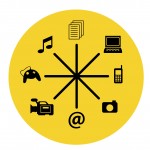 I gotta say, these days I’m more impressed with the Indie Storyteller. The writers with the entrepreneurial edge. The filmmakers who are bypassing the gatekeepers. I feel like we’re living in uncharted territory and the Indie Storytellers are out there, discovering new lands, planting flags, and claiming audiences for their own.

What Is An Indie Storyteller?

I define an Indie Storyteller as someone who takes their art into their own hands. They’re not willing to accept that gatekeepers are on the pulse of what the audience truly wants, and are willing to use the tools provided to bypass them and to reach their audience directly.

Here’s five Indie Storytellers who I believe are doing it right:

50 Kisses was a huge project where 50 scripts were chosen from thousands of new writers. Those scripts were then filmed by hundreds of new filmmakers. The best of the best of these films were then pieced together into one great feature length film which is being played across theatres now. What an awesome way to give new filmmakers a way of getting their first feature film credit.

LESSON LEARNED – You can crowd source content, as well as financing.

Deciding that the best way to promote one eBook was by writing another eBook, Hugh has built up a huge catalogue of work on his Amazon page. All it took was one of those books to take off, for Hugh to be thrown into the authorial limelight.

His seminal work Wool, has since been optioned by Ridley Scott’s production company.

LESSON LEARNED – Focus on quality content first and foremost … and lots of it.

Talk about prolific, the speed at which this writing trio publish their work will make you feel like plant-life. When they’re not releasing a new episode of the Self-Publishing Podcast, they’re probably working on the next episode of Yesterday’s Gone, or White Space, or Unicorn Western, or The Beam, or whatever other ongoing titles they’ve got going. They use modern marketing methods such as funnelling and list building to build their audience and to sell their works.

Deciding that they are going to be the HBO of eBook publishing, these guys are on a mission.

LESSON LEARNED – Be prolific and utilise modern marketing tactics to your advantage.

Personally, I came across Chuck’s works through his blog, where he offers educational, albeit unsanitary advice to traditional and Indie writers. Over the years he’s built up an army of fans who will truly follow him and his voice into the darkest depths of the horror and thriller genres.

He utilised this army of blog readers to help crowdfund a series of novels. Once he’d passed the financial threshold for one book. He said, if you keep funding me, I’ll keep making them, and they did.

I love BlinkWorks’s model for their film. They’ve pretty much summed up their filmmaking model in this graphic: 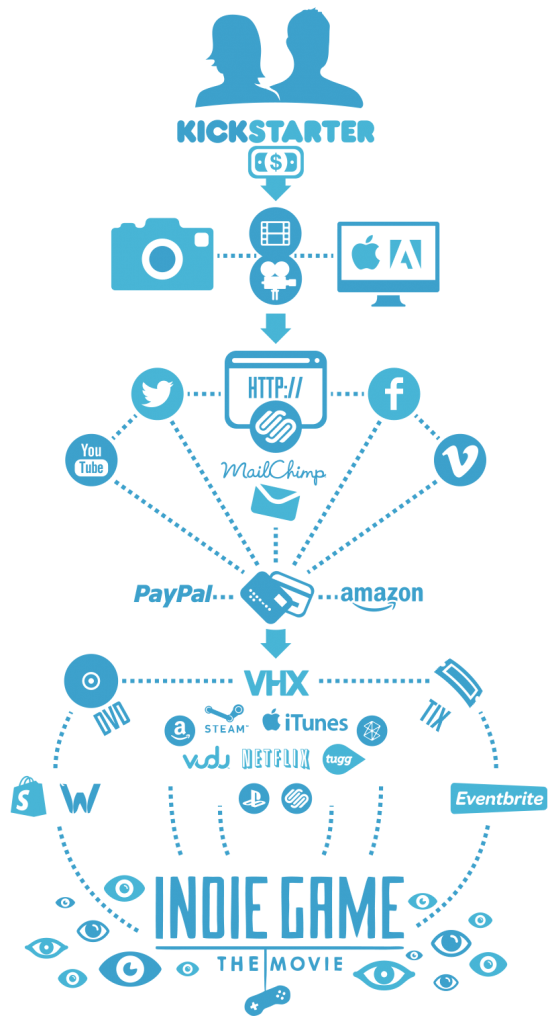 That right there is all you need to make a film.

I know a lot of filmmakers who are trying to use this method. Crowdfund the initial money, produce the work, and then distribute online, however BlinkWorks really nailed it they tapped into a subculture which was predominantly already on the web.

LESSON LEARNED – Find an existing audience and go where they are.

I think it’s important to learn the lessons of successful Indie Storytellers, but it’s also important to recognise the thing they have in common is the willingness to push forward, to lean into the dip, and to tell their stories no matter what.

BIO: Luke Kondor writes stories and make films and stuff. Underdog style. When he’s not interviewing storytellers on his podcast, he’s working on his book of short stories. He blogs. He tumbles. He tweets at @lukeofkondor. Join his super special mailing list and he will consider you a true friend for the rest of time.