On the day book 2 of The Decision Series, JASMINE’S STORY hits the virtual shelves, many thanks to @LizziesDecision ally and photographer/filmmaker Jendella Benson for this week’s excellent guest post about Diablo Cody’s Oscar-winning dramedy JUNO!

Jendella has been taking pictures of young mums and their kids for her visual project on the subject, which included me and the Male Spawn. I was honoured to be part of the project and Jendella’s currently crowdfunding so she can set up her own exhibition and workshops on the theme of Young Motherhood. This is of course very dear to my heart, so please do check out Jendella’s links and follow her on Twitter as @JENDELLA and @YMotherhood_UK. Enjoy the great article!

“Let’s do a film about a sixteen-year-old girl from Minnesota who gets pregnant and wants to give the baby up for adoption – and it’s a comedy!”

Not really. It sounds like a terrible lowest-common-denominator comedy that will offend almost every demographic on the face on the earth (except of course the all-reigning white straight male contingency).

So how did Juno manage to spin such a yarn into an international win scoring over $231million in revenue and an Oscar in the process?

First of all there’s the character of Juno herself. She’s not the misguided waif who uses sex and other vices to block out her troubled past, nor is she the usual suspect who we’re told gets pregnant as part of a grander scheme of treachery. She’s a pretty confident, tomboyish girl whose wit and kick-ass attitude alongside her youthful naivety and idealism is endearing to us all. 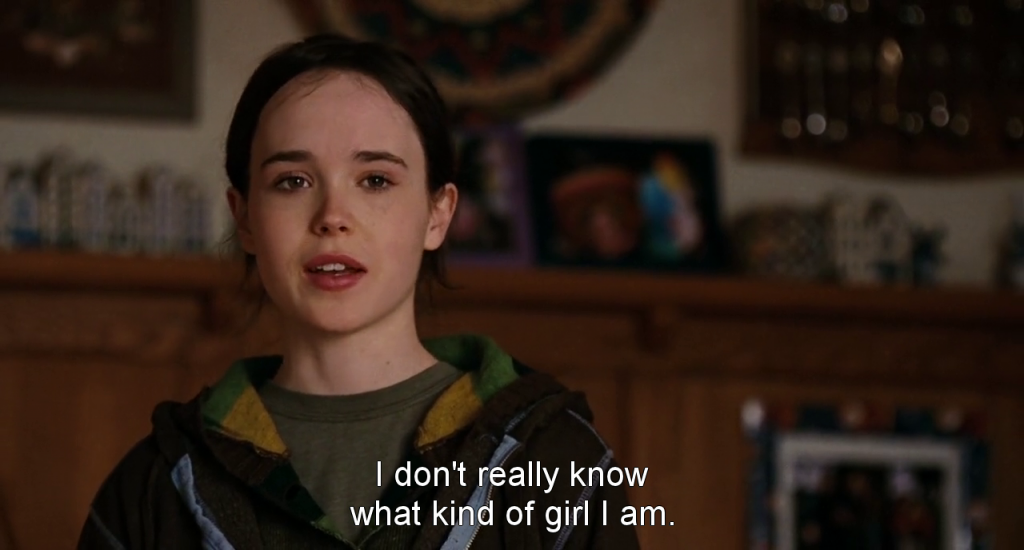 This layered portrayal of a teenage girl doesn’t succumb to falling into the bimbo/calculating temptress or madonna/whore binary categories and this is seriously refreshing! Also, the fact alone that she’s a teen girl who is “sexually active” but isn’t at any point sexualised or objectified deserves all four of the film’s Oscar nominations!

Juno is not a sentimental retelling of what is often a difficult time for many young women and their families, and in the place of sickening sentimentality is a realistic portrayal of some of the issues that many young pregnant women face: in particular the reactions that Juno receives from both her peers and the adults in her life.

Juno’s parents’ shock, disappointment and occasional mildly disparaging comment is eclipsed by their stoic support of their daughter, with particularly amazing moments that come in the face of the judgmental and negative reaction of strangers:

Ultrasound Technician: I just see a lot of teenage mothers come through here and it’s obviously a poisonous environment to raise a baby in.

Juno: How do you know I’m so poisonous? What if these adoptive parents turn out to be, like, evil molesters?

Bren: They could be utterly negligent. Maybe they’ll do a far shittier job of raising a kid than my dumbass step-daughter would. Have you considered that?

Ultrasound Technician: I guess not.

Bren: What is your job title exactly?

Bren: Well, I’m a nail technician and I think we both ought to just stick to what we know. 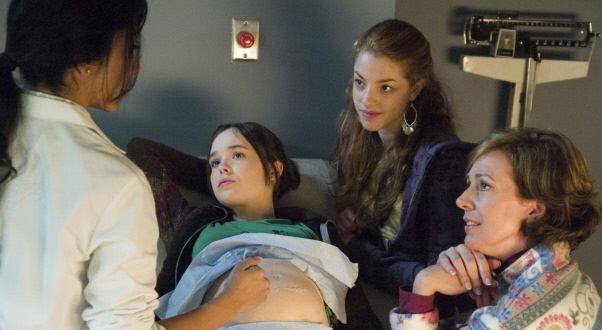 This film manages to address some of the emotional conflicts present powerfully but subtly – no resorting to the shoving of tears or melodrama down your throat. From Juno’s trip to the abortion clinic to the breakdown of Mark and Vanessa’s marriage and how Juno digests this in the context of her own parent’s divorce and remarriages, the film shows this intersection in Juno’s life, when adult issues and youthful idealism come to confront each other, in a way that is both touching, funny but in no way patronising or simplistic. 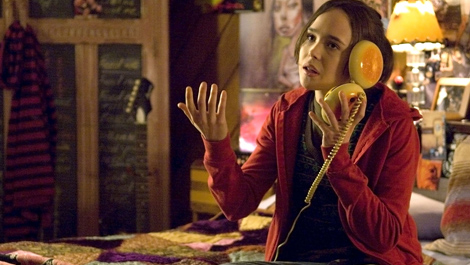 So how is this achieved? It goes back to the characters. Characters and stories rooted in real human experience instead of caricatures and lazy stereotypes leaves room for a writer to really explore issues of the human condition with an authenticity that an audience can connect with – whether they can directly identify with the characters’ experiences or not. This is how even touchy subjects such as teen sexuality and shame can be addressed in a way that doesn’t make the audience want to vomit or gouge out their eyeballs.

Is Juno a pro-life or a pro-choice film? Well, it’s a film showing the complexities and nuances of pregnancy and the possibilities of adulthood in the life of a sixteen year old girl… So I’d say neither! Because if there’s one thing that Juno does in both character and story it is communicate that life is never as straight forward as being black or white and that there is plenty of value to be found in the grey areas. And if we’re honest with ourselves, we all know that those are often the best bits!

BIO: Jendella Benson recently launched a crowdfunding campaign to support her project Young Motherhood. The project addresses the stereotypes and harmful misconceptions about young mothers in the British media through photography and film. More information about the project and campaign can be found HERE. Check out Jendella’s own website, HERE.

3 thoughts on “4 Reasons To Love JUNO”

previousMaking It As A Writer: 25 Reasons You Haven’t Yet
nextTop 6 Reversals In Movies