I’m a big fan of Tim Clague and Danny Stack AND kids’ movies, so when I saw they’re currently crowdfunding for their kids’ feature Who Killed Nelson Nutmeg?, it was a no-brainer: I HAD to have them on B2W to share their delicious brains with you lot!! There’s some BRILLIANT advice here that **anyone** can achieve, so don’t get down in the dumps about getting nowhere, think about how you can MAKE IT HAPPEN, just like Tim and Danny. And then show your appreciation by backing them! Check out their Kickstarter page, or click the pic below. 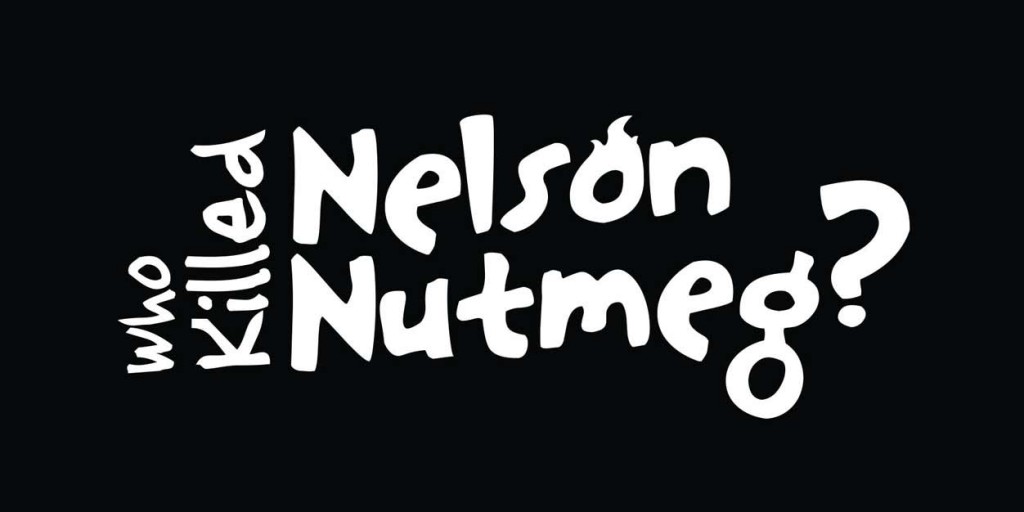 Hi Bang2Writers. Tim Clague here. You may know me as a blogger or maybe as one half of the UK Scriptwriters Podcast, alongside my good friend Danny Stack. I’m a BAFTA nominated writer, who also works in the games industry and directs commercials and other stuff. Danny is a writer who has worked on Doctors and EastEnders and more recently, children’s TV (Octonauts and Thunderbirds Are Go!). Now, we’re making our own feature film together at last called Who Killed Nelson Nutmeg (click the link to read about it!).

We know everyone in internet-land loves a list. And those crazy advents online are always talking about the “one weird trick that a housewife has discovered”. So now we bring you our own version to tantalise your mouse. Here are 5 weird things we’ve done, that have worked, in getting our film to the stage where it is in pre-production and live on Kickstarter:

1) Forget about the credit

Everyone wants to be the director, the big cheese, yes? But many years ago a very rich businessman gave me a tip. He said; “You can get whatever you want in life, so long as you don’t want the credit”. I think he was right. So my offer to Danny was let’s co-write, co-direct, co-produce this together to get it off the ground. Double our number of contacts, double the investment, share the work. Now, yes, sometimes I do more than 50% of a certain job than Danny does, and sometimes the other way around. We don’t care. We are sharing the credit half and half and that’s that. The bigger danger would be bickering about credits instead of doing good work. 50% of something awesome is better than 100% of something rubbish.

2) Don’t bother with a script

I’ve tried to get two really excellent features off the ground before. The scripts of both were pretty damn good, they did well in competitions and got good feedback. So clearly, the script wasn’t what was stopping the films from happening. It was other reasons. So why repeat that mistake again? Instead, for the first 3 months of this new project, we had no script. That’s right, we started casting, crewing and location hunting with no script at all, not even a rough draft. Why? We knew we could write a decent script between us. That wasn’t the main blocker. Having no money, no cast, no crew, no location – those were bigger blockers. So we started work on removing those blockers first. Do you still need a good script? Hell yes. You know it. Do you have good scripts already in your archive? Maybe. So focus on the real reasons why you aren’t shooting those scripts right now.

No one knows about your film. They have never heard of it. They don’t care. So if you launch your Kickstarter you are using up your valuable 30 days trying to tell people about it. Instead of doing that, make lots of content first and spread the word. We had 3 months of Facebook and Twitter activity and also 10 videos done BEFORE we launched.

Most people’s debut feature films are thrillers, horrors, found footage, zombie films etc. Why? Because these genre films don’t rely upon big star acting names in order to be successfully marketed. But there are other genres that is also true of. Less crowded genres. We picked a kids film – with kids in the lead roles. Kind of like The Goonies or those old Children’s Film Foundation movies from the past. The kind that doesn’t get made anymore, despite people still making kids. A film in this genre builds upon our past successes and makes sense. But also it means we will only have to compete with about 3 other British films like this – in the whole of the UK, in the whole of 2015. Okay, so maybe it’s not cool and we can’t show off our arty farty directing prowess and look all enigmatic at film festivals. GOOD! I’d rather make a film that kids love and want to see more of.

5) Only ask for £1 from people for your Kickstarter

Asking for a quid is easy. Most people can chip in a oncer. But they a pound coin doesn’t help much? IT DOES. It helps you get your project onto the Kickstarter emails and homepage. That’s because the Kickstarter metrics tend to look at the number of backers much more than the amount raised, as it shows the breadth of engagement in a project. So explain to people that one pound is enough and it is indeed welcomed and much needed. Of course, once people are checking out your page to give you that 100p, they will probably be tempted by your cool rewards and give more.

6) Bonus tip!! Let everyone know about your Kickstarter page