6 Reasons Dialogue Is Your Enemy

So, whenever I say dialogue is overrated (which, let’s face it, is A LOT), hordes of indignant writers holler at me over social media, “Nooooooo! How can this BE????”

You might love your dialogue. You may think it’s your friend. But believe me, Bang2writers when I say dialogue is actually a wolf in sheep’s clothing! Dialogue is the worst kind of frenemy you can have, for it will literally HARPOON your spec’s chances in the marketplace (or of even getting written in the first place!), like an unsuspecting and defenceless whale in Japanese fishing waters, first chance it gets.  100% True Factoid. Aaaaaaah I love whales: 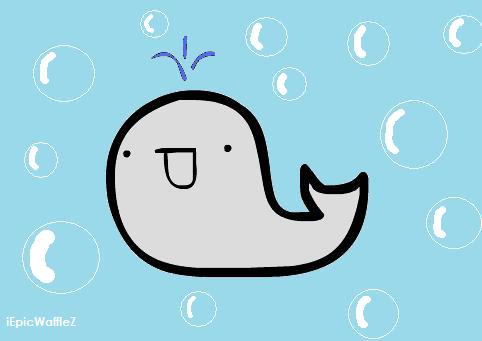 ANYWAY. Here’s why dialogue is the screenwriter’s ENEMY:

1. It disappears in redrafts.

You’ve written too much dialogue. I can tell, without even reading it. Why? Because everyone does, especially in early drafts. You need to get rid of probably a third or even half of it in your next draft. YES REALLY. Get this. It doesn’t matter HOW GREAT your dialogue is … when you’re redrafting, it has a tendency to simply disappear in a puff of smoke. Why? Because there’s a strong chance you’ll need to rip out great chunks of your writing, anyway — meaning that fabulous dialogue you slaved over is GONE quicker than you say, “Holy Screenwriting Smoke, Batman!” That’s because dialogue is the LEAST important element of your screenplay. True fact. Get used to this fact and you will no longer be shackled to scenes or even characters or even whole drafts that simply are not working: you will be FREE young grasshoppers! MORE: 5 Reasons Dialogue Is Overrated.

2. It screws up your page count.

The thing with dialogue is it  can “inflate” your draft … it literally becomes BLOATED with it. So, you THINK your screenplay is a minute per page? If it’s bloated with dialogue, it’s NOT EVEN CLOSE. Dead serious. Think about it: an actor will rocket through those lines and boom! The pages are all gone – all because you concentrated on dialogue at the expense of STORY.

But how do we diagnose if our drafts are bloated? Well, take a leaf through it for starters. Got 2+ pages of exchanges? CUT. Got long monologues? CUT. Got characters who typically say more than roughly 3 lines? CUT. Yes, yes yes it’s “all needed” blah blah blah but is it REALLY?? Most writers don’t set themselves any limits when it comes to dialogue and as a result this is when scenes get flabby with dialogue and hey presto: flabby scenes mean a bloated draft! A good rule of thumb is only allowing ourselves 1 page for “ordinary” scenes and up to 3 pages for “extraordinary” scenes – so okay, it’s just a perimeter but guess what: it’s better than having no perimeter at all, because it keeps us on our toes! MORE: The Ordinary Vs. The Extraordinary

3. It makes your structure skew-whiff.

It’s a no-brainer to assume that a draft bloated with dialogue will also have dodgy structure, but did you know that if you only allow yourself **only certain scenes** to go dialogue uber-heavy, you will ALSO end up with structure going lumpy AS WELL? I’ve lost count of the number of drafts I’ve read where a writer has written a gorgeous, lean set up and and fabulous dramatic conflict, only for the resolution to be packed to the rafters with dialogue! Ack. Supersadface. This is usually because the writer in question thinks a variety of expositional *stuff* needs EXPLAINING. It does not need explaining. You need to meet your exposition out in small doses throughout your story. Do NOT backend it to the resolution! MORE: 5 Ways To Beat Exposition

4. It takes over scenes.

These are the facts. You’re writing a screenplay … emphasis on SCREEN, not “play”. But guess what: *most* screenplays in the pile are like plays, more in keeping with being on stage, ‘cos they’re theatrical in feel. Uh oh.

NEWSFLASH: if your scenes are going on for 2 or more pages of changes of exchanges? Cut them. Cut them now. Why? Because your spec is like 99% of the others in the pile — taken over by dialogue. And it doesn’t matter how great or vital you THINK that dialogue is, fact is readers want you to tell the story VISUALLY.

“Oh, it’s a talky film/show,” writers will say. No. JUST NO. This is absolutely no excuse to let your screenplay ramble on for pages and pages with dialogue. Yes, yes you’ve read somebody’s PRODUCED script that does this – good for those guys! – but yours is not only a spec, you have to prove you know the difference between a theatre play and a screenplay. This not only means yours will be under harsher scrutiny, you have to show actively on the page how theatre plays and screenplays differ, eg. in screenplays:

i) What you see is what you get (even when considering characters’ psychological elements, like their motivations)

ii) Scenes should not EVER be static

iii) There’s more than one “POV” for the audience (rather than them sitting in front of a stage)!! This means you need to tell a story in such a way that a director and DoP et al can come along and create a VARIETY of shots like long shots, establishing shots, POV shots, close ups, extreme close ups and so on  – to give the audience the characters’ worldview.

Bear the above in mind at all times or feel the wrath of script readers in all corners of the writing universe. Just sayin’. MORE: 3 Tips To Get Rid Of Static Scenes and How To Make Your Screenplay Visual.

5. It makes you think you’ve got great characters when you haven’t.

You’ve written some great dialogue. Brilliant! Well done. Does this mean your character is great too? Um, no. Sorry (not sorry).

But how can this be? Well let me put it this way: just because someone has the gift of the gab, does this mean you think they’re automatically a great person? No, of course not: it means they’re have a cool way of speaking. That’s it. It’s the same with fictional characters. So your clichéd character has some cool lines? They’re still a cliché. The only way you’re going to stop them from being a cliché is by giving them motivations and actions that AREN’T clichéd!! MORE: 6 Stock Characters That Need Retiring By Writers NOW

6. All those writers, renowned for their dialogue? AREN’T.

So two or three times a year, I have a conversation that goes something like this:

ME: Your screenplay has too much dialogue in it. You need to do something about that.

WRITER: Um, what about Quentin Tarantino/ Aaron Sorkin/ **insert Bigshot Screenwriter here**?? He writes loads of dialogue. He’s renowned for it. What would you have told him, eh? EH?

ME: Le sigh. If he wrote dialogue like yours in his spec, I’d tell him the same thing.

WRITER: Don’t patronise me Script Nazi! My dialogue is BRILLIANT.

ME: Sure, bits of it is good. But do you need the long monologue about timekeeping, or the trials of beekeeping? They’re nothing to do with the actual story.

WRITER: What about the Smurf bit in DONNIE DARKO? What did THAT have to do with time travel?? I’ll tell you: nothing. And that’s why it’s AMAZING.

The fact is, yes, there ARE Bigshot Screenwriters renowned for their dialogue. Do you know why? It’s because dialogue is the easiest thing for laypeople to pick out! Hence the popularity of certain lines … But those lines are not JUST picked out because they were written well, but because those lines were DELIVERED WELL by the actor playing the part, too. Spec screenwriters don’t have this advantage, because their screenplays have not been produced yet. DUH.

Besides, the likelihood of ANY bigshot screenwriter being picked up on spec solely for their dialogue is, I’d wager, practically ZERO. In other words, it’s not *just* their dialogue, but the whole package: story, structure, characters … but more than anything: their brilliant, bombproof CONCEPT. In other words, you need to ensure EVERYTHING is great, just to get renowned for your dialogue … Can you do it? If you can, be my guest. MORE: 7 Ways To Showcase Your Voice plus Don’t Waste My Muthafucking Time! and 4 Reasons Your Concept Counts Above All Else

6 thoughts on “6 Reasons Dialogue Is Your Enemy”