Many thanks to Rob Stickler for tagging me in this blog tour about my writing. Everyone gets the same 4 questions, so here are my 4 answers! 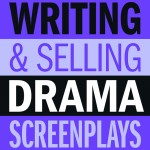 I’m currently working on my second non fiction book, which as the name  suggests is about drama screenplays. This time, the book will be rather different to WRITING AND SELLING THRILLER SCREENPLAYS, because whilst drama might have certain sub categories, a drama **can** literally be ANYTHING. So I’m approaching the notion of what *makes* drama “satisfying” in terms of storytelling, using detailed case studies and for which I’m thrilled to announce I have “behind the scenes” insights from Kelly Marcel, co-writer on SAVING MR BANKS and Eric Heisserer, who wrote and directed HOURS, starring the late Paul Walker. There’s also case studies on Brit faves like DEAR FRANKIE (2004) and BEAUTIFUL THING (1996), too! Read more about it, HERE.

2) How Does My Work Differ From Others Of Its Genre? 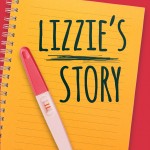 Non Fiction-wise, my writing on film in both my books is not academic in tone and I hope, informative, helpful and ultimately, fun to read, basically! 😀

Fiction-wise, I write Young Adult fiction (YA) about social issues, always using female protagonists, for a predominantly female audience of approximately 14-20 years old; what’s unusual about it is I do not try to “lecture” my target audience, but present the MANY different ways and choices a given situation – like teen pregnancy, in LIZZIE’S STORY – *could* play out. I do this by trying to ensure I never present the “right” way to approach an issue, plus I also try and engage my target audience via transmedia online, such as via LIZZIE’S DIARY (which details the backstory leading to the events in the novel, read instalments 1-4 HERE) and sharing links, quotes, articles and so on via The Decision Facebook page and via @LizziesDecision on Twitter. [BTW: if you want to read THE DECISION: LIZZIE’S STORY, it’s currently on the Amazon Countdown Kindle Deal, meaning it’s just 99p for the next day, then £1.99 thereafter this week (RRP £2.99 normally) … but hurry! It ends on April 3rd!! Check out the deal here.] 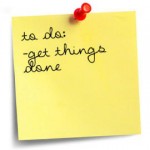 In terms of my non fiction, I think films – and storytelling – should be for EVERYONE, not just those who do expensive screenwriting and filmmaking MAs; I want to be accessible to as many people as possible, so I hope my screenwriting books are especially inspiring to those who maybe would not have thought they *could* be writers. What’s more, I don’t believe in over analysis either: sure, stories are open to interpretation and media imagery means different things to different people, but at the same time I think it’s desirable to temper that with the knowledge that film is a visual medium created by MANY people, thus we cannot *just* say “what you see is what you get”. No one person is the authority on what is a collaboratively created medium. 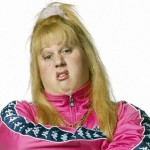 In terms of my YA fiction for teens and young people, I’ve blogged before in detail that I was “written off” by society as a teenage single  mother, yet it was actually the making of me and INSPIRED me to achieve, rather than fail. I’ve also met many former teen Mums the same as me and felt frustrated that so many young women are asked to apologise for their success and even collude in their own shaming. Society represents us all as “Vicky Pollards” and enough is ENOUGH. Also, as a trained teacher I’ve been privileged to be party to so many young people’s stories that don’t necessarily get the attention they deserve. Being marginalised like this and seeing others marginalised too for a variety of different reasons made me want to write The Decision Book Series, of which Lizzie’s is just the first. The next book, JASMINE’S STORY will follow soon, which will be about depression, self esteem and self harm.

4) How Does My Writing Process Work?

i) Think about writing / do other stuff 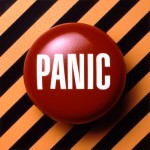 iii) Twat around on social media / do other stuff

v) THEN write like the wind. For days and days and weeks and weeks. Act weird. Freak out some more.

There’s got to be better ways of doing it, of course … And every time I think, “I really oughtn’t do it like that next time.”

Except I always do.

NEXT UP IN THE BLOG TOUR:

Tag you’re it, ALL blogging Bang2writers! 😛

previous9 Steps To Get Your Spec TV Pilot Written, Edited & Sent Out …
next5 Reasons Why Theatre Is A Writer’s Best Friend