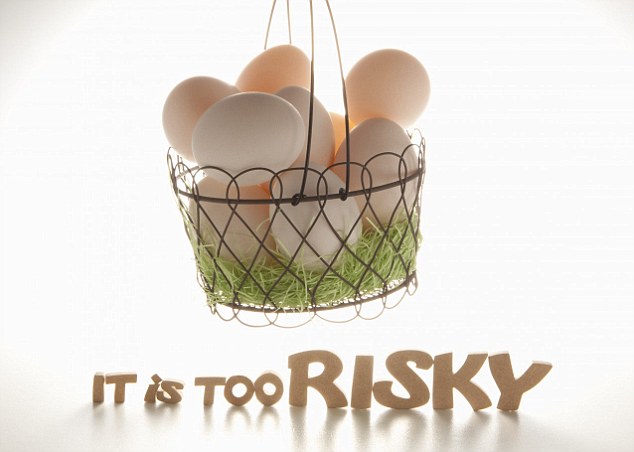 NEWSFLASH – someone is stopping your writing success and it’s not who you think it is … It’s you! True story. When it comes to writing, forget those mythical “gate keepers” who won’t give you a chance … A writer can be his or her OWN worst enemy. Here’s 6 ways I’ve seen – and been! – it:

1) You’re scaring everybody off

This is the thing. How you present yourself – especially online, but also networking in real life – is how people will decide whether they CAN work with you. So if you leave this sort of thing up to random chance, believing others can “take you as they find you” then there’s a strong chance they’ll just find somebody else. Look, OBVIOUSLY I’m not suggesting you LIE to people … That’s no good either. Just know you CAN give people a great impression of who you are, what you do and that you know what you’re talking about – whilst still remaining true to yourself! MORE: 5 Ways Writers Kill Their Credibility Online

And another thing, lieutenant: if you know your stuff? You don’t have to ram it down people’s throats … And by this, I mean don’t try and “save” anyone, or even just change their opinion. You can’t; people will make up their own minds! Oh, and don’t forget: never, ever, tell Pro Writers they’re doing it wrong. In other words, avoid being a Keyboard Warrior at all costs.

But OK, let’s say you’re not a Keyboard Warrior … But you can still try too hard.  Fact is, if writing really is THAT difficult for you? You’re probably better off doing something else. Seriously. Writing is supposed to be fulfilling and fun, regardless of whether it takes you somewhere or not. Don’t let success (or lack of it) validate you as a human being. Life is too short to be miserable. So if writing does not fulfil you and is NOT fun? Try crochet. Or croquet. Or crocodile wrestling. Anything! MORE: Writing Might Be Hard Work, But That’s Not The Same As Being Hard

3) You’re putting all your eggs in one basket

You’re in this for the long haul, I get it. So you need new material ALL THE TIME. Too often, I see scriptwriters and novelists hocking the same screenplays and books, OVER AND OVER. No. Just, NO. If you want to progress, you simply must have new ideas and new material to put out there ALL THE TIME. You need to be able to answer, “What are you working on?” and “What else have you got?” at a moment’s notice. Otherwise, you will get left behind. It really is as simple as that. MORE: 5 Career Strategies For Writers and @LeeZJessup, Screenwriter Career Coach: Time Is NOT On Your Side

4) You’re spreading yourself too thin

Know what you can do in what amount of time and NEVER exceed that. This will differ for different people, obviously. For me, I only write two books at a time, maximum, plus one has to be fiction and the other non fiction. This is because I am also script editing (usually one project at time), but doing script reads as well – so that’s 4 different things at the same time. Add my family and life stuff? 5. Boom I’m done. No more.

Sometimes it can be tempting to exceed that … But I mustn’t. My health and sanity only stretch so far. But still, from time to time, I am tempted. Only the other day I was pitched a GREAT idea for a movie via an agent’s assistant. But I passed on it. Why? Well, there were several reasons:

i) it was a collaboration, so no money upfront (and I’m broke)

ii) Even though I liked it a lot, it was in a genre outside my usual remit (which is Thriller, dark, YA, gritty, female protags etc)

iii) Though a great writer, the filmmaker was untried and untested (no guarantee of it getting made)

You must also make decisions based on REALISTIC expectations of what’s possible not only in terms of timing, but whether a project is “worth it” or not (such as whether it will come to fruition or not). Take on more than you are capable of and you will end up letting people down. Let too many people down and your name will be mud, in an industry where you have ONLY the strength of your good name. MORE: USP, Part 1: Your Project and USP, Part 2: You The Writer

5) You can want it TOO much

My longterm homie @Petewrites tweeted me with this from @Silverwingscrpt. I was amazed to read her journey of “giving up” on writing (and then discovering it freed her to BECOME an actual writer!) was almost identical to my own. This bit was especially resonant for me:

“When you squeeze your fist into a ball, your knuckles turn white and blood stops flowing, but when you relax your hand a bit it starts to flow again. The same is true for our creative pursuits. When I was clinging so tightly, working so hard, yearning so deeply for the Almighty End Result, I blocked the flow of energy – energy that freed up again once I pointed my attention in another direction.” (from: ‘The Curious Outcome Of Giving Up On My Dream’ – 2019 note: link now dead, sadly).

Why It’s So Relevant

I can really relate to Leigh here; I wanted validation TOO much, to show I wasn’t “wasting” my time … But more importantly, my children’s childhoods. I didn’t want them thinking dreams were worthless. Obviously I wanted them to follow their own, butI mistakenly believed that if I didn’t “make it”, they would automatically think failure was inevitable.

I realise now that not only is the journey just as important, but that the only failure is in NOT trying. Even if I had still not published a book, I could hold my head high and say to my kids, “This is what I’m doing.” Why shouldn’t I? But equally, in MAKING that realisation, it freed up my brainspace, lessened my stress and filled my heart up with inspiration … Meaning just months later after that epiphany, I had written the novel that got my first big sale, Proof Positive.

It’s hard to believe now that just four short years ago, I was ready to quit writing altogether. I had been rejected so many times and had so many projects go wrong, I just didn’t have the stomach for it anymore. I had even been offered a lucrative job; one I hadn’t even applied for! I had been essentially “head hunted”, my name given via someone else I had worked for previously. And it felt good, after numerous, soul destroying rejections. Plus the family was going through a difficult time financially, so it made sense to take this job. I was ready to fill in the reply slip and accept the position.

But I couldn’t do it. My heart sank at the prospect. But my heart sank even more at the thought of putting another word on paper, EVER. WTF was I going to do???? I did what I always do in this sort of situation: I went out and got trashed. Mr C had to pick me up at barely 8pm in the heart of Bournemouth, rambling to myself and singing Spirit In The Sky. We went home.

But That’s Not The End Of The Story

Just like the time I told him I was going to delete my blog, Mr C talked me down … By saying:

“What do you want, best case scenario?”

“To write a novel and give up screenwriting.” I said.

I surprised even myself. I had no idea I hated screenwriting so much until I said those words. (And actually, I don’t HATE screenwriting; I like scripts and enjoy editing them. But I’ve not written a screenplay since 2010 and I don’t miss it at all. Writing fiction and non fiction is where it’s at for me – but first, I had to LET GO of the endless disappointments to be able to see clearly what I wanted and needed from my writing life).

Following on from point number 5) on this list, it’s important to note I am not unusual in being my **own** block. In wanting “success” to validate me and prove my journey’s worth to my children, I essentially STOPPED myself from progressing forwards. I was so busy invalidating MYSELF, I had no room left for my creativity … Bad self esteem and negativity put the stoppers on literally everything. How mad is that?! But I see other writers doing this ALL THE TIME.

What do YOU want, but wanting to “succeed” is clouding your ability to think straight? You might surprise yourself, like I did.