As anyone who follows me on Twitter knows, I’m a big fan of both Eastenders and Danny Dyer, so to see the two of them combined is a real treat for me. And I totally loved last night’s episode when Johnny “came out” to his father Mick (played by Danny Dyer), which set Twitter alight. I’m not surprised; it was really poignant and well drawn. Make sure you catch up on the iPlayer, especially if you’re cynical about Danny’s ability to convey emotion. You’ll be surprised! 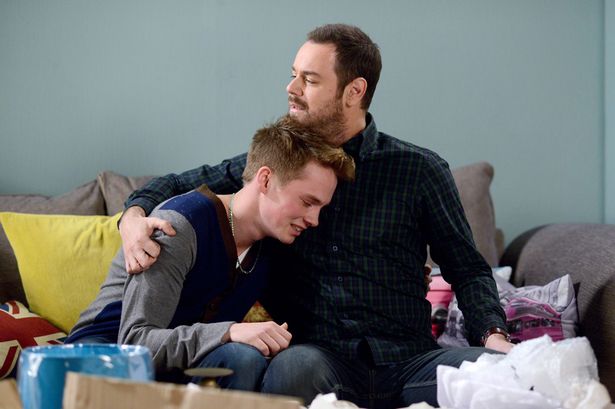 I’m really enjoying the new Carter family in Eastenders: I think they’re really raising the bar for the show and forcing it to up its game. Shirley has long been a favourite character of mine; I was afraid she would be sidelined once she and Phil Mitchell split up. She lost her place as the now-dead Hev’s best friend and the “stepmother” of Jay and Ben, once Ben went to jail for Hev’s murder. And for a while Shirley did flounder and I figured she would be yet another great character to fall by the wayside, as so often happens in continuing drama once “big” storylines climax.

Of course, Shirley’s sister Tina turned up a couple of weeks ago before the rest of the Carters, seeking Shirley out. Tina is Zsa Zsa’s mother apparently, though I barely remember this character who was in the show a year or two back (though no doubt she’ll back soon enough!). Tina is also gay and practically like a teenager: a fun-loving, easy-going, “take it as it comes” type. She works as a fun foil to Shirley’s dark moodiness and their conversations about love and sex are hilarious.

What I love most about the Carter family however is none of the characters are the “usual”. This is something B2W is always banging on about and it’s GREAT to see the theory of what makes “good writing” in practice:

1) Mick Carter. Mick is the salt of the earth, yet he’s also a doting father, husband and brother: he’s not soft, but he takes no crap either. For once, he is the “good” parent, something we hardly ever seen in representations of families, especially when they are working class. Too often working class fathers are out of touch at best and violent alcoholics at worst.

2) Linda Carter. Linda is prickly and indulged by Mick, yet she’s also got a fiery temper and a vulnerable side: a veritable walking oxymoron. She’s the “bad” parent, but again not typically: she is not cold, uncaring or absent as mothers are often represented. Instead, she has these IDEAS of how family life SHOULD BE. She is so desperate to enact these and ensure the Carters have the “happily ever after” they deserve, she doesn’t “see” what’s actually right in front of her, or how it could be if she just let go.

3) Lee Carter. Mick and Linda have three kids: the eldest Lee we haven’t even seen yet; he’s a soldier and fighting abroad, yet we still feel his presence via Linda and Mick’s pride and understandable worry for him.

4)  Nancy Carter. Nancy comes next and rather geniusly, she reckons she’s “gangsta” and “mockney” (a nice FU to any Danny detractors!): she dresses in classic “boy” clothes with a hip hop style influence, yet still loves West Ham, just like her Dad, whom she gets on better with than Linda.

5) Johnny Carter. And then last of all, we have youngest Johnny, the first Carter to go to university. Babied by Linda and still called “Sausage” even though he’s a grown man, Johnny’s rather straight-laced and puts all kinds of pressures on himself, which means his homosexuality feels like a massive burden to him, even though Mick just wants to him be happy. 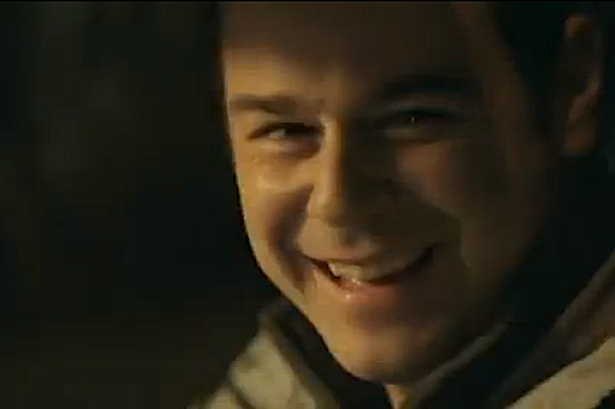 Danny is an icon of so-called “lad’ culture, so some Bang2writers have expressed surprise in the past that a “hard ass feminist” (!) like me is a fan. And I don’t mind admitting I haven’t always held Danny or his work in such high esteem (though my beloved Mr C has always reckoned Danny was a “diamond geezer”, so I think I’ve possibly seen every single one of Dyer’s films at least twice, so some like SEVERANCE, THE BUSINESS, HUMAN TRAFFIC and BORSTAL BOY did pass muster by B2W standards. In addition, I’ve always enjoyed the gangster genre, hence me getting involved in ASSASSIN).

But then, B2W is NOT about drawing a line in the sand between “lads” and “fems”, as I’ve said before. Whether you like Dyer or not, he’s probably one of the most famous/recognisable British men. Danny also works incredibly hard and has done his bit for indie film and then some, UNLIKE some who’ve made a career out of sticking the boot into the British Film industry and sneering contemptuously, then lamenting not enough variety of British films are made … Thanks! Useful. Not.

But most importantly, Danny is a far better actor than he is given credit for. Why some actors are considered “great” (no matter what they do OR don’t do) and others aren’t is a puzzle, especially considering good critics are supposed to review the movie in front of them, rather than an actor’s back catalogue. But then, why do your job properly when you can recycle tired insults, whilst claiming Danny is “the same in everything”?? Oh the irony!

So I’m proud of the film I worked on with my bezzie JK Amalou, which is called DEVIATION. I think Danny’s is a great performance of baby-faced killer and hostage-taker Frank Norton. It’s a psychological thriller, NOT the horror movie the distributor missold it as (Hostel and Saw?? I think not!), but if you like your movies with a strong central concept, layered characterisation and a well constructed plot, then give it a go.

But don’t take MY word for it … If you didn’t catch the movie last year and wonder if it’s worth a watch based on Danny’s new role in Eastenders, you can download the shooting script here.

Like with Mick Carter, I think you’ll be pleasantly surprised. Enjoy!

previousHappy New Year!
next5 Top Tips On Visuals For Your Novel From Hollywood Blockbusters