5 Top Tips On Visuals For Your Novel From Hollywood Blockbusters

I love RJ’s ideas here, especially the notion of a “mental back pocket” and using “ordinary” places and experiences to evoke EXTRAORDINARY detail in your novel! Nice on RJ … Enjoy! 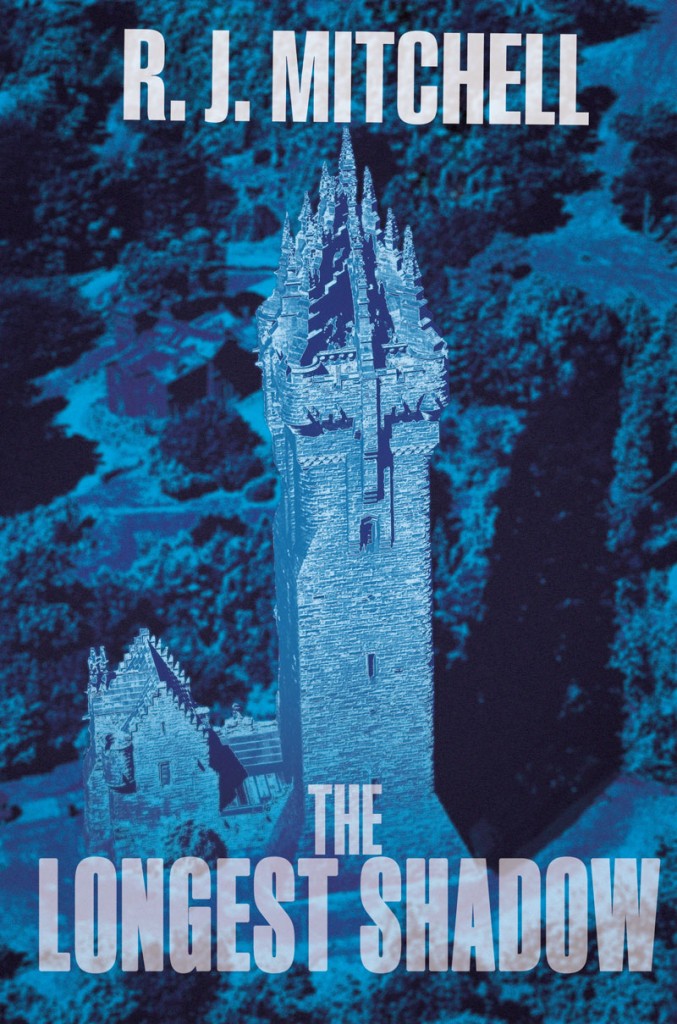 What makes the pages of an action thriller turn into a treat for the mind’s eye?

It is a question that has a one word answer: visualisation.

My name is RJ Mitchell and I am the author of a Glaswegian crime thriller series which has just seen its third novel “The Longest Shadow”, published on November 21, by Fledgling Press of Edinburgh.

I am an ex-cop from Glasgow and my writing is action driven. My novels have been compared to “reading” a film and one of my back cover reviews compares The Longest Shadow to a “Hollywood blockbuster” suggesting that esteemed Hollywood Blockbuster movie director, Michael Bay, should be taking notes!

So here is my five point plan for your novel to provide the perfect visual feast for your reader. Enjoy!

1: THE ACTION MUST BE BELIEVABLE.

Remember you want your reader to feel each blow or picture him or her landing it. It is vital that the action is not “cartoonish” and make sure that your choice of weapons are realistic for the character who is using them and also the location they are being used in.

2: THE LOCATIONS MUST CAPTURE THE IMAGINATION OF YOUR READER.

Iconic buildings can really add a wow factor to your action sequences. The Wallace Monument a 220 foot sandstone tower, built in the Victorian Gothic style that dominates the Abbey Craig, a volcanic crag above Cambuskenneth Abbey, from which William Wallace was said to have watched the gathering of King Edward’s army just before the Battle of Stirling Bridge, has supplied both a great cover illustration and opening location for my latest novel. To get to the top you need to climb the 246 step spiral staircase to the spectacular crown, which provides breathtaking views of the Ochil Hills and the Forth Valley.

The objective is to leave the reader feeling the stinging wind in their faces, sensing the insecurity caused by its sheer height and spectacular drop.
The height and grandeur of the Monument and the brilliance of its views provide a breathtaking location that reaches out and grabs the reader.

Ask yourself do you have a location in your mental back-pocket that could do a similar job? If not, find one!

3: ALWAYS MAKE SURE YOU WALK, DRIVE OR SCOUT LOCATIONS.

If you scout a Farmer’s Market featuring at the start of a pursuit sequence then make sure that you note every detail possible, from where the wild boar salami was hanging, the positioning of the market stalls, to the old blaze football pitch surface underfoot and the difficulties it could present.

Every street of any vehicle pursuit sequence, you need to drive many times. Then imagine the difficulties of what driving these streets at full speed would bring, the challenges presented by the severe gradient of a particular road, the narrowness of another and the potential for mayhem caused by an inconvenient mini concrete roundabout.

Then ask yourself what happens when you add in variables like a double decker bus coming head on, an unaware cyclist, and how would a high speed vehicle chase impact on students attending morning lectures?

Readers love detail, so make it your business to absorb the smallest!

4: IF YOU HAVE EXPERIENCE IN YOUR CHOSEN FIELD, NEVER BE SHY TO MAKE THE MOST OF IT.

Experience of a certain type of situation gives you many advantages over your contemporaries, so make the most of it.

Replay the sound of a sawn off shotgun firing, the screams of staff and the terror etched on their faces when you entered the jewellery shop seconds after the robbers had escaped.

So how about the sound of the broken plaster work – caused by the discharge of the sawn-off into the ceiling – crunching under your Doc Martens?

You can’t beat that type of experience for colour when you are trying to conjure up an action sequence that puts your reader right behind the mental eight ball!

5: EVERY DAY IS AN OPPORTUNITY …

… An opportunity to log buildings, streets and any other locations that have unique points of interest that could help transform an action sequence into something very visual and memorable for your novel!

It is the same with people and the visual detail you can absorb, even from just a two minute chat with an interesting person.

In short, you want your readers to almost feel they are living in the pages of your novel … Make sure their minds’ eyes are never shut!

BIO: RJ MITCHELL was a cop with Strathclyde Police Force from 1989 to 2001; he is now a sports journalist with the Glasgow Evening Times. In 2011 his first novel in the Thoroughgood Glaswegian detective series “Parallel Lines: The Glasgow Supremacy” was published. In 2012 the second book in the series “The Hurting: The Glasgow Terror” was released and received a nomination for the Peoples’ Book Prize. His third crime thriller “The Longest Shadow” is available on Amazon and at all good book stores.