9 Wake Up Calls For The New Screenwriter 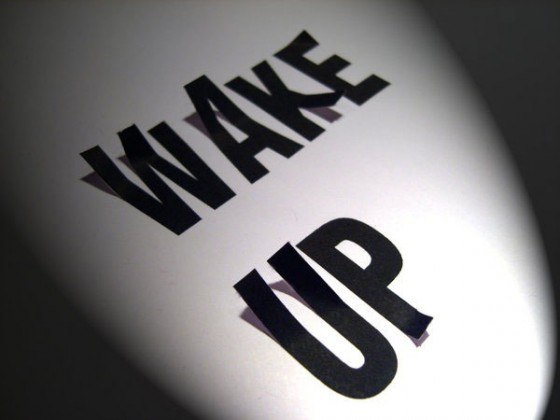 Here are 9 wake up calls I would like to have given myself years ago when I decided to pursue a career in screenwriting. Thankfully, life was around to deliver them for me. Do you need these wake calls too?? Then read on …

1) There is this thing called the audience

I remember waiting for a film outside the cinema. A thought occurred to me as I was mulling over the ultra-personal script I was working on. I looked carefully at the other people gathering, tickets in hand, and thought …

‘How many of them would be thrilled to step into this theatre and watch the film playing in my head right now?’

I shuddered as I realised not so many. What I was writing was more about me than them.

If, like me, you love cinema as an art form, you will almost certainly write from the heart.  This is good – essential, even – but we are in danger of forgetting what the audience wants and what they are owed.

So, always keep a place in your creative consciousness for how the viewer (and reader) will receive your work.  Fail to do this and you cripple your chances of ever being paid to write.

Believe it or not, coming up with a great set-piece or a witty exchange of dialogue is not nearly as hard as we might think.  Directors, actors, good producers…  they are creatives too, and they can all turn in decent shots at these ‘micro’ elements of writing.

What fewer of them can do is the ‘macro’ – the storytelling. This requires much more than a creative streak to master.  Career screenwriters are experts at selecting and organising small dramatic elements into a cohesive and satisfying whole, triggering a long line of emotional responses in the audience. That’s what we offer that most others can’t.  So, the quicker you look at your role as a storyteller, the quicker you’ll become a writer.

3) Forget first drafts being crap, your first 400 pages of 10th drafts are also not good enough

There’s a great quote from Michelangelo that if everyone knew how many years of practice went into creating his ‘wondrous works,’ they wouldn’t find them nearly so wondrous.

Yes, there are occasional miracles where people break in with an early script, but in the interest of sustaining that heat, it’s probably best not even to try.  Producers and directors don’t wake up with the ability to do their jobs well, and neither do we.

Courses, competitions, script-hosting sites, how-to books… there is an entire industry built on delivering success on a plate and amazingly little of it has any connection to the industry you are trying to be part of.  There are genuine services you can benefit from (London Screenwriters’ Festival was stand out for me on this count), and there are writers who have even launched their careers off them, but so much ‘help-that-costs’ isn’t really much help at all.

Perhaps not forever, but for a good long whack of time.  The better you deal with this fact, the more productive you will be and the sooner you will get real shots at making a living in this field.

Genres carry built-in expectations amongst audiences. It’s a fact that most viewers choose genre before they choose the film.  Consequently, all decisions relating to the financing and marketing of your work (not to mention production) are made with genre in mind.  Sure, you may subvert, mix or update genres but will only do a good job of it if you first get a handle on the expectations ingrained in each.

Besides, being an expert in your genre gives you a toolbox full of tricks for your writing.  It also helps you project the illusion that you know exactly why 500 DAYS OF SUMMER was great and that it’s all in your script.

You will spend the subsequent week immobilised with a herniated disc.

8) There are many better writers than you

Fact.  Accept it.  Now work on getting better and trust that. Although you won’t ever be numero uno, you can be sure of one thing. Via solid relationships and the right exposure you can be the best at hand when an opportunity comes knocking.

9) Pride has just one place in the creative process: the screening

My first commission came after I approached a director friend of mine. I offered to help him write the next season of his web series.  He said, “I wanted to ask you but didn’t think you’d be interested.”  Now, that wasn’t me being great right there … That was me being an idiot for ever projecting I might be too good for anything. All I had was a few okayish shorts under my belt.  Realise that at the beginning you’re nothing until you’ve done something. I have seen unproduced writers turn down career-launching opportunities because the deal on the table wasn’t sweet enough.  Yep – see 8. 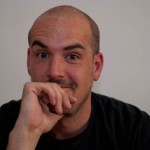 BIO: Morris Stuttard is a British freelance screenwriter in Prague, CZ.  He is currently developing projects for production companies in three countries. This includes a horror feature, a period black-comedy TV pilot and a romantic comedy short-to-feature.

5 thoughts on “9 Wake Up Calls For The New Screenwriter”

previousIs “Good” Characterisation Really About Change?
next7 Steps To Road Test Your Concept