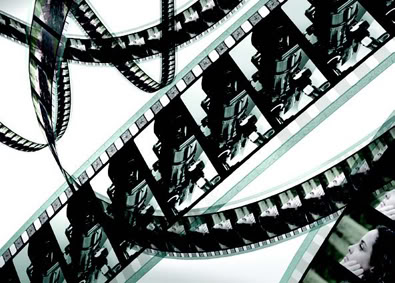 I’ve only been screenwriting since 2010 but producing and directing my own zero budget feature film in 2012 was the catalyst for taking my career to the next level.  Here are 10 reasons why it may do the same for you…

1) Your voice will be heard more eloquently.  People often talk about the importance of a writer’s ‘voice’, yet that voice will always be at the mercy of the individual interpretation of a reader and inevitably nuances can become lost in translation.  However, once your dialogue and stage directions are played out in the exact manner that you originally intended your vision will be evident to all with an unrivalled clarity.

2) Your voice will be heard more loudly.  By proving that your writing works well on screen you are advertising your talents and allaying any doubts as to how well your scripts may or may not translate once realised.

3) Your voice will be heard by more people.  A private screening can be held for your film to which relevant industry people can be invited, and even if they don’t attend it is still a great excuse to make contact.  Putting your work on the internet will also of course mean it has the potential to be viewed by a large number of people, and if your work is good enough perhaps you will even be lucky enough to be included in a film festival where you are guaranteed an audience and much needed exposure.

4) You will meet and collaborate with fellow creatives.  By cooperating with a crew and cast members all focused towards achieving a shared goal you will learn new ways of approaching challenges and gain first hand experience of each colleague’s unique point of view.

5) Good writing is directing.  Maybe you have no real ambitions to ultimately direct but as screenwriting is a visual medium a good screenwriter has already pictured in their heads the scenes that they are describing on paper, so getting those descriptions out of your head and onto the screen should come fairly easily.

6) Filmmaking informs writing.  Both writing and filmmaking are all about editing – on the page, on set, and in the editing suite.  By following the whole filmmaking process you will inevitably learn about which aspects of your writing work best on set and on screen, allowing you to make better choices when crafting your initial drafts avoiding changes or cuts that would eventually be made somewhere else further down the line.

7) It has never been easier or cheaper.  The technology is already at your disposal, so why not use it?  If you have a camera phone then you have a camera and, chances are, an adequate audio recorder too.  Have a look at this informative video.

8) The restrictions will bring out your creativity.  Of course you are unlikely to have the funds at your disposal necessary to create the next Hollywood blockbuster but writing to a small budget forces you to write smart, focusing on the all important aspects of character and dialogue above overused devices such as action and spectacle.

9) You’re making something happen.  Writers often have a habit of waiting for someone else to come along and realise their dreams, however for far too many writers that simply never happens.  So take your career into your own hands instead of relying on others.  Even if it leads nowhere at least you will have a visual, tangible record of your work that you will own forever along with the satisfaction of knowing that you have created something out of nothing, which surely is the unique magic of realising creative writing.

10) It’s fun!  It’s easy to forget that although it can be hard work, the writing process should always be fun. Engaging in the filmmaking process reminds you of the playfulness that lies at the heart of the profession.  If you don’t take the time to enjoy your career as a writer then you might as well be working, like so many unfortunate others, in a job that entails simply turning up, going through the motions, collecting a pay cheque – and creative writing should never be one of those sorts of jobs. 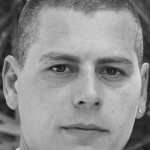 BIO: Adriel Leff is an award winning writer director from North West London.  In 2010 his very first attempt at screenwriting was optioned by Emmy award winning UK/US producer Allan McKeown.  In 2013 his directorial debut ‘Bloody Lip’ premiered at the Friars Club Comedy Film Festival in New York City, won the award for Best Ensemble In A Feature Film at the LA Comedy Festival, and was selected as the closing film of the British Urban Film Festival.  It will be screened again at the Mockfest Film Festival in Hollywood in 2014, and his second film ‘The Ballad Of Johnny Windows’ looks set to make a similar impact on the festival circuit. Find out more at Way Out Films or  on Twitter.

previousWhat Is A Hero?
nextFREE Workshop With Laurie Hutzler at @WildseedStudios (Bristol)