14 Things I Learned Pitching In Hollywood 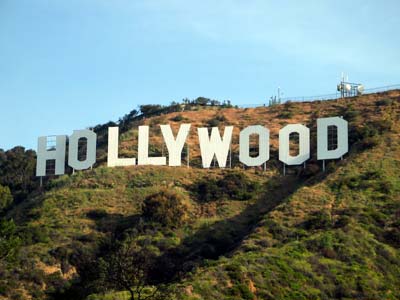 I’m not a well-known writer, but I have sold eight original movie ideas from pitches, (mostly to Hollywood studios), and had many more commissions for book adaptations, re-writes and production polishes, (generally the sort of script doctoring that rarely gets your name on screen or on imdb, but can make you look like a serious contender to your bank manager).

I’ve made horrendous cock-ups in pitch meetings. This is not an exhaustive list, nor are these points in order of importance, just things I learned along the way. (It was less of a learning curve, more of a “learning cliff”).

1) NEVER TELL THE ENTIRE STORY. You’ll never have time. Most job interviews are decided in the first 30 seconds. So are most pitches.

2) ALWAYS LEAVE THEM WANTING MORE.  Pitch the feel of your movie. Act out the trailer. And do it with passion. As a senior Disney executive once said to me, “Nobody ever walked out of a movie because it was too emotional.”

3) KNOW YOUR AUDIENCE. Hollywood is not about making movies, it’s about marketing movies. Even Indie producers need to know which audience will pay to see your picture.

4) IF YOU’RE THE NEXT TARANTINO you don’t need a beginning, middle and end in that order. If you’re not, you probably do. Most studio execs have been on the ubiquitous courses telling them what all the formulae should be and they’ll have a mental checklist. So tell them the genre, hit them with an exciting title, a logline that will get their imagination whirring, lead roles for just the type of actors that are currently hot and three acts ripe with surprising reversals and twists.

5) HOLLYWOOD IS LIKE McDONALDS. People go to McDonalds, in their millions, every week, because they know what they are going to be served. It’s something they like, it’s reliable, it doesn’t disappoint. It may not be the greatest thing they’ve ever had, it may not be something to sing and dance about, but it’s enough to satisfy them at that particular point.

That’s what millions of people want from the movies too. Sure, if you can throw in a little something extra, a nice surprise like a little toy or extra side dish, great – but a lot of film makers think they can take America by storm by presenting an entirely new kind of meal with only a token bit of McDonalds thrown in. That hardly ever satisfies the American appetite.

6) ON THE OTHER HAND, while there is no surefire recipe for a hit, there is certainly one for a flop – trying to please everybody.

7) BE CONFIDENT BUT NEVER COCKY. Never be what Hollywood people call “Too smart for the room”. But don’t be self-effacing either. Not in Hollywood. They just don’t understand irony.

I went to a meeting at Disney with my old writing partner and when we got there the main executive said “Great to meet you. We’re looking for some funny writers” to which I replied, self-effacingly, “Then should meet the guys I play tennis with, Dick Clement and Ian Lafrenais. They’re really funny”.

Not only could he not see that I was joking, but as I left the meeting, one of the other executives discreetly handed me a card and said “If you keep having self-esteem problems, call this number. She’s my shrink and she’s really good”!

8) MAKE SURE YOU STAND OUT. But there are limits. You don’t want to be remembered for the wrong reasons. I did this when I made the classic mistake of taking along a prop to a series of pitches – a human prop – a ventriloquist.

It seemed liked a good idea at the time because the story was about a kids’ entertainer. But I’d forgotten that whenever you show a performer an audience, they automatically perform, even when you don’t want them to. I’m still haunted by this guy’s puppets interrupting me during my pitch – and by the moment I gestured for him to stop and he said, ever so innocently, “Don’t look at me. It’s them!”

9) ALWAYS DRESS APPROPRIATELY. I once went to a studio meeting dressed as a Red Indian. It was a story about dads and kids playing together more. I thought nobody would laugh at me because the meeting was at Universal Studios, so I figured they’d think I was just an actor in costume. Unfortunately, five minutes before I got there, I got a call from the producer saying we had to meet in a Hollywood restaurant. I arrived wearing full war-paint and feathers. Curiously, they bought the pitch. So you never know…

10) MUST YOUR MOVIE BE HIGH-CONCEPT? No, but high concepts are far easier to remember for execs who hear hundreds of different ideas – much easier for them to pass on to their boss.

11) NEVER GIVE UP. Just because one company turned down your idea, it doesn’t mean nobody else will. I drove almost 3000 miles in two weeks around Los Angeles pitching the first story I ever sold to Hollywood.

12) PICK YOUR MOMENT. One of my all-time favourite movie ideas had a little boy as the lead. Nobody wanted that when I pitched it. So I waited. And waited. Ten days after “Home Alone” came out, I pitched my story to Universal and closed the deal in under 20 minutes, right then and there in the room.

13) ALWAYS DO YOUR RESEARCH. Find out anything and everything about the people to whom you are pitching before you meet them. OTHERWISE, what happened to me and an old writing partner in LA might happen to you.

These producers had a deal with a studio. They had the money to make the movie. They just needed some writers to work up the idea they’d already sold. It should have been a slam dunk. BUT while we were waiting to go in to the studio exec’s office, my old writing partner started talking about a European movie he’d adored and how he hated the recent American re-make. He detested it. So much so that he couldn’t stop going on and on about what crap it was. Yes, you’ve got it… the producer who had loved our sample screenplay, the producer who had the go-ahead to pay us hundreds of thousands to write up his idea, let us know that it was indeed he who had produced the American re-make of that European movie. End of meeting. End of relationship.

14) AND THAT’S WHAT THE WHOLE PITCH THING IS REALLY ABOUT – the relationship. Simply presenting execs and producers with a movie idea is never enough. You have to get them to like you too – because they could be stuck working with you for months. People buy people.

BONUS – Why Crafting Your OWN Pitches Is A Good Idea:

I know the Hollywood norm right now is not to buy pitches, but I still think honing your story into one is worthwhile. Why?

1. Because some companies DO hear pitches.

2. Because nobody you bump into in an “elevator” situation will ever give you much time.

3. Because anyone likely to commission you for a re-write, production polish or book adaptation will want you to pitch them your take on the material.

4. Because the focus required to make your movie the best possible pitch will always improve your screenplay.

13 thoughts on “14 Things I Learned Pitching In Hollywood”

previous4 Reasons **That Moment You Don’t Like** Is NOT A Deus Ex Machina
nextIs “Good” Characterisation Really About Change?