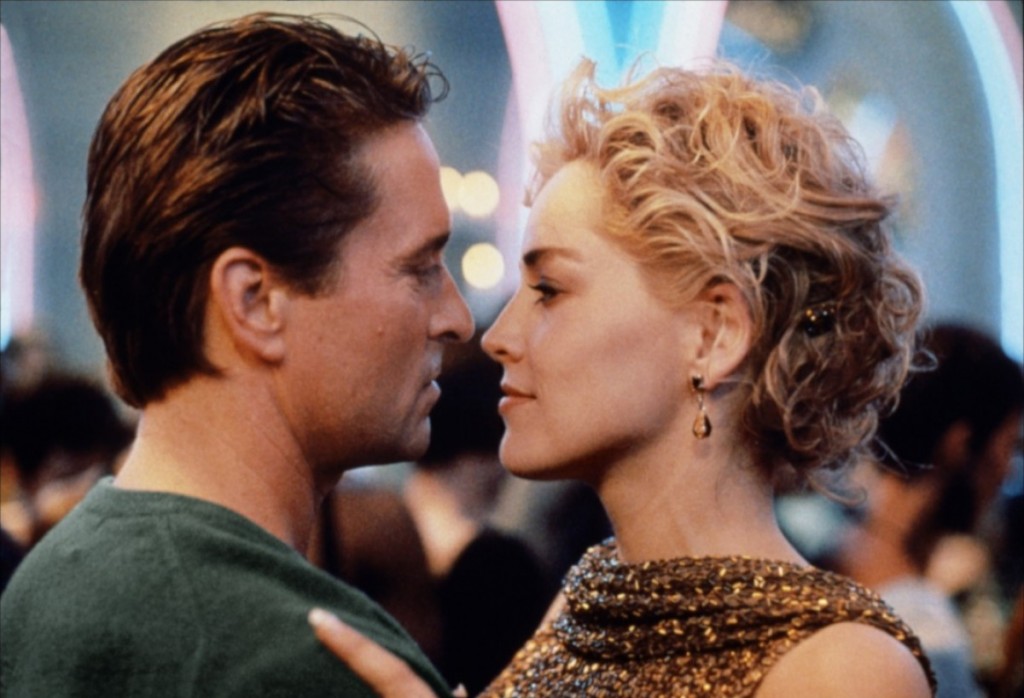 Understanding the changes that invariably happen “script to screen” (and why) is a paramount part of learning to be a writer. NO screenplay ever makes it off the page and into production without changes, whether they are significant for logistical reasons or subtle due to the process of collaboration. In short, it is IMPOSSIBLE for a screenwriter’s “absolute” original vision to be realised as a produced film, EVEN IF that screenwriter is also its director.

This is why reading scripts, then seeing the movie is absolutely essential if you want to work in the industry and why London Screenwriters Festival places such events at the heart of the weekend. Chris Jones will be in conversation with veteran screenwriter Joe Eszterhas about the development and choices the team made in making BASIC INSTINCT.

For preparation, I have read Joe’s shooting script* on this basis, followed by watching the movie and prepared the following notes:

In the storyworld of BASIC INSTINCT, sex is dangerous. To be submissive is to die. All the characters who submit in any way end up dead: Johhny Boz, by being tied up; Roxy, by deferring to Catherine; Gus by deferring to Nick; Elizabeth by loving Nick. The only one who is aggressive yet still ends up dead is internal affairs agent Nilson.

In contrast to many murder mysteries, in which characters usually have very specific and intricate reasons for killing, murder in BASIC INSTINCT is something people *do*: two characters, Hazel and Roxy, confess to murders in their pasts yet have no reason for the killings other than they “wanted” to.

Interestingly, especially considering its time of production, sexuality is fluid (and why wouldn’t it be?). Both Catherine and Elizabeth are bisexual, but this is barely commented on as being “wrong” or even “unusual” – it is just accepted. Roxy is a lesbian, yet Nick accepts her equal status as a “man” (albeit mockingly, as a rival) in the bathroom without questioning it. You would expect an attitude like this from NOW, not twenty years ago.

All the women in this film are *potentially* the murderer and all have a question mark over their heads. And why not. Usually it’s only the men, especially now, given Hollywood’s current bent for hyper masculinity, especially in Thrillers. In contrast, BASIC INSTINCT borrows very heavily from the whole Detective Thriller/ Film Noir / Femme Fatale tradition.

Nick is also a “murderer”, though his actions are always sanctioned by law: he kills criminals, or it was an “accident”. The only difference between him and Catherine – if Catherine *is* the killer – is that he is “legal”.

Basically here we have the usual “cops as good guys” motif, with anyone falling outside the norms and ideals of the law as the “baddie”.

In the movie version, Nick starts off sure Catherine is out to “get” him. As the narrative progresses, as he falls for her, he is misdirected first to Hazel Dobkins, then to Roxy, then to Elizabeth. He ends the movie sure Catherine is not the murderer. In the screenplay version, why Nick acts the way he does is much more ambiguous. He is less aggressive in general, more calculating; we get the sense he is making an attempt to redeem himself for killing the tourists, but gets distracted by his love for Catherine; he simply cannot believe she is a murderer and believes her lies about characterisation and research. This is helped by the fact the alternatives for Catherine being the murderer are very credible (next).

MOTIVES FOR MURDER IN BASIC INSTINCT?

WHY IS THERE AN ICE PICK UNDER THE BED AT THE END?

What is noticeable or different from the page to the screen?

As with most shooting scripts, the screenplay of BASIC INSTINCT *almost* matches the movie, bar a few significant elements, small to large:

The draft is marked 1990; the movie came out in 1992. There was some date jiggling on this basis, like Catherine’s graduation date.

Elizabeth’s previous surname is Anderson/Henderson in the screenplay; Obermann/Hobermann in the movie.

The Rolling Stones’ music is mentioned in detail throughout the screenplay, but very little of this, if any, ends up on screen. Instead, Jerry Goldsmith’s score takes precedence, which is unsurprising and also has the added bonus of sounding much more climactic (pun intended).

There is much white space on the page and scenes are quite dialogue-led; almost theatrical. This is in direct contrast to much spec script writing, especially in modern times.

There is no mention of that infamous moment of Sharon crossing and uncrossing her legs in the interrogation scene in this screenplay version.

The conversation Nick and Catherine have on the beach after they first have sex is VERY different. In the screenplay, Catherine is in control throughout, plus Roxy watches them from the house; Catherine walks away from Nick. In the movie, Roxy walks past Nick with a pained expression on her face. Nick escorts Catherine down to the beach and informs her he will nail her, regardless of the fact he is falling in love with her; Nick walks away from Catherine.

SCENE BETWEEN ELIZABETH AND NICK:

This scene in the screenplay is much less overt. Elizabeth says “Please don’t”, but we get the feeling she’s saying this because he’s too rough, not because she has taken her consent away. The scene in the movie is much more troubling; he is rough and animal-like, ignoring her saying “No”, fucking her from behind regardless of her consent.

In the screenplay, the question mark over Elizabeth’s head is much more in evidence; we get the feeling she could be the murderer every bit as much as Catherine, at least until the last moment when we see the ice pick under the bed. However, the way she’s played by Jeanne Tripplehorn/ directed by Paul Verhoeven in the movie feels quite different to me; she seems more fragile and more needy, her obsession with Nick more of a compulsion for self harm – it doesn’t matter what he says or does to her, she will go back for more. This means it’s hard to believe all the backstory with her husband, so the game is essentially given away re: Catherine BEFORE we see the ice pick under the bed, which is a shame IMHO.

The screenplay of BASIC INSTINCT more or less “matches” the movie version, but only on the surface. It is my belief the screenplay’s characters are much more ambiguous, the mystery much more intriguing. I do believe certain elements of the screenplay’s characterisation were lost in translation, but feel this was probably inevitable: the choices a director and actor make invariably can affect *how* the viewer perceives certain elements, which are otherwise much more “open” to a reader.