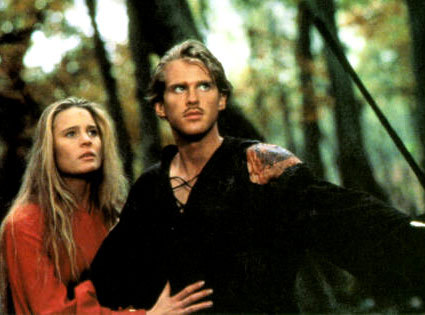 At heart, the plot is a simple love story between Buttercup and Westley. Their love is established within two scenes before Westley leaves, and the rest of the film shows the couple trying to overcome various obstacles so they can be together.

2. “This is true love. You think this happens every day?”

The stakes are high. Buttercup and Westley’s love is the ultimate true love. If they can’t make it, no one can. Because the stakes are high, the threats are also high. It all comes down to life and death – or rather, life and pain.

3. “They rode to freedom. And as dawn rose, Westley and Buttercup knew they were safe.”

It’s a fairytale that adults can enjoy. Everyone gets what they deserve; good characters are rewarded, and bad characters are punished, and at the end, there is complete resolution. Fairytales are also timeless. Despite being over twenty five years old, The Princess Bride isn’t dated.

4. “I want him to live a long life alone with his cowardice.”

It’s not all about violence. Yes, there are sword fights, chases, death and peril, but the final fight scene isn’t even a fight scene. Westley proves himself a true hero by beating Humperdinck with his words, not his sword.

5. “I do not mean to pry, but you don’t by any chance happen to have six fingers on your right hand?”

Character backstory is important. We learn a lot about each character through their backstories as well as their words and actions within the film.

6. “I’ve got my country’s 500th anniversary to plan, my wedding to arrange, my wife to murder and Guilder to frame for it; I’m swamped.”

The characters all have established needs and desires. We may not agree with them, but we do at least understand why they’re important to the character.

The characters are the best in their field; Buttercup is the most beautiful, Fezzik is the strongest and Inigo is the best fighter, but they all have weaknesses which are tested during the film. Their weaknesses highlight their strengths as well as making the characters easier to relate to.

The dialogue is witty, smart and very sharp. If you’ve watched the film you’ll know what I mean. If you haven’t, stop reading this and go and watch it! Now!

The film is not just witty, it’s also funny. A priest with a speech impediment, rodents of unusual size… they might not be prize winning gags but they ARE amusing.

Everything happens at a swift pace. A lot of the lines are funnier because they bounce off the previous line so quickly. The plot also moves along at a steady pace and there are no lulls.

Billy Crystal spent three days improvising lines and jokes for Miracle Max. It’s always worth asking other people for their input even if you think you have the perfect script.

12. “When I was your age, television was called books.”

The Princess Bride was a book? Yes it was, and it took over fourteen years for them to turn it into a film. Perseverance paid off.

It’s an emotive film. Out of context this is just one line; not particularly special, but in context, said by Mandy Patinkin, it’s one of my favourite lines in anything, ever. I get a lump in my throat every time I watch this scene.

14. “Maybe you could come over and read it again to me tomorrow.”

It’s a love story. Haven’t I said that already? Yes I have, but The Princess Bride isn’t just Westley and Buttercup’s love story. As well as being a wonderful framing device, the grandfather reading the story to his grandson is a love story in itself. The grandfather has taken the time to read to his ungrateful, ill grandson because he loves him and by the end of the film the slightly more grateful grandson understands this. The film’s final words sum it up completely; “As you wish.” 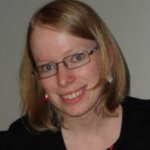 BIO: Gemma Parker is currently studying for an MA in Scritpwriting for Television at De Montfort University. She will be at the London Screenwriter’s Festival at the end of the month – follow her on Twitter.

2 thoughts on “Inconceivable! 14 Reasons To Love THE PRINCESS BRIDE”