6 Ways To Annoy The Crap Out Of People Online 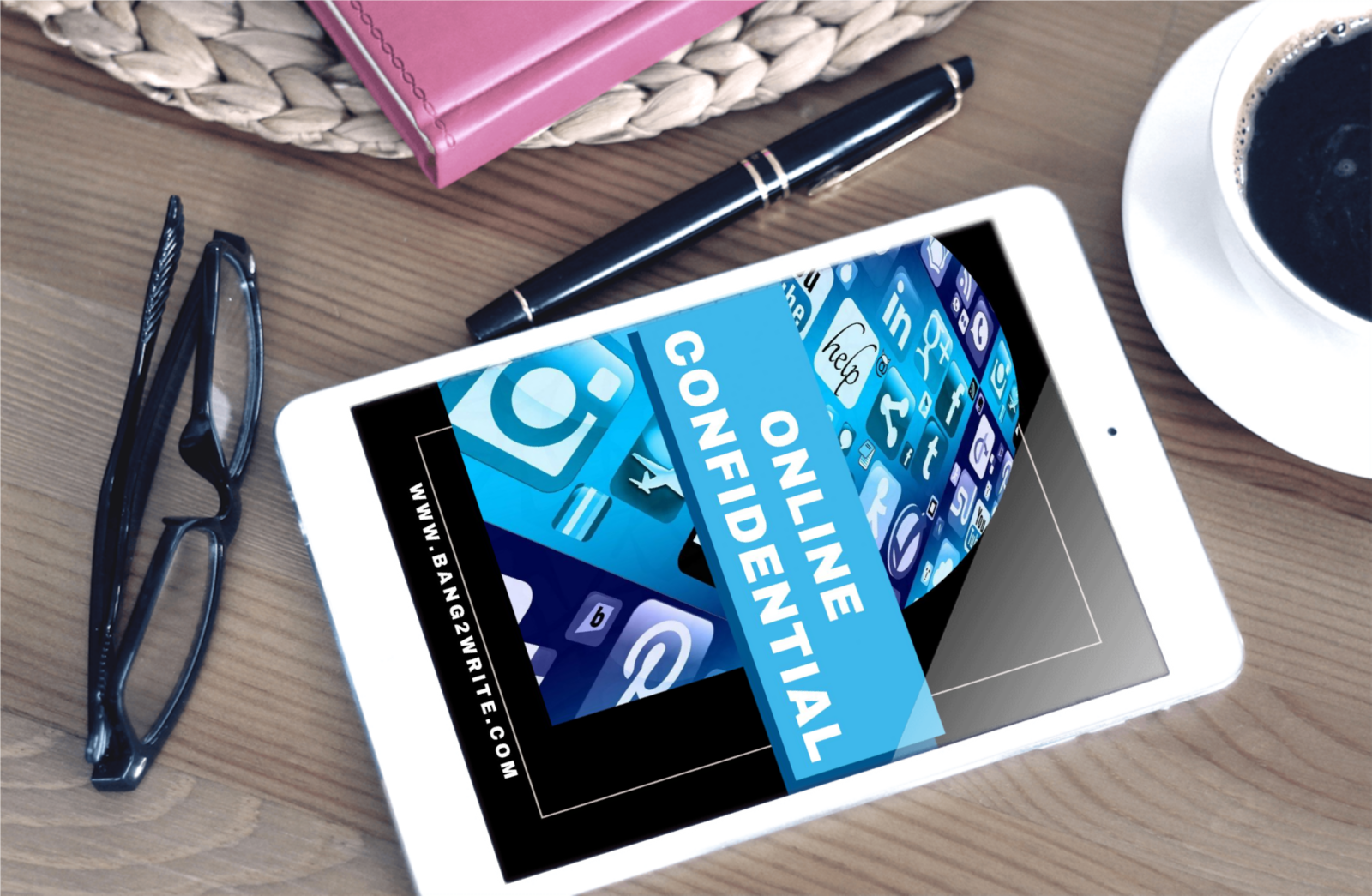 I talk to A LOT of people because I spend a lot of time on social media. You may have noticed. (Just a bit!).

What you may not have realised however is how much I READ about social media. It’s a subject that really interests me, especially the notion of “best practices”. Why? Because I see so many people completely screwing up social media and annoying the crap out of others online.

What’s particularly surprising then is there is a plethora of good advice going around on best practices for social media. It’s one of the reasons I teach the B2W course, ONLINE CONFIDENTIAL, in fact.

Yet people continue to screw up ad nauseam in really obvious ways. C’mon. So much of this is common sense. But it would seem a lot of people don’t think before they put stuff online. They chuck up any old thing and either hope for the best or think it’s all accidental.

NEWSFLASH – it’s not. The best sites and personas online are CRAFTED. Just like your writing!

Yeah OK, none of us are the authority on this stuff. I know for a fact there are some people out there who reckon I tweet “too much”; am too preachy on this blog, or “obnoxiously ubiquitous” with FB tags or Pinterest. Whatevs, homies. I’m an acquired taste, like anchovies or taramasalata … If you don’t like me, just unfollow/unfriend me and remember to close the door on your way out. Bye bye then …

… Still here? Great! Then DON’T do any of these colossal social media faux pas below. Let’s go.

Yay! You’ve got a new book or movie out – or maybe you’re crowdfunding, or want to collaborate with filmmakers? WE GET IT: it’s hard to stand out.

And often, time is of the essence: you need money/recognition/contacts AND YOU NEED THEM NOW otherwise your project or whole career will go TITS UP and everything you worked for will go down the TOILET and you might as well just jump off a BRIDGE because your spouse will DIVORCE you because of all the time you’ve spent on this shit!

Except copying and pasting the same tweets and statuses over and over just won’t cut it. You want people to know you’re there? It’s simple: ENGAGE WITH THEM. Offer them something – a reason to get on board with you. Pitching constantly at people will get you ignored, unfollowed, unfriended or even blocked. Harsh but true.

And yes, it’s the same for crowdfunding too, here’s 5 Tips To Make Your Crowdfunding Campaign Stand Out. Oh and btw – when is spamming not spamming? When it’s cross posting! But like everything, cross post  in moderation.

C’mon: does it really need explaining why this is a bad idea? The industry is literally built on relationships. DON’T DO IT.

Yes, you’re right; Bang2write does burn people from time to time … But ONLY those who come for B2W.

This doesn’t mean I argue with people who disagree with me; far from it. Engage with me thoughtfully and respectfully and you can disagree with me all you like. I only unleash the whup ass on those who give me shit and give it right back. These are usually ‘Dudeflakes’ who argue the toss about diversity … Or fauxminists who say I am ‘part of the problem’ because I don’t like The Bechdel Test (sigh).

Remember, if these guys wanted to TALK to you, they would. If they come in guns blazing? They deserve all they get, so by all means troll the trolls if that’s your bag. I enjoy a good little barbecue from time to time.

However, most people DON’T like to troll the trolls. So think on this, instead: those tossers have already made up their minds about you and/or what you stand for. It is not personal. They’ve got issues, probably because they have the personality of a burrowing tick. Feel sorry for them … Then block, unfriend, unfollow and move on.

“You know what I love? Hearing people complain how terrible their lives are.” Said by no one, ever. Another no-brainer.

But guess what. Complaining doesn’t do anyone any good, least of all you. So if things are getting on top you? Do yourself a favour: turn the internet OFF. Go for a walk. Meet a friend. Watch a film. Read. Eat chocolate. Pet a cute animal. Do whatever it takes to make yourself feel better, or at least take your mind off it. But for the love of all things holy leave the interwebs ALONE or you’ll end up on a one route highway to CrazyTown. And I ain’t talking about the one hit wonders.

I hear these from people ALL THE TIME …

Guess what happens: I remember. And not in a good way. In a, “Oh God here’s another muppet who’s greasing up his/her pole for the downward slope into a tar pit where they’ll be preserved for all eternity as an oddity of their time“-type way.

I am by no means a special case, either. All my writer and filmmaker colleagues report a high incidence of people making mad proclamations to them, day in, day out.

So the solution is simple: don’t do this! Don’t be that oddity, ‘cos you’ll end up fixed with a perpetual howl on your face of “Why doesn’t anyone take me seriously??”  Again: CrazyTown. And it’s hard to get out of! There are no street signs. Okay I’m done with this analogy. Moving on.

2. Diss all and sundry

Much as I hate to draw a line in the sand, generally speaking it’s the new writers who think it’s okay to take to social media and slag off creative works. [And if you ARE a professional writer or filmmaker, hating on stuff? Then what the hell are you playing at! You should know what goes into this stuff – usually blood, sweat and tears. A LOT OF tears].

There’s nothing more tedious than being told what you’re doing (the operative word) is actually bad by someone who has no clue what sacrifices and development decisions you had to make. You wouldn’t tell a doctor how to perform an appendectomy just from watching Holby City a handful of times, so again it’s simple: please don’t diss other writers’ and filmmakers’ work.

Look, hate stuff all you want if you must. Fill your boots. I’m not trying to exert MIND CONTROL here. But if you can’t be constructive or at least funny about it? Shut your yap online. Seriously. You never know who will see it. Even if you don’t care whether you hurt somebody’s feelings, do it for yourself. ‘Cos as mentioned in the last section: people remember.

So, let’s make a pact: for everything negative you say online about a piece, you have to say two POSITIVE things … Because it’s rare that something has NO merit whatsoever; there’s usually *something* to enjoy.

And if you can’t say those two good things? Then say nothing, or say it “wasn’t for you”. Sorted.

I get stacks of emails, tweets and messages every week from writers wanting my help. And that’s cool, because I am always happy to help. I LIKE helping. And most writers asking me for help are great and y’know, normal.

However, there is a small contingent who:

Look, if you want my help? I will give it or refer you to someone or somewhere else who can, if I can’t. You DON’T have to flatter me, sacrifice a goat to me or promise me your first born child, either. All you have to do is be pleasant, patient and say “thank you”.

Oh and if you want to send me chocolate? That works too.

And last, but by no means least:

Unless of course you WANT to get sent to the internet version of Coventry, which probably looks like the cyberspace bit in The Lawnmower Man crossed with Tron, where you’ll get eaten by Pac Man or a giant killer Triangle. Or something. Don’t say I didn’t warn you … 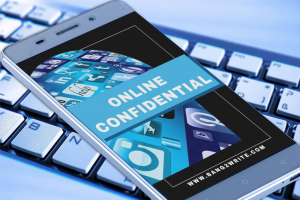 In the course I share ALL my experience in utilising online spaces over the last twenty years … I’ve left no stone uncovered! Whether you’re wanting to set up a blog like B2W, a service like script reading, or just get your writing/yourself noticed as an individual writer, this course has got you covered …

You get video tutorials, eGuides and primers, checklists and cheat sheets galore in this course like B2W’s other offers. In addition, you also get helpful bonuses like video walkthrus showing the apps and sites that can make your social media & blogging needs a SNAP.

Even if you’re only half-serious about making a splash in the online space with your writing, grab it while you can!

previousBritflicks Podcast with JK Amalou: Filmmaking & Screenwriting
next4 Reasons Your Concept Counts Above All Else