5 Reasons I Got Involved In ASSASSIN 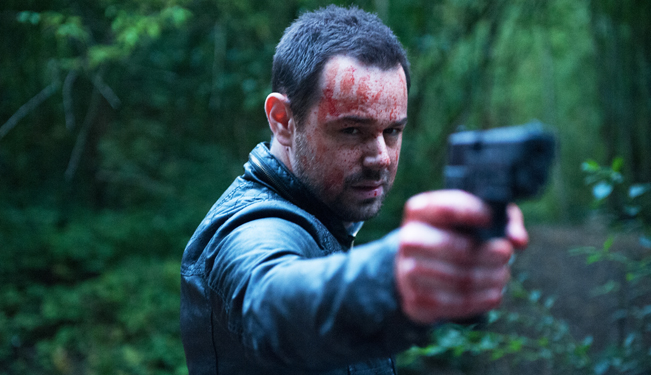 1. It has not one, but TWO savvy female characters …

As regular Bang2writers know, my passion is for female characters who have agency of their own and pull their weight in the narrative. Unlike many gangster films where females are purely there for decoration, Chloe and Alex both contribute to the story and are absolutely essential to the plot beats. As writer/director JK Amalou says, “The female characters play a bigger part in our story than is usual in films of this type.” 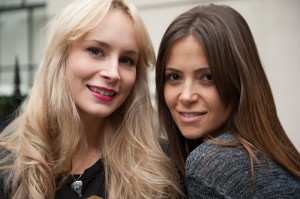 2. … But there are no patronising gender politics.

I obviously read a lot of  spec scripts via production companies and individuals that seek to place female characters in the gangster storyworld. Interestingly, very often these specs become a “battle of the sexes” between whiter-than-white female characters and big bad male gangsters. In ASSASSIN however, the characters are not reduced by their gender in such a basic way and feel authentic and real, with genuine flaws and problems. The way characters SHOULD be as far as I’m concerned – personality first, gender second.

3. It showcases some great locations.

I love the UK and as I’ve said before, it really frustrates me that so many British filmmakers represent our great nation as a complete shithole. Whilst of course there is deprivation here, we are also blessed with some amazing landmarks and scenery, yet it’s too often up to television to showcase them.

ASSASSIN will take an unusual step then in being a gangster film that not only makes our Capital look fabulous, it actually steps OUTSIDE London too: filming on location in London, Sussex and Surrey. “I want to show a side to London that isn’t just Soho and Canary Wharf,” says JK Amalou, “really make the city into a character. But I also want to get out of London, life extends beyond the City.” 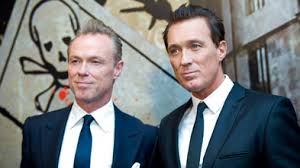 I first read this screenplay back in 2007 when it was UNTITLED GANGSTER FILM, so have been privy to its development for a long time. Though there have been lots of changes along the way – including a French version! – I never shook from the belief that this screenplay deserved to be made. Why? Well, for one thing, I love the gangster sub genre of Thriller. It’s how I met JK Amalou in the first place: I sought him out because I liked HARD MEN (1996) so much. It was funny and dark and I had an inkling I would like the guy behind it  … And I was right, because I am now lucky enough to count JK as my honorary big brother; he’s been a great friend and support to me over the years.

Like all JK’s work, ASSASSIN is structured brilliantly, but most importantly I loved the characters. They’re not the “usual”, but equally they’re not so far out of the left field they’re unrecognisable. And this is key. If you want to attract top talent, then you have to give them a meaty part to sink their teeth into. Actors are bored of the same-old, same-old. And believe me, it’s there in the spec pile, buckets of it.

So it’s no surprise to me Danny Dyer wanted to make another film with JK after DEVIATION (2012), just as it was no surprise cult faves the Kemp Brothers wanted to reunite for the first time in 20 years to play the Alberts Brothers in our film. A well-written screenplay with great characters will ALWAYS do that. 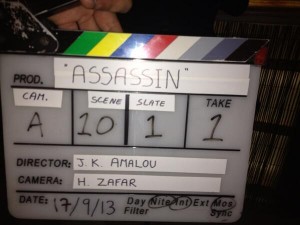 Unlike so many gangster films that rely on daring heists, outrunning hits on the protagonist or investigating dead women’s demises, ASSASSIN is primarily a love story. This was a masterstroke, because it immediately differentiates it from the others in the marketplace, but also gives the narrative a universal quality, because MOST people have experienced, or at least interested in being in love. Again, a key quality to audience appeal. Here’s the story for those of you who’ve missed it on Twitter and Facebook:

ASSASSIN tells the story of Jamie (Dyer), a professional hitman hired to kill corrupt politician Tony Boyd (Cavanah) by mobsters John and Lee Alberts (Gary and Martin Kemp). The night of the hit he meets Chloe (Holly Weston, JOHN CARTER) and begins an affair with her, only to discover that she is Boyd’s estranged daughter. Spurred on by her friend Alex (Anouska Mond, iLL MANORS), Chloe begins to think that Boyd’s death was not the accident it appears and when she begins digging, the Alberts hire Jamie to kill her too. As his world collapses around him, Jamie has to choose between survival and the girl he loves in an action-packed climax that can only end one way – death. Follow on Twitter or “Like” the page here for updates.

And I for one can’t wait to see how it turns out … See you on the other side!

JK Amalou on this blog before: