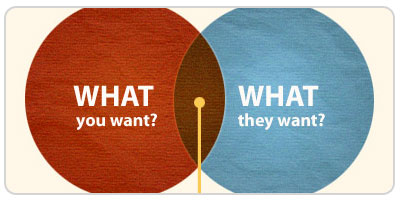 Many thanks to Simon Meacock, who asks:

“Is it best to concentrate on writing a KICK ASS screenplay and use it as a calling card for other work as well as it having a (slim) chance of getting optioned? And should the screenplay be a very marketable low budget feature or should I go for broke and just write a screenplay from the heart with no regard of budgets?”

Naturally, you should always aim for KICK ASS when writing *anything* – the writing world has enough vanilla spec screenplays. The only way forward is by writing everything the best way EVER as only YOU can, blah blah blah.

Secondly, obviously it will depend on the strategy you decide on for your writing career: if you decide to go the contest route for example, your script really doesn’t need to have any thought for the marketplace, as long as it’s just (!) really good. In short, it depends on your goals and how you are prepared to work towards them.

Okay? The above is a given. So don’t get your knickers in a knot and start calling foul when I say this, next:

For your best chance of getting noticed – whether that’s in the marketplace and/or as a “writer to watch” – write a a low budget (£100K or less) feature length screenplay with great characters and a great story, with a commercial hook and an easily identifiable genre.

The reasons I say this are three fold:

*Of course* anything is possible. That’s the remit of B2W. But if you want to deal in LIKELIHOODS? Well, look at the numbers. Check out IMDB. Find out who broke through with what and when – and what this could mean for YOUR project. Weigh it up.

2) Microbudget is a great showcase of your skillz. Writing a low budget screenplay with a commercial hook and an identifiable genre that actually WORKS plot-wise (never mind has great characters and a great story) is HARD. And I mean seriously, seriously hard.

In my opinion, there is no better showcase for your writing skills in getting people to sit up and take notice of you in the spec market. When I think of all the hundreds, perhaps thousands of screenplays that cross my radar yearly,  which immediately stick out in my mind? Sure, a couple of big budget epic screenplays come to mind simply because they’re so good, but 9/10 it’s those microbudget projects that are truly ingenious and original concepts and make the most of what they’ve got that stick and get industry people talking. As a result, a really great microbudget screenplay can act as a BRILLIANT calling card, even if it does never get made.

3) Everyone wants one. The uncomfortable truth: there may be some great writing in the spec pile these days, but it’s still as turgid as the bad old days when writers were sending out first drafts left, right and centre. Why is that? Well, put simply, writers are not INDUSTRY FOCUSED. They’re writing the stuff they want to see and feel is “missing” according to their guts, without actually finding if this is really true or not. Occasionally, a writer will get through with something in this way, but that’s luck rather than design.

But what does the industry want? Well, annoyingly, that’s subject to change. But there are some things that never go out of fashion, such as:

Put simply, there simply are not enough low budget marketable screenplays in the pile. So give agents and filmmakers what they want, in a way that appeals to you – and you could just crack it and break through, or at least get on somebody’s radar. Challenge yourself. What’s the worst that can happen?

Storify: What Is A Marketable Screenplay?

How To Maximise Your Portfolio

previousCan I Pitch My Unfinished Projects?
next5 Ways To Beat Exposition