What Is A Screenplay Option Agreement & How Does It Work? 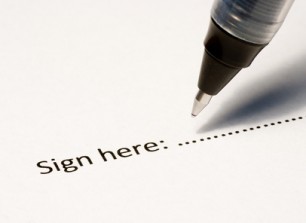 All About Option Agreements

Many thanks to  Bang2writers Eileen, Neil, Jordan and Elle who’ve all emailed or left messages asking about how a screenplay option works recently.

The writer assigns the producer or filmmaker the rights (or ownership) of the screenplay and/or story behind it for a limited time.

The Producer buys that time for a certain amount of money, for “exclusivity”. The screenwriter is not permitted to work on that screenplay with anyone else during that time.

At the end of that time period, if the producer has not made the film of the screenplay, the rights revert back to the screenwriter. S/he is  then able to sell the rights again if s/he chooses to.

So, let’s say you’ve offered an option with a producer. The idea is that producer will usually work with you to make your screenplay more marketable for investors and/or other funding opportunities. This is why it’s a GREAT idea for screenwriters to be clued up on how the industry works and what’s out there, so they can work out whether the producer who wants their screenplay is the real deal or not.

There are two questions you should DEFINITELY ask yourself before signing an option agreement with anyone:

Typically, an option agreement will last between six months and five years, though I’ve seen shorter AND longer.

6 months to 1 year is typical, which I think a fair amount of time for the producer to develop your project with you and work on raising the funds to make it. Generally speaking, options should only be on the longer side if the person who wants your screenplay has parted with cold hard £££.

Avoid signing free options for long periods (if at all).

So as you can see, it’s not rocket science: if you’ve ever had a phone or internet contract, or a tenancy agreement between you and a Landlord (or vice versa), then a screenplay option is very similar.

For a sample screenplay option template as a PDF, CLICK HERE.

Do remember that an option agreement is NOT the same as an NDA (non disclosure agreement) or a release form. To find out more about these, CLICK HERE.

Make sure you google for more to compare. The more you become familiar with legal documents in this biz, the more protected you will be.

1 thought on “What Is A Screenplay Option Agreement & How Does It Work?”