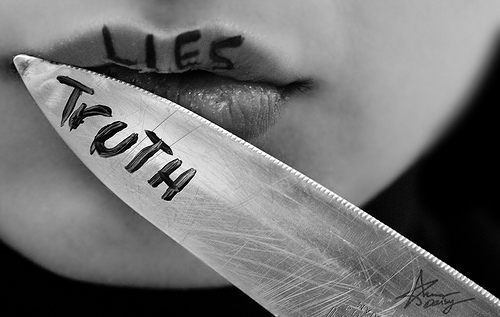 Following on from my last post on The Lies Writers Tell Themselves regarding their own writing, here’s my top 10 on those fibs writers tell themselves re: their careers. Recognise any of these?

As we all know: using blogs, social media and various bulletins/forums etc is a GREAT way of networking and developing your career. Except when it’s not.

Know what you’re doing. The internet is a TOOL. Use it wisely. Don’t undermine your own credibility online.

It’s not luck and it absolutely is. But guess what: the harder you work, the luckier you get. So quit whining and get writing and networking. Boom.

8. It’s all about the writing.

No, no, no. It’s about the DOING – this **includes** the writing, sure but also takes into account your own professional development. Why? Because other professionals want to work with writers who know what they’re DOING. Simples.

7. It’s not about the writing.

So why are you a writer?

Every professional writer pays their dues – literally. This might be by doing and paying for various courses or contests; or interning on their own time, foregoing “real” wages; or they may collaborate with agents, managers or producers on spec. Or they might do it another way. Whatever. There is no “right” route and everyone’s is different.

It’s all very well smelling exploitation round every corner, but I can honestly say that for every charlatan I’ve unearthed, I’ve come across 50 others who are just doing what they can, however they can, with the best of intentions.

So stop paralysing yourself with thoughts that everyone is out to get you. Take the opportunities that suit; forget about the ones that don’t. And if you have real concerns? Ask questions, don’t point fingers.

5. I don’t need or want an agent and/or traditional publishing.

It all comes down to this: I have never knowingly met a self-published author who goes on about this to me that – deep down – does not want an agent and/or a  traditional publishing deal. Who DOESN’T want to make a million squid like the EL James of this world, seriously??

But hey, let’s say you ARE out there. If you’ll make more money on your own and have more autonomy, great. Go for it. There are loads of fab authorpreneurs out there, doing exactly that. But seriously, stop telling ME and everyone else how we’re all suckers who could make more money doing [whatever]. Just go and do it! Because, y’know, “methinks you doth protest to much” otherwise.

4. My work is at risk of being stolen every time I send it out.

But WHY, you wail: surely I, more than anyone, know how London-centric the industry is — why don’t we go out into the provinces and MAKE those pesky buggers travel to US?

Yeah, good luck. Look what happened to the original screenwriters’ fest in Cheltenham.

Fact is, the industry IS London-centric. We can fight this – and lose – or accept it, move on and make the best of it.

And anyway, no one need EVER be cut off from the industry – it’s called the INTERNET. It’s easier now than it’s ever been to get involved and create your own space to connect with others, make meaningful relationships and make/showcase your work.

You can’t. Everyone needs someone. That’s the whole point of the media industry – you find others to talk with; work with; to champion. The more relationships you have with others, the more likely you will get your work out there and in front of the “right” person. End of.

1. If I get a place on this course/ initiative/ mentorship/ contest  I will be a professional writer/ get paid for my writing.

There is no course, initiative, mentorship or *whatever* that will automatically “launch” your career. If there was, the market would be flooded with graduates who could kick the ass of anyone who hadn’t done said course. It’s not.

Don’t get me wrong: courses, initiatives, mentorships – are all great things. I want to try and help as many writers as possible via stuff like The Script Labs at LondonSWF.

But never, EVER use getting a place on one as your validation. That way disappointment lies. What’s more, getting  a place on one is not a guarantee of anything. Think about it: why would it be? I have never won anything. To be honest, I don’t think I’ve ever placed in anything much, certainly in the last three or four years! I’ve still been paid for my writing. Lots of times.

You want to be a professional writer? You have to MAKE it happen.

It is as simple as that.

So keep on keeping on. Again: what else is there?