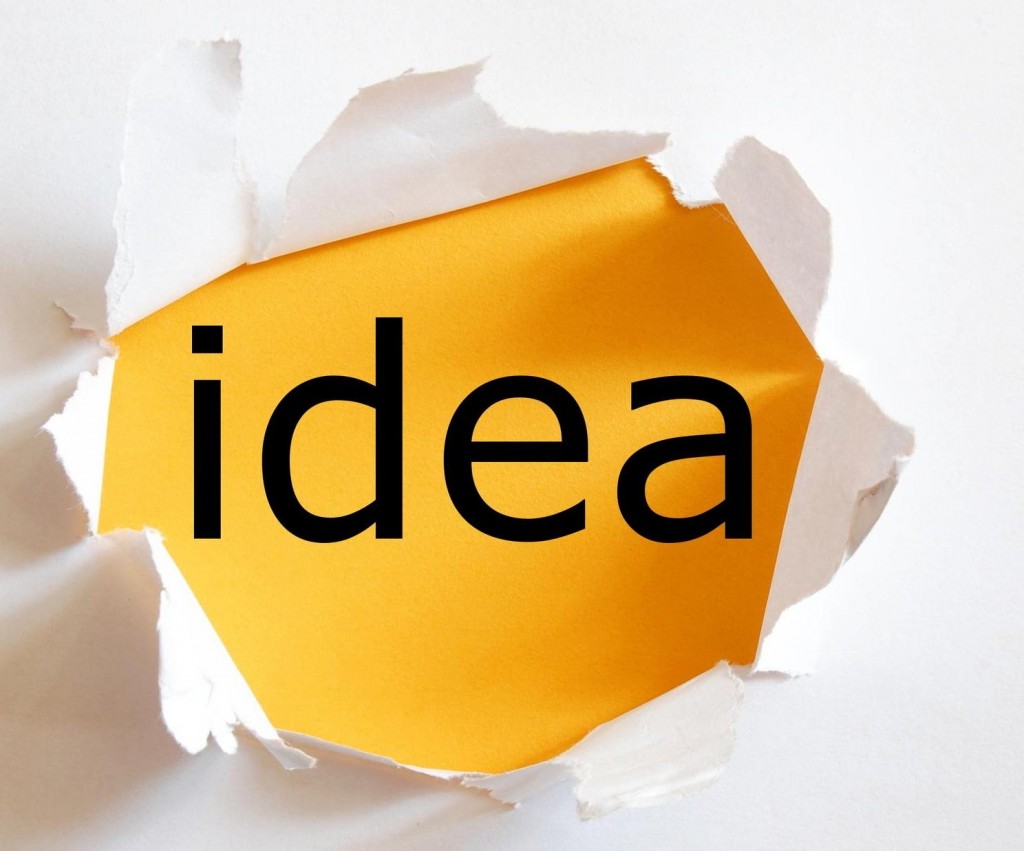 All of us hit setbacks in our writing sometimes. When we do, it can be a good idea to try out techniques other creative people use to keep their work moving. Here are a few techniques I use when I’m stuck at the ideas-developing stage, not sure how to turn ideas into a story.

10-3-1 is used by designers at Apple, and it goes like this. Instead of taking just one initial idea and developing it directly into a product, designers work on 10 different ideas, being as imaginative and impractical as they like. Later they whittle down to three working designs, then from those 3, Apple take one final product for development.

I use my own version of the process: let’s say I’m doing a story about a character called Haggis-Man, but am stuck on what happens next. Instead of coming up with just one idea (‘aliens invade his toilet’) and going straight to writing that out, I do a list of 10 different possibilities. Usually I deliberately fill the list with silly suggestions (eg: ‘corned beef’) to get myself into a cooperative frame of mind. Once I’ve come up with 10 options, I stop. Whittling them down, first to 3, then to 1 (the one I write out) is helpful: it stops me getting ‘lost in the woods’ of possibilities.

If I later hit story problems with one outline, I can go back to the 9 I first came up with, instead of having to start on a completely blank drawing board. It’s also possible that bits from the individual ideas might combine together to make something I wouldn’t have found without writing them all out. There might be something I like about outline 1, and something good in 3, and something cool in 4.

Ask questions that will help the story grow – who is this character/what is this place? How did they get here? What’s in their pockets?

I find that asking open questions is a good way of keeping out of negative, ‘this is crap’ trains of thought. Instead of saying ‘will anyone like this?’ or ‘will it be as good as I want it to be?’ I find it helpful to try to stay immersed in the story world, finding out what the characters are doing.

3. Work on something else!

I find that working on another creative project helps me find more energy for the one I’m struggling with. Projects can cross-inspire each other. I also find being out and about, eg: going for a walk, helps my imagination, rather than staring at my laptop screen forever.

4. Use Others’ Ideas As A Springboard

My personal favourite source of ideas is the wonderful Tourettes Hero, who not only deals with a very tough daily life as a result of her Tourettes syndrome, but also takes time to post up her frequently hilarious and imaginative vocal tics. Best two I’ve seen this year: ‘There’s a squirrel of salvation but it’s too busy collecting nuts for winter.’ And ‘Are you perverting the course of bins?’

5. Try a new medium for working on your ideas

Deliberately note down all the ‘bad ideas’ and poor solutions which you haven’t written out because you think they’re rubbish. Ideas are so flexible, even those that don’t seem interesting at first can turn into something great if you give them a chance.

7. Don’t focus on the ideas alone

To quote Neil Gaiman: ‘The Ideas aren’t the hard bit. They’re a small component of the whole. Creating believable people who do more or less what you tell them to is much harder. And hardest by far is the process of simply sitting down and putting one word after another to construct whatever it is you’re trying to build: making it interesting, making it new.’

BIO: Daniel Hartropp is a writer who still thinks The BFG by Roald Dahl is the best book he’s ever read. He has a blog here and writes about films, books, folklore, clinical depression and cute animals.