6 Reasons NOT To Have A Prologue In Your Novel 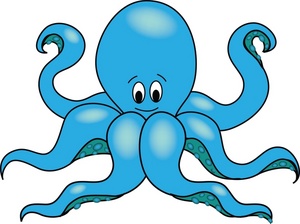 So I’ve been reading a lot of spec novels via the Bang2write script reading service and downloading various free self published works for my Kindle app on my shiny new iPad (why the hell didn’t I get one years ago? Oh yeah, no money and the whole technophobia thing).

Anyway, of the many spec or self published works that have crossed my radar in recent weeks, I’ve noticed some similar issues, all relating to prologues. Here are my thoughts on  NOT having one and why:

6. Your story starts too early. All too often, prologues in spec novels are boring simply because they start too early. We’ll join characters waking up and getting ready for the day; being bored at work; or sitting around talking in coffee shops. If you’re going to do a prologue, be DRAMATIC with it: grab our attention by HOOKING us in, give us a reason to invest in your character’s journey.

5. You’re being too mysterious. I read a lot of prologues in which the characters are not named, so the reader is essentially asked to guess which of the characters in the main chapter the prologue refers to. Now this needn’t be a problem per se – in fact, I have read some great novels that have done exactly this – but it’s hard to pull off. You need to absolutely nail it to make it work; don’t rely on the mystery element alone to hook us, as chances are you may just end up isolating and/or confusing us.

4. Your prologue could be part of the story. A lot of novels start with an intriguing hook in the first instance of the prologue, only to “rewind” back again the moment chapter one begins: “6 MONTHS EARLIER”, “TWO YEARS AGO”, etc. This is beginning to feel like a horribly hackneyed technique in screenwriting and in my opinion, novel writing too … Largely because it’s seemingly everywhere.

My advice then would be to approach this storytelling device with caution … And if you’re going to use it? Ensure it means your prologue absolutely rocks and couldn’t “just” be part of how the story plays out in linear time.

3. You don’t have an epilogue. Prologues are about introduction/ setting up, much like in screenwriting. This means setting up a story question of some kind in the prologue that is ultimately answered “overall” in the epilogue is a GREAT way of ensuring your prologue is “needed” in your story. Yet too often, an epilogue is missing in the spec novels I read, so the story feels “weighted” to the front – and for no real discernible story reason.

2. It confuses things (and readers). I’ve lost count of the number of times I’ve read a spec novel when the writer start with a particular character in the prologue (Character A), only to switch for no seeming reason to another character in the first chapter (Character B). B will be doing something wholly different to A and more often than not be in a different time period or place. As a result, I’m left confused: why start the story with A? Generally speaking, A will relate to the backstory of B, but crucially B doesn’t know it yet, so we end up feeling as if we’re “treading water” for an extended period as B catches up and finds out how A’s actions impact on his/her life.

1. Everybody else is doing it! Like anything writing-related, these things come in fashions and EVERYBODY is writing prologues at the moment – yes, including me: I have a prologue in Gut Decision, in fact (and an epilogue too, now you mention it).

Fact is, the more *everyone* is doing *something*? The harder it is to stand out. Human beings prize novelty and originality, so are pretty scathing of anything they feel is done “a lot”, whatever that means.

Follow agents, agents’ assistants and book editors on Twitter. See how many mention prologues in a negative way. Before long I bet you a million squid, plus tentacles, you will see what I mean (and in a very short time).

Great. So did I in Gut Decision (and believe me, I tried without it! Many, many horrifying ways … I had to admit defeat).

So I made sure I followed my own advice regarding points 2 and 3 of this article. Did anyone mention *my* prologue in a negative way?

Nope. Not a dicky bird. So I’m confident it works. Of course, as with anything creative, it’s not the *only* way of tackling the prologue, so if you know of other effective ways of nailing these tricky suckers down, let us know in the comments of this post and I’ll add it!

Make sure your story NEEDS a prologue; don’t merely write one simply because it “feels right”. Novels, like screenplays, are highly constructed artefacts and need to reflect this, rather than be a splurge of words on the page. Forget this at your peril!

How To Write A Prologue For Your Novel from WikiHow

7 Deadly Sins Of The Prologue by Kristen Lamb