5 Ways Tweeting Will Make You A Better Writer

Aside from its ability to market your writing in the form of online articles and blog posts, tweeting can, over time, represent a writer with a whole host of opportunities to improve their writing and hone their approach. 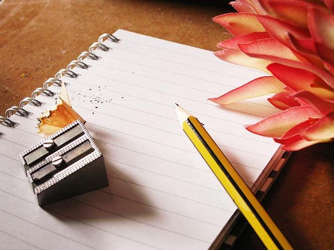 Anyone who uses Twitter to market their work needs to be aware of a few things before they delve into it with the intent of generating some sort of benefit for themselves:

● You need to contribute something in order to receive something — People can smell selfish tweeting a mile away, so make sure you engage your followers (and others) in a way that doesn’t try to oversell yourself.

● It’s possible to say too much — Tweeting too much while not having something meaningful to say will inevitably cause some people (perhaps a lot of people) to unfollow you. Keep in mind that it is extremely easy to unfollow a Twitter account, so don’t give people a good reason to do so by spammer their feeds with 300 tweets a day.

● Twitter is slowly (but surely) being devalued — While it is still relatively young, Twitter is being tremendously inflated and devalued by spammers and fake followers. Just be aware of the fact that your tweets are small fish in a very, very big pond, so it will take more work to gather a following than it might have a few years ago.

That being said; as a writer, you can still draw a lot of benefits from using Twitter that will work in your favor. Here are a few of those benefits.

Making a quick connection with someone on Twitter is often as easy as just sending them an @ tweet and letting them know how much you liked something they posted, or thanking them for a follow if they’ve followed you. It’s non-intrusive, and has the potential to create lasting alliances and relationships.

For writers looking to get published or produced, this can be an excellent method of networking and building connections.

If you’ve developed a decent-sized following, you can often get quick and timely feedback on articles or blog posts that you’ve written, in either the number of comments or retweets your work merits.

It can at times be difficult to gauge the sincerity and reliability of that feedback, but most of the time, people who have followed you are already taking an honest interest in you and what you’re doing, so don’t be afraid to ask for feedback in your tweets.

Having only 140 characters can actually be a good thing if you want to get in the habit of writing in a succinct, straight-to-the-point manner. If you aren’t able to get your point across in a single tweet, you’ll need to put some thought into eliminating unnecessary wordage. Any writer worth their salt knows that this is a good habit to get in to.

In the same vein, having to limit your characters means you have to use words that convey exactly what you mean to say — and the shorter the word, the better. You can use this to help expand your vocabulary, forcing you to search for that perfect word or turn-of-phrase. In this case, a thesaurus would definitely prove useful.

As a writer, you need to take advantage of the tools that have been afforded to you, especially in our day, where writing and text are more valuable than they’ve ever been.

Twitter happens to be one of those tools, and will continue to be for the foreseeable future. Make sure you know how to not only use it, but how to use it to your advantage. Being aware of how it can benefit not only your writing career, but your writing habits will help you make the most of time you spend using it.

Remember to keep things simple, be sincere and don’t spam people. Twitter will do the rest of the heavy lifting.

BIO: Marcela De Vivo is a freelance writer from Los Angeles. Though she currently works with Host Papa, her background is social media marketing, so she has studied the ways in which writers interact with social media, and continue to develop the media.