4 Reasons YOU Should Be The Next B2W Intern 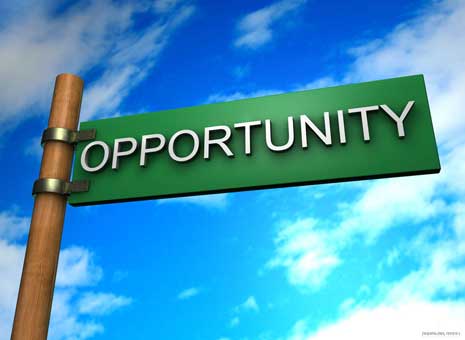 So, we’re at that time of year again when I offer up the opportunity to be the official Bang2write intern for the summer period.

B2W offers a platform for the successful applicant to get their work seen by a social media network of approximately 10K, as well as introducing them to the rigorous demands of branding; managing various social media sites; facilitating discussion; sourcing links, encouraging debvate and deflecting flame wars to name just a few.

In return, the successful applicant will get my full attention and moral support as I edit and give feedback on their articles; advise on their social media strategy and share my contacts with them as they source guest posts and Q&As with professional writers & filmmakers. There may also be an opportunity to do some script reading in a learning capacity. (I will also of course write references for course tutors and/or online profiles like LinkedIn).

So, what I am looking for?

This year, I’m looking for a social media intern. If you recall, the lovely Eleanor Ball and Sam Caine undertook these roles in previous years, writing blog posts and sourcing lovely links for you Bang2writers out there.

This year, the successful applicant will have even more to deal with: B2W is a much more streamlined site, with very particular expectations for articles like numbers and linkbait titles and now includes novel writing. B2W is also now available on the likes of Pinterest, Quora and there is a new B2W Linkedin group, as well as the usual Twitter & Facebook presences in addition to this site. In addition, there is The Required Reading List over at bit.ly to help manage, as well as finding guest posters; editing articles and taking part in such discussions as #scriptchat on a weekly basis.

Not sure an internship on this site can lead to anything useful, or provide any useful insights for those starting out in their media careers?

Well, B2W has had 4 interns now performing various roles in the last 3 years, so I’ll let them tell you in their own words what they got out of it:

“I’m currently working as Micheline Steinberg’s assistant at Micheline Steinberg Associates working across film, theatre, television and radio. I was previously an assistant at Linda Seifert Management after leaving university. Later this spring I’ll be heading to the Great American PitchFest in Los Angeles and I hope to be a part of the London Screenwriters’ Festival again this autumn. I occasionally read for script competitions and I’m in the process of launching a blog called Sunday Opening Hours. In 5 years’ time, I’d like to think I might have had the opportunity to have worked more in development and production, potentially moving to work for a production company or similar. I’d also like to think that I might pluck up the courage to finally open Final Draft again in a personal writing capacity!”

“I’m now a freelance copywriter doing scriptwriting in my free time. Copywriting, I’ve discovered, can be just as interesting and creative as scriptwriting, and you can actually earn money from it, but shh. Since graduating from the Bang2Write school of gumptious interns, I’ve written a few sketches that have been produced here and there, and I’m co-writing a comedy series called Coppelgangers (which has started to be released on YouTube). I’ve also worked as a Script Supervisor on three separate productions, which for some reason involves eating a lot of crisps. I have quite a jumbled and intermittent array of writing experience now, but that’s because I keep saying “yes” to stuff, and that’s a good thing. Bang2Write taught me that.”  Visit Ellie’s website here.

“I’m a Script Reader for the BBC (Continuing Drama) and I’m Script Consultant with Silver Leaf Pictures (credited script consultant on their whole slate of films). Since Bang2write, I’ve also read for London Screenwriters’ Festival, Girls On Film, MBA Literary Agents, SMART Talent and have my own consultancy page, HUTCHSCRIPTS (Could you link this?). I’m also a writer/producer on “A Little Bit Racey”, a radio comedy panel show, which has just been commissioned for a regular series on Livewire Live, Hope FM, where it will be broadcast live to over 5,000 listeners every month. What’s next: I have a busy summer ahead, producing sketch show, “Man Feelings”, at this year’s Edinburgh Fringe Festival, returning after our successful debut last year. I also have a short film called “Top Hat” going into production with We Move Pictures in May.” Visit Sam’s website here.

“Writers are famously hard to please, so writing for writers was a daunting task. However, after the nerves wore off, I realised I was in a (mostly) friendly community, which appreciated discussion (and the occasional disagreement). My time at Bang2write taught me a lot about social media, networking with other writers and keeping my work snappy, engaging and thought-provoking. The daily discussions gave me a great insights into the way other writers work, the workings of the industry and, perhaps most crucially, my own techniques as a writer. I’ve currently got a few short films in (physical) development; I’m putting the final touches on ‘Enoch’, my 6 hour serial drama about the rise and fall of Enoch Powell; I’m collaborating on several projects with other writers and continuing to script read in my spare time. I’ve also applied for a few jobs in production … Bang2write was a fun, educational and flexible summer placement that I would recommend to anyone serious about writing.”

The successful applicant will:

Here’s what would be expected:

Please note: I’m afraid I cannot offer pay. Bang2write has no advertising or sponsors and I am not paid to run this site. I believe this is a great opportunity, especially for those of you studying for a scriptwriting, creative writing (or similar) degree – and whose courses demand a work placement element. However you don’t HAVE to be a student!

Nothing else please – NADA. NOWT. ZIP.

Thanks and I look forward to reading your submissions. Any questions, please do NOT email – tweet me with them or leave them on the FB wall.

previous8 Ways To Jump Start Your Novel’s Description
nextBBC Future Fiction Summit: What Next For Drama?