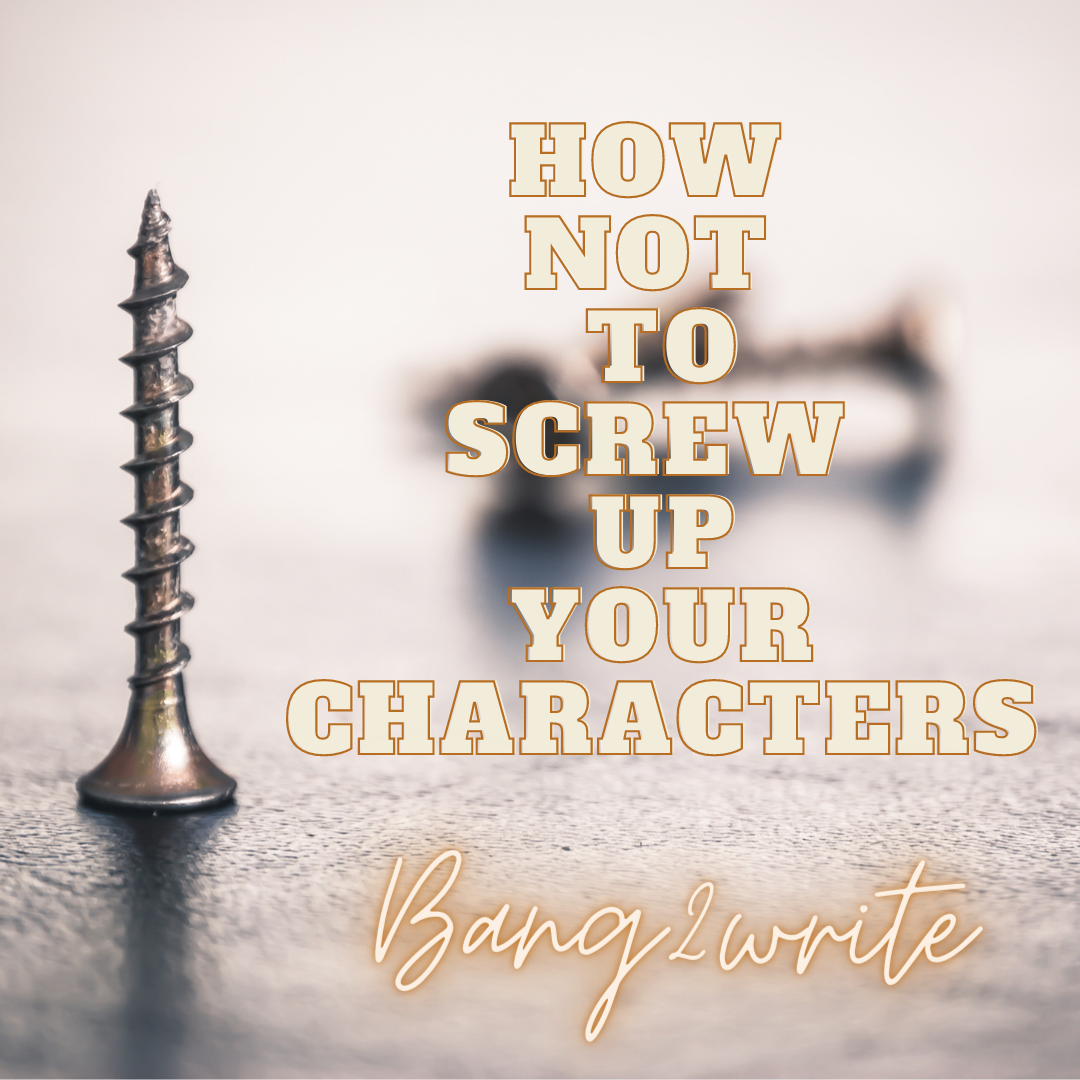 Don’t Screw Up Your Characters

Characters are the lifeblood of any great story, so we don’t want to screw up on this … BUT writers frequently do.

There are multiple, multiple ways to screw up on characterisation, but here are the typical ways …

So if we don’t want to screw up, we need to keep the above in mind.

But wait … You’ve been given this feedback: “We need to care more about your characters.”

This is a useless piece of feedback. Put whomever gave it to you on the naughty step RIGHT NOW. Join me children in examining why this feedback sucks BIG TIME.

(Okay, okay, the feedback-giver *means* well. And yes, just like “Show It, Don’t Tell It”, this advice probably started off good stuff).

BUT I put it to you “we need to care more about your characters” creates waaaay more problems in drafts than it solves. Why?

Because writers end up spending SO LONG trying to make us “care” (WTF does that really mean anyway?), they end up shooting themselves in the foot story-wise.

Great characters are part of great STORIES. This means the two are inextricably linked. If they’re not, your story is officially a screw up.

So when writers get that ubiquitous, but crappy note “we need to care more about your characters”, they inevitably start focusing on character AT THE EXPENSE of plotting and story. YARGH!

How Writers Screw Up Their Characters

As we’ve established, writers screw up characters A LOT. I’m going to take a deep dive into WHY this happens and WHAT we can do about it. Ready? Then let’s go …

5) … They introduce their characters badly

Whether screenplay or novel, your character needs to be introduced in an interesting and dramatic way.

When we meet your character for the first time – especially your protagonist – s/he should be preferably DOING something that:

a) Tells us *something* about him/her in terms of personality

b) Gives us a sense of the storyworld/the tone

Yet too often we meet characters waking up, getting ready for the day ahead and/or eating breakfast; coming down the stairs or from another room (usually when someone yells for them); sitting in cafes or restaurants musing; or sitting in their bedrooms doing the same. LE YAWN.

This is nearly always because writers mistakenly believe that seeing a character in their home environment (or similar) makes us “care” about them. IT DOESN’T. It’s just dull!

Remember, readers make all kinds of assumptions not only from your very first page, but from your opening image too!

Make sure you introduce your characters in ways we don’t see all the time to stand your best chances in the marketplace.

This is an issue that seems primarily a screenwriting-related problem. I loved the following dialogue in the brilliant WRECK-IT RALPH, which I watched recently with my Wee Girls:

SOLDIER: It’s not her fault. She’s programmed with the most tragic backstory EVER.

In comparison to WRECK IT RALPH then, scribes DON’T play the notion of a tragic back story up front for laughs.

Instead, the reader will have to wade through stories of child abuse; adoption/rejection; rape; bereavement; self harm and recriminations – all before the actual main story gets going.

More often than not, this will mean going through an acre of flashback before the situation in hand kicks off, though sometimes there will be various arguments and/or a funeral, or even ALL OF THIS (yikes!).

Yet these huuuuuuuuge adverse life events are massive; to make them blithely “character building” feels like a slap in the face for the characters. Not convinced? Think about it:

“Oh my character has to deal with being held hostage in the bank where she works – BUT IT’S OKAY BECAUSE IN THE PAST SHE WAS ABUSED AS A CHILD, SO SHE CAN HANDLE THIS” — WTF???

Yeah, yeah ***of course*** writers don’t mean it this way. They’re trying to give their characters “layers” and make us “care” about them. I totally get that. But seriously, overly tragic back stories played up front are not the way.

Characters’ reactions and the way they deal with what’s happening to them in the “here and now” tells us SO MUCH more than acres of flashbacks or expositional dialogue about their traumatic childhoods. 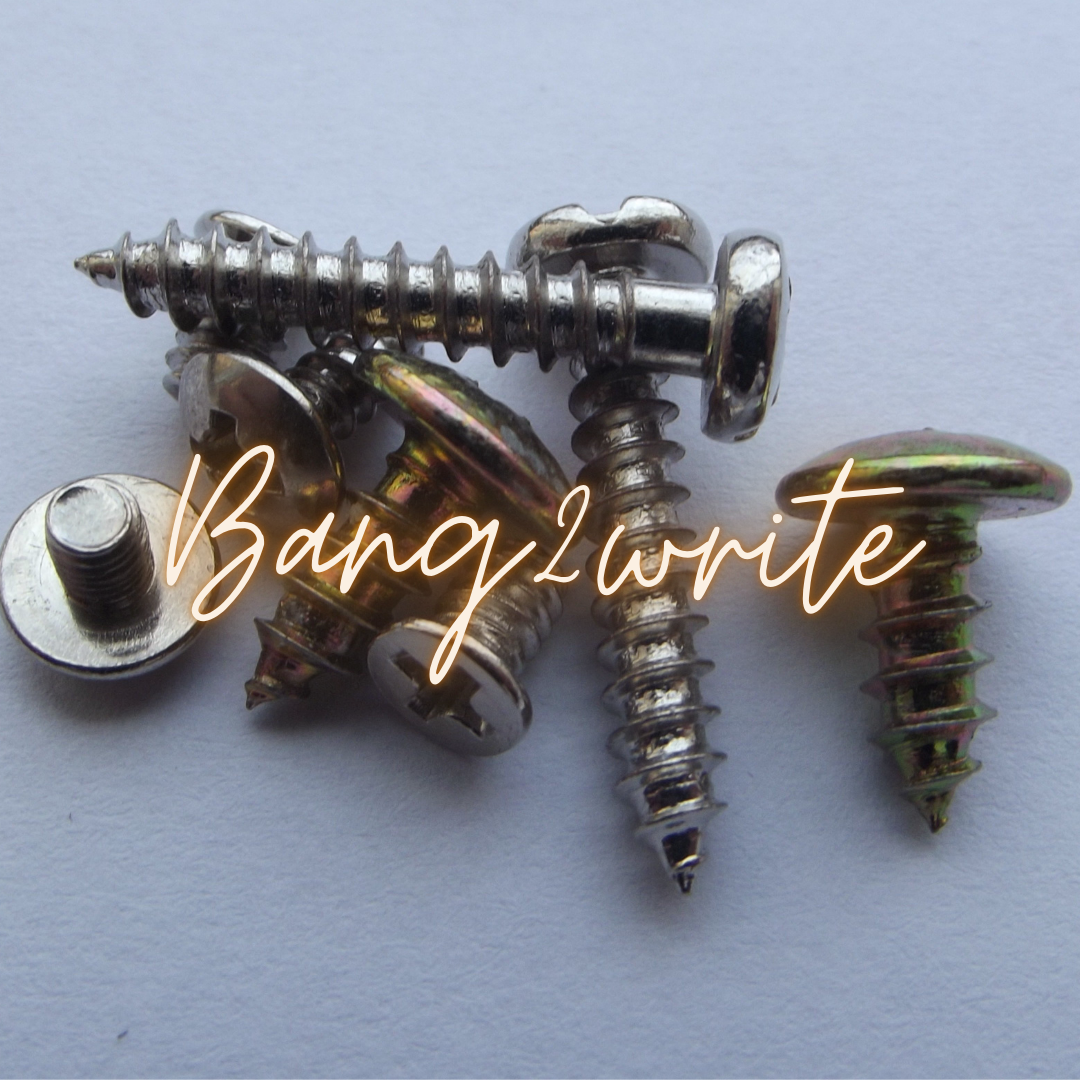 3) … They “back end” (quiet at the back) characters’ motivations

And of course,  as with most things writing-related, there’s an opposite end of the scale too: we don’t know what characters’  motivations are in the first instance, because writers are so busy trying to make us “care” about them, usually with various flashbacks to stuff that happened “before”. So we don’t know what the characters want, why they want it, or when by. Instead we end up finding this out in retrospect. As a result it’s difficult to invest in those characters’ journeys.

Sometimes this happens in spec novels too, especially those where the scribe is writing in the first person. I’ve noticed writers attempting Young Adult in particular can have this issue. What tends to happen is the scribe is so busy “setting up” the character and the world s/he lives in (especially a school environment), they forget to tell the reader what the story is *really* about.

2) … They introduce too many characters

Sometimes a screenplay or novel will have a plethora of characters, often to persuade us what a great or upstanding protagonist we have. We’ll see the protagonist interract with all kinds of people, in all kinds of ways, usually all positive. Aaah. Sweet.

And before you say it: YES, technically novels can have as many characters as they want. But — and there’s always a but with me! — they need to have a reason to be present in the narrative. The reason can be anything the writer wants, but broken down, those characters need to relate to:

e) all of the above

Otherwise your characters simply float about randomly and the reader can’t “connect” with them. FACT. Sorry!

It’s the same with screenplays, but more condensed. Being much “shorter” than novels (both literally and figuratively), this is inevitable, yet many screenplays – whether feature length or TV pilot –  have what I call a “Mer De Noms” (sea of names). I simply can’t keep track of them all. This is usually because in addition to that sea of names, I can’t discern each character’s role function. More on this after the last jump. 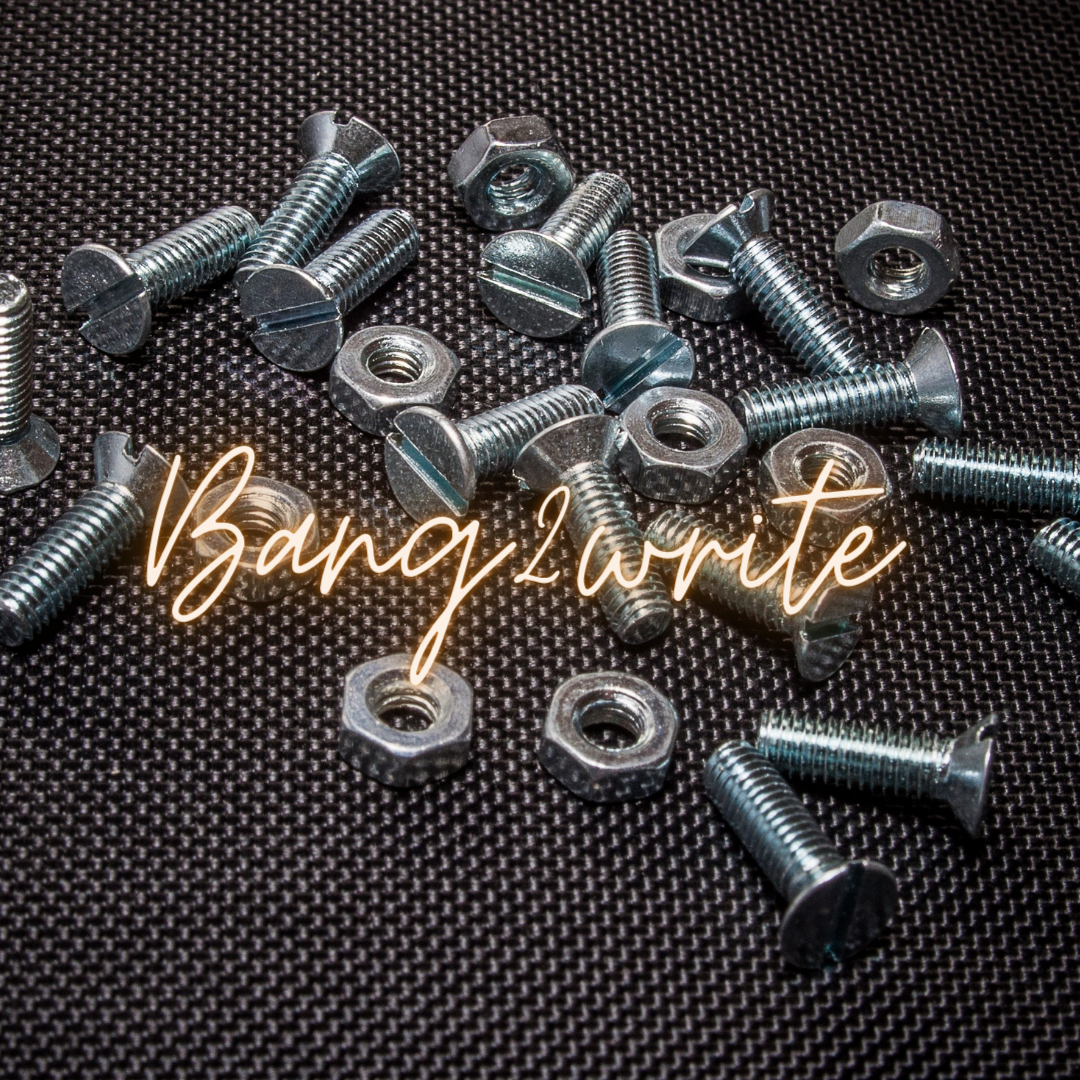 1) … They give characters No Discernible Role Function

This is probably the top screenplay characterisation problem EVER and usually happens because scribes are so busy trying to persuade readers to “care” about characters, they forget *why* the characters are part of the story in the first place.

We all hear about “differentiating characters”, so many scribes spend a lot of time trying to make each one SOUND or LOOK different. And this is a good start. But sounding or looking “different” does not great characterisation make. Why?

Because great characters are what they DO.

In other words then, the characters in your screenplay all have to DO different things in order to be “differentiated”.

For the above, they need a specific role function, ie:

Protagonist: Usually “for” the “main theme” of the story.

Antagonist: Usually “against” the “main theme” of the story.

With protagonists and antagonists in mind, it’s usual the protagonist drives the story, though sometimes it’s the other way round and the antagonist will instead. Occasionally, we will have a passive protagonist (especially in the case of the Comedy genre), but if this happens, another character (antagonist OR an important secondary) will usually “take the reins” and give them back to the protagonist in the resolution.

Secondary Characters: These guys can boiled down to this notion – they HELP or HINDER the protagonist or antagonist in their respective missions.

From the above, secondary characters may perform very tried and tested roles like Mentor; Second In Command; Henchman; Love Interest; Best Friend; Comic Relief and so on.

Peripheral Character: These guys reflect the story’s intentions and/or facillitate the plot or (usually) the main characters’ motivations in some way (or the opposite).

A good example here would be characters who are placed in the narrative simply to die as in the Horror genre, or war and disaster movies. Peripheral characters don’t have to die though; sometimes in Comedies and Thrillers a peripheral character may obstruct our protagonist in his/her mission, like the Jobsworth Official who won’t help, or a Police Officer who arrests the protagonist or turns them away.

Next time you get the feedback “we need to care more about your characters”, make sure you give that feedback-giver a bop on the nose. Or preferably, refer them to this post. And yourself.

Remember, if you don’t want to screw up on characterisation, keep the following in mind …

33 thoughts on “Top 5 Ways Writers Screw Up Their Characters”