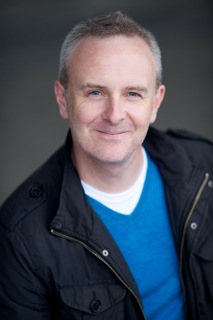 Are you mad? Step in front of the camera, why? I can’t act. Anyway I’m perfectly comfortable here in my room with Final Draft.

If this is your immediate response to the idea of working as a Background Artist (more commonly known as an ‘Extra’), you are probably not alone. Yet if you want to learn how the film and television industry works, there really is no better place to be than on a set experiencing ‘pages’ coming to life. After all, this is where you want your own script to be at some point. Isn’t it?

The opportunities for the inexperienced to get on a professional set are rare, but there is always a demand for extras. Most background artists do not even need to act, just walk up and down (the cross) and have a certain look/age/wardrobe that signals to a viewer that you belong at that particular location e.g. police house, hospital. After working background for a while you will truly understand the meaning of typecasting.

So how can background acting help you as a writer?

1) You get to watch scripts being made

Every day on set is a learning opportunity. You can listen in as the director discusses the next take with the actors; watch as the cameramen, grips and lighting set up the shots; even hear Actors trip over their lines and blame it all on the writers! You might get to read the day’s pages, what’s been cut, why? What gets filmed quickly (cheaply), what does not? And why?

2) You get paid for your time

You won’t get rich, but you should more than cover your costs and you will get fed. You can even work on your own script when you are not being used in a scene. Not bad.

3) You get to network without the awkwardness

God, I hate ‘networking’. I hate the very word. It feels so false and grubby. Yet, like every business, perhaps even more so, relationships are what will get you work more than any single other factor. Even talent. So get over it. Start now.

When you are in ‘holding’ (waiting to go on set), you are surrounded by Actors, Production Assistants and Assistant Directors. Some them are looking for good scripts to work on. Some of them are writers you could collaborate with. Some of them are even Directors and Producers in their own right.

For the most part, in my experience, actors like to talk so the pressure is off you to generate the conversation. Engage with your new colleagues. Let people know what you are working on, make connections…but don’t bother people if they look busy. Remember this is a professional environment.

4) You will grasp the realities of production

You may have read something somewhere about writing with a (low) budget in mind, particularly when starting out. On set you will see for yourself where the money goes – look at all those people running around, the production design, the costumes and the props. It all costs money. Once and for all it should remove any tendency you might have to include, say, pointless helicopter battles in your drafts.

5) You get to see yourself on screen…(maybe)

As background you might see your face on screen but often it will just be a leg or the back of your head. More frequently than you might think, although you were standing right beside the principal, you will disappear entirely from the final edit like you were never on set at all!

Having got vanity out of the way, you can now move on to compare what you saw being filmed to what made the final cut and consider why some elements were dropped? What have they focused on?

One of the first jobs I did on “Blue Bloods” I was used in a scene with Donnie Wahlberg. At the time I thought to myself, “This scene is pointless, it has no conflict in it.” My writer instincts were right: the whole scene was edited out of the broadcast version, over two hours of work costing thousands of dollars thrown in the bin.

Oh, by the way, I forgot to mention it’s also a lot of fun, except for the early rises. What’s not to like about working with Leonardo DiCaprio and Kevin Bacon?

Even if you never make it onto the set of a professional feature film or television episode consider working background for your friends and peers for free. You never know what you might learn or whom you might meet on set.

Do an Internet search for “Extra” jobs in your area. Go on give it a try.

BIO: David Kelleher is a writer/actor living in New York City where he works as background on productions such as The Following, The Good Wife, Blue Bloods, Boardwalk Empire and The Wolf of Wall Street between screenwriting assignments. He is a graduate of the Masters in Screenwriting program at Bournemouth University where he won the Alan Plater Prize. He can be found at irregular intervals on Twitter and at his Website.

previous3 Reasons Why “Show, Don’t Tell It” Is Bad Writing Advice
next6 Stock Characters That Need Retiring By Writers NOW