8 Things Life As A Writer Teaches You

And there it was, finally mine! A scriptwriting master’s degree from Goldsmiths, University of London. Printed on that posh, bumpy beige paper, because, for some reason, the more beige a piece of paper is, the more important the printed matter.

Degree in hand, I then marched to my desk, sat down, and phoned the BBC to ask if I should start work on Monday. Or maybe it was Pinewood Studios I phoned. Hang on, no – it was Universal Studios Hollywood. (Or is that a theme park?)

Obviously my lovely degree on its bumpy beige paper didn’t guarantee me a job at any of those places. It’s over a year since I came home with that degree and I’m currently sitting in my parents’ house, trying to make the very difficult decision as to whether Vegemite or Marmite is the superior spread. 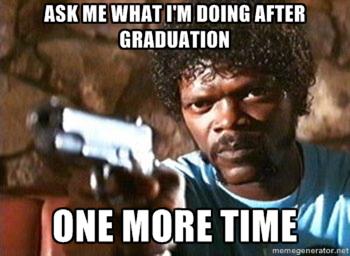 Now I’m one of those people who uses the title “writer” as a euphemism for “unemployed”. I’m just a statistic now; an educated young person who can’t find a bloomin’ job. But my writing ambitions haven’t wavered even for a second, and motivation is probably the strongest weapon in my arsenal at the moment. With it, I’ve done as much stuff as I can in the year since graduating, and if I say that stuff out loud it sounds pretty exciting. For example, I went to a professional read-through of my own work for the first time (a short film). And I saw my own work filmed for the first time (a commercial video). I worked with organisations like Festivals Edinburgh and the London Screenwriters’ Festival, and people like the fellow who voiced K9 from Doctor Who! Which made me more happy than I had any right to be. I got paid to blog, paid to write sketches, and I fell over and hit my knee on a discarded copy of Harry Potter and the Deathly Hallows.

But these were days of excitement padded by weeks and weeks of absolutely nothing. And I’m pretty sure that none of the above – and I mean none of it – was a result of my scriptwriting degree. 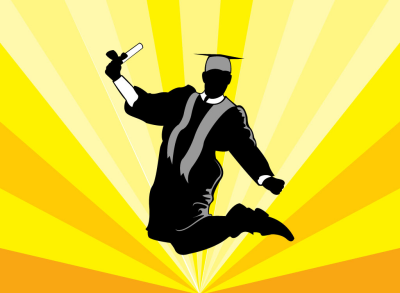 I learned many, many lessons while studying scriptwriting, but I thought I’d share the lessons I’ve learned in the year since graduating.

1. Make it known that you’re a writer, because then people will think of you when writing needs to be done – especially at your current place of work. Before I went on my scriptwriting course, I had a job and I wouldn’t stop jabbering on about how I loved writing. So my boss gave me any writing task that needed doing – and, two years after I left the job, paid me to write a blog. If you’re too shy to announce your mighty writership, simply sneak up behind your boss, whisper “I’m a writer” into her ear, like a breath on the breeze, then run away quickly before she turns around.

2. Say yes. When I was eighteen I was helping out at a production company in the Edinburgh Fringe, and they offered me a chance to write one of their plays. I said thank you but no. I’m sure you can imagine how much I want to go back in time and kick myself. With an axe. An axe of wisdom.

3. Rein in the silliness. Sigh. I hate this one. If you’re reading this, hopefully you’re a bit silly. And if you’re a bit silly, you’ll find that you have to behave like a grown-up every now and again – like when you’re looking for writing jobs. You should absolutely be yourself when communicating with potential clients. But I’ve learned that a unique sense of humour can sometimes be seen as unprofessional, childish, or rude; even if they do get a giggle out of it. The idea is to be balanced. Don’t start a professional email with “yo yo yo”, but by all means throw in a joke. But not a joke about Jimmy Saville. 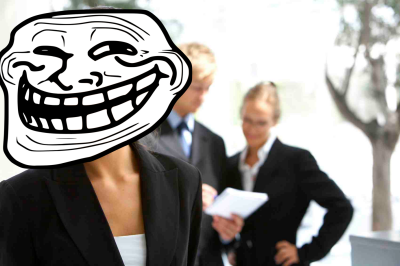 4. Be prepared to spend your own hard-earned pennies. Interviews, networking events; even casual meetings with industry colleagues. At the very least, it makes for an enjoyable rant when you return to the back-end of beyond with an empty wallet and an unchanged writer’s CV.

5. Be prepared to earn no pennies whatsoever. Even armed with a scriptwriting degree, you haven’t yet proved yourself as a writer. Only with a handsome plethora of experience can you expect to earn money with every job. And if you don’t have time, make time. Do the unpaid bit of writing at 4AM. Or on the bus. Sometimes writer friends of mine turn down great opportunities because they’re unpaid. (I kill said friends out of sheer frustration, and now I have no friends.)

6. Cynicism is a shield. Say “yes” to everything, sure – but do so with your eyes open. I said “yes” and I ended up working with the most terrifyingly sexist director I’ve ever met. He had a proven CV – he was “for real” – but I think he dreams of awing impressionable young people. (I was not the only fish in his net.) He promised me 100s of 1000s of pounds to write a movie with Oscar-winning actors in it, and kept up a stream of grandiose claims – and very dodgy comments – drunkenly pretending to scribble me a massive cheque while insisting I add a very erotic element to the script.

I quit. Obviously. It was a horrible experience, but it taught me well. 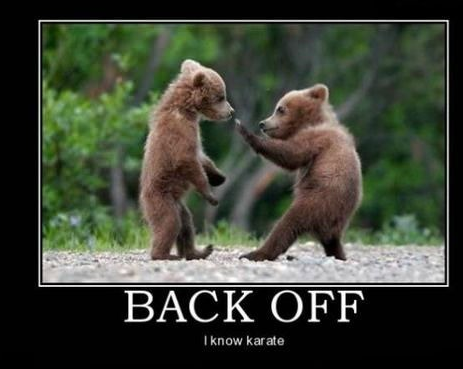 But we’re also all figures of support, companionship and understanding (it’s icky but true). Follow us all on Twitter, connect with us all on LinkedIn, befriend us all on Facebook. Take part in #scriptchat, join the blogosphere, hook up with people for feedback swaps (including me – that’s a genuine invitation), and go to literally every networking event in the entire universe ever.

And it’s Vegemite, by the way. Vegemite is superior to Marmite.

2 thoughts on “8 Things Life As A Writer Teaches You”

previous3 Killer Typos That Blow Writers Out The Water
nextOn Writing: The 3 Cs Versus The 3 Ps