3 Tips For Getting Rid of Static Scenes 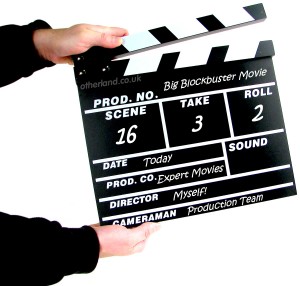 Screenplays are all about ACTION. As writers, we all *know* this. Yet the average screenplay in the spec pile has very little action in it. Instead those scripts contain what I call Static Scenes.

What is a Static Scene? Well, basically: characters aren’t *doing* very much – and they’re probably talking too much, too.  This then has a negative impact on the structure of your script as a whole, because the story slows down and the forward momentum ends up lacking. Talk about an own goal, but also easily done.

So how does the spec screenwriter get rid of Static Scenes? 3 Tips:

We all hear the phrase, “black on the page” and shudder – and rightly so. If there’s one way of turning a reader off your script, it’s by including EVERY SINGLE LITTLE THING in a scene, so s/he hasn’t a clue on what’s important and what’s not. Yet you may be surprised to hear it is possible to write LOTS of black on the page and yet STILL interest the reader – as long as it’s INTERESTING and not “over written”.

That’s right – Overwriting doesn’t *have* to equal “black on the page”. In my career as a script reader, I’ve read loads of GREAT screenplays with lots of scene description. So how has the writer got away with it? By being VITAL and interesting and injecting their voice into it, sure, but by also ensuring everything they DO write in that “black” relates to character & story and pushes it forward.

So Overwriting then is about LABOURING YOUR POINT. This could mean in your scene description (like including every single little thing) OR by making scenes simply too long. I’ve read moments in screenplays that should take up half a page maximum typically becoming 2-5 pages as standard. Always keep this in mind: start late, finish early – or risk becoming static.

When writers realise they shouldn’t include every single little thing as above, the opposite typically occurs: they become overly prescriptive with their scene description. And guess what: like all things, it’s every bit as bad as having too much “black on the page”.

But what do I mean by being “prescriptive”? Well, the writer has learnt screenplays “should” have clear images or actions, so seeks to render every action AS an image. This leads to the script reading as an exchange of body movements, frequently tending towards melodrama:

Mary collapses to the floor, weeping.

Max shakes his head at Tom, his anger obvious.

Michelle throws her head back, laughing.

Other times, writers accidentally over-reference the mechanics of filmmaking with “hidden” camera angles in their bid to try and make everything a “clear image” such as:

Open on a cityscape.

Track across the crowd.

Pull back to Henry’s horrified face.

And other times, the screenwriter forgets they’re writing a screenplay and makes it all rather theatrical:

Eloise moves away from Kelly. Kelly strides over and grabs Eloise’s arm, stops her.

Avoid all three of these prescriptive ways of representing the action in your screenplay by any means necessary! That’s right – ANY means. Don’t forget to include your personality. It IS allowed!

1. Cut down on dialogue!

But the biggest culprit – too much dialogue. Too many writers place dialogue at the heart of their scenes, to the detriment of the story, especially when it is expositional or “on the nose”.  This means scenes go on too long and impacts in other ways, too: scene description will become prescriptive, as writers simply break up chunks of dialogue with “(beat)” or people sitting or walking around a room. YAWN! What’s more characters end up saying exactly what they mean all the time. YUK! Yet strip back dialogue and suddenly, your characters have to DO more. Problem solved. Boom.

So next time you’re wondering what to do with your rewrite, don’t just move chunks about and tweak the incidental: instead, check out your dialogue and scene description – and consider whether you’re overwriting. It will stand your story in better stead!

1 thought on “3 Tips For Getting Rid of Static Scenes”