You Have Nothing Worth Ripping Off … 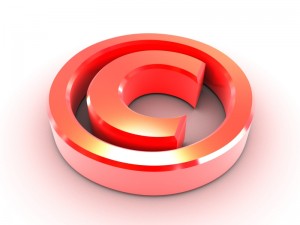 … Because if you did, someone would BUY it. A lot less hassle (not to mention expense), no?

It’s time to GET REAL:

UK Copyright Myths Exploded. The idea your script or novel is in danger every time you send it out is simply not true. Don’t believe me? Then check out this post for FIVE reasons why or better still, actually familiarise yourself with the law and how it works!

Won’t Someone Nick My Idea/Script? Ideas are FREE. That’s a fact. Besides, no matter what your idea is, it will have been done before. That’s a fact. What’s more, not only would someone else have done your story before, there’s a strong chance they may even have done it in a similar way … Because script readers ARE reading the same stories, characters and scenarios, hence my notion of The Zeitgeist Story. So rather than thinking, “They stole my idea!” Think, “How can I differentiate?” If it’s a really original take on “the same … but different”, you have a better chance in the marketplace. What’s not to like there?

But … But What About [Insert Famous Movie Or Novel] And How There Was This Person I Read About On The Internet Who Sent His/Her Script/Book/Whatever to [Insert Famous Director/Producer/Studio] And They Blatantly Stole It??? Dudes! RUMOUR. And no, just because that studio or company settled out of court does NOT mean they necessarily stole the material … Think of it this way: they can go to court and do all the tedious stuff associated with that – or pay a few thousand dollars and make it ALL GO AWAY. If money were no object, I know what I’d choose if I had some writer attempting to smear my good name by saying I apparently “stole” his/her material: pay up and gag him/her. DONE. But regardless, in all the years I’ve been script reading, I have NEVER ONCE seen a credible case of copyright theft. Just endless rumours.

Oh and by the way: release forms are NOT evidence that producers are out to nick your material; release forms are effectively “permission to read” documents – because of paranoid amateurs who worry about copyright. Read about the difference between Non-Disclosure Agreements (NDAs) and Release Forms – and why and how they are used – here.

So be professional and forget about copyright. Invest your time in your ideas instead – and knock readers out with your AMAZING concept that publishers and filmmakers cannot wait to ACQUIRE by actually paying you for it.  Because that’s what we’re desperate to do … We WANT to find The Next Big Thing. So be it. And hurry up, yeah?

4 thoughts on “You Have Nothing Worth Ripping Off …”