Don’t Be A Backseat Driver … Do Better 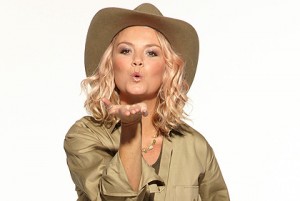 Recently I downloaded some JLS tracks. My Male Spawn was HORRIFIED and berated me mercilessly, telling me I shouldn’t EVER buy music from a band that’s manufactured/won a talent show because apparently not only is that the height of uncool, it’s supporting The Man.

“But you like Justin Timberlake?” I say, pointing out JLS’ obvious JT influence.

“But he was in N*Sync, that was a manufactured band.” I reply. “And before that, The Disney Club?”

What the Male Spawn really means is, his hero, Matt Bellamy of Muse likes Justin Timberlake – I believe Bellamy called Timberlake a “F***in’ genius” at some awards ceremony – so on that basis, Justin Timberlake passes muster … In a way JLS do not, since teenyboppers like them. Which, to a fourteen year old boy, is decidedly uncool. Even if Justin Timberlake made his own name that way. And, as one of my own fave bands Tool point out, you have to sell your soul long before you make a record.

I wouldn’t expect MS to get it though; he’s fourteen and teenagers are notoriously harsh when things don’t meet their mega high standards. I do however see this attitude amongst supposedly grown up writers all the time. It usually goes something like this:

“(This movie) or (this programme/series/whatever) is HORRENDOUS, it’s writing/filmmaking/whatever AT ITS WORST; it’s a SAD INDICTMENT on society; it shows CONTEMPT FOR ITS AUDIENCE …” And so on and so forth.

My thought is always the same though when I hear this sort of thing:

Can YOU do any better?

Those writers will frequently insist they can … Yet the writers insisting it are frequently those who are writing specs, secure in the knowledge their ideas are so much better than the crap “out there”. Yet those actually “out there” and making stuff, know how difficult it is – not to mention how things go wrong – so generally keep their mouths shut, for fear of Karma getting them on their next project! I know I do and so does does Geoff LaTulippe, who wrote this fantastic blog post about the very same subject:

” … If you aspire to be a screenwriter, you need to get this idea out of your head that Hollywood is buying terrible scripts, and you’re this great writer with your nose pressed up against the glass, and you just can’t get a shot. It’s not the case. Most writers are churning out really good-to-terrific scripts that end up getting developed into the ground.”

“You can’t tell (people on the internet) anything. You can’t point to the twelve hundred script pages and notes where you explored all of these ideas and discovered why using them was a Bad Plan. Your significant other tells you you shouldn’t be reading comments online in the first place, what are you, crazy?”

**Of course** we ALL see and read stuff we dislike. On this very blog, there’s a section called WTF? On Film where I break down films that have enraged me for whatever reason – usually thematically (though you’ll also find my guilty pleasures). Also, if you follow me on Twitter, you’ll find me writing snark about reality TV on Saturday nights at this time of year, most recently #XFactor & #ImACeleb, though hopefully some of them are actually funny (which is why I do it, I actually watch both programmes and always have, even before Twitter … #truefact!).

But there’s a thin line between insightful constructive criticism, well thought out responses or satire and abject negativity, bashing stuff simply because you don’t like it (when frequently you’re not even in that audience anyway, so what’s the point?).

Of course it’s easy to bash stuff. It can even be fun. But it does take up time. Can that time be used better? I’d wager yes. Film journalist Nev Pierce tweeted Kenneth Tynan’s quote last week: “A film critic is a (wo)man who knows the way, but can’t drive the car”. So:

If you think you can do better, why aren’t you?

Don’t be a backseat driver – go and make some stuff. See how difficult it is. Work out how to find an audience – and see how they’re all different. See how development sends various stuff awry; discover the true nature of how collaborative – and fucked up! – filmmaking and TV really is… THEN complain about other stuff being so shit.

Bet you won’t, though … If anything, you’ll be too busy planning your next project!

6 thoughts on “Don’t Be A Backseat Driver … Do Better”

previousWant To Get Noticed? Then Don’t Write These Type Of Screenplays
nextStuck In A Rut: 7 Ways You’re Sabotaging Yourself (And 1 Thing That Will Set You Free!)