Pitch Me … The Insider’s View 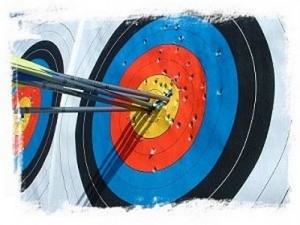 So, Pitch Me is over! No more pitches, please.

Here’s how the submissions broke down:

4 Scripts selected for a full read (so far)

I didn’t impose any quotas or expectations re: numbers selected, but I DID insist the logline had to deliver … So in other words, it had to genuinely interest me within those perimeters I set at the beginning of the initiative. I’m trying to give ALL the writers some clue on how I find their pitches and pages – and I’m not done yet! Do bear in mind it won’t always be possible, because sometimes pitches will be good, but they just won’t be for me, so whenever this happened I tried to be honest so writers could know they weren’t “misfiring”. Generally-speaking, the loglines were good attempts and for the first time EVER I got no taglines!

I did see some “misfiring” however, so here’s my take:

Watch your wording (wrong impressions). Quite a few writers have written back saying my impression of their loglines was “wrong” – but I can only know what a writer tells me. So if you don’t want people to think your story is something it’s not, then think very carefully what information you put “up front” in selling the story “off the page”, particularly if it relates to backstory. Obvious stuff, perhaps. But forgotten about all too easily.

Watch your wording # 2 (“cloudy”). Some of the loglines I just didn’t know what the story was. This was usually because the writer was so intent on setting it up, s/he forgot what’s really important – ie. what’s at stake. Other loglines I LITERALLY didn’t know what was going on, since they seemed very dreamy or “cloudy”.

Cliched phrasing really disengages the person you’re pitching to. “So (this character) learns to live and love again” cropped up OVER and OVER. Cliches can work in relation to pitching – I’m thinking phrases relating to plot, like “race against time” – but when relating to characters, cliches really disengage me.

Overall, then here’s my impressions of the pile as a whole:

High concept Thrillers and TV drama were very high on the list; especially science fiction/fantasy. This has happened consistently since about 2008 now and it does feel as if the spec market is saturated to breaking point in these two genres. I saw a LOT of repeats of things I’d seen before, too. If you want to stand out above the crowd, my advice would be to avoid science fiction and fantasy in general, but especially X File-style Detective Stories, Dr Who/Torchwood-style teams and stories about evolved humans or supernatural beings.

There were hardly any Low budget features. High Concept doesn’t have to mean high budget, but it seems no one’s told spec writers yet. I’m seeing VERY FEW low budget High Concept features which is really a crying shame, since these are writers’ best chances of getting their pieces picked up and made – really!!!

I got a lot of Historical pieces. This was a surprise, though I suspect it’s ‘cos I wanted true stories. Typically however men were at the helm of the historical scripts, just like History – and lots of the true stories were about women surviving lives as sex slaves or other such stuff – not for me.

I didn’t get many sitcoms, comedy or pieces suitable for a family audience. I got perhaps 10 sitcoms, total. This was the biggest surprise of all. I got a handful of comedy features or TV pilots and perhaps 2 features destined for a family audience. This is also a crying shame, since these are ALL in demand (in comparison to high budget sci fi/fantasy for an audience post 9pm – which everyone seems to be writing!).

So thanks for your entries! I’m still wading through them, so please be on standby if you haven’t heard from me yet – don’t follow up for at least 2 weeks please on your logline and longer on your pages.

Have a great weekend!

previousWhy Won’t My Spec Sell??
nextWant To Get Noticed? Then Don’t Write These Type Of Screenplays