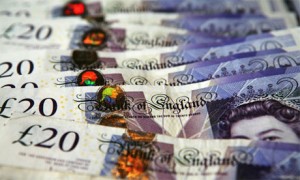 I love writers. I really, honestly do.

But there’s a small minority – like in most professions, no doubt – who seem to think the world owes them a break.

It’s time to get real. Why do I say this? Because the same-old, same-old arguments have erupted online recently in a variety of places (bear in mind these are my words):

2. I’ve never heard of anyone getting a break because of using a paid-for script reader. Really? Lots of my Bang2writers place in contests, initiatives and so on – and I like to think my feedback has in part helped them do that. But even if it’s made no difference whatsoever, I always make a point of trying to facilitate relationships wherever I can. I’ve introduced writers to filmmakers on short scripts in particular, but also to agents and producers. At the moment, I’m running Pitch Me, check it out [NOW CLOSED]. But it’s ALSO worth remembering, any person who introduces a writer to someone else cannot ensure how that relationship pans out. 9/10 it will come to nothing, regardless of how great that writer or their script is. It’s not possible for the introducer to ensure all the ducks line up in a row and it’s unreasonable of any writer to expect them to. End of the day, a referral is a referral; the outcome depends not only on the quality of the writing, but the person reading it and what they need/want at that time.

3. I’d only use a script reader/editor if she were an agent’s assistant because then you’d actually have a chance of something happening. Yep; making friends with agents’ assistants is a cunning move, I’ve said it myself before. But knowing the people who know the agents’ assistants is also a good idea – oooh like me! See above. But actually, knowing ANYONE is helpful. Make contacts wherever possible; rule no one out. Who knows where they’ll be in 5 years’ time?

4. I’m sick of people like script editors trying to get my money. Seriously? You need never pay for ANYTHING. See below.

And perhaps my fave:

5. I would never pay for script reports because I met this *one* guy who was churning out the same critiques without reading writers’ scripts. Yes, there are hack readers. But guess what: there are hack writers too. Let’s not pretend that writers are white-than-white and everyone else is lurking in the sidelines, ready to grab your dosh. So, rather than tar *all* readers with the same brush, check out the readers with good “word of mouth” (or “type of script”, if the internet??). It’s easily done and should go some way to allaying any fears you have about the quality of the feedback you will receive.

None of the above are “aimed” at anyone in particular by the way, cos none are anything new. I’ve seen these arguments, time and time and time again. It seems this hoo-ha erupts at least once a year: if it’s not script readers, it’s books and “Gurus”; if it’s not books and “Gurus”, it’s events, courses or workshops; if it’s not those, then it’s competitions or Screenwriting MAs – and sometimes it’s the whole damn lot, parcelled up and condemned as the “cottage industry” that surrounds scriptwriting. That’s why I wrote this post, last year.

Fact is, writers get access to huuuuuuuuuge amounts of content, information/tips, podcasts, writing software, networking sites, peer review sites, contests, opportunities, courses, even professionals’ expertise – you name it. A writer can start writing and networking with just a laptop & an internet connection. That’s it. That’s all writers need to pay for. Writers need never buy ANYTHING. Not one thing.

But there is one thing you can’t get for free  – and that’s people’s time. Whilst most writers and people who work in the so-called “cottage industry” that surrounds scriptwriting are happy to give *some* information away for free, they do need paying for their time. So most create a balancing act where they will do *some* things free, in order to get paid work … To pay for stuff, like rent, mortgages, childcare, food – you know, normal stuff.

So I will write on this blog and give lots of writing information in the hope writers hire me to read their scripts so I can pay my bills. But no one *has* to: it’s the individual writer’s choice. Of course, some writers reckon paying for feedback is a mug’s game – and good luck to them, there are free peer review sites out there; they can go find them.

But if you feel your script could benefit from my advice, then by all means hire me. I’m booking for December and January, so I’d recommend emailing first … Because I’m in demand. There are writers out there who know a script reader’s worth – and actually, there are writers who don’t even hire script readers who know that, too. Like I said, it’s a small minority who think people involved in the fringes of scriptwriting are a bunch of money-grabbing charlatans.

As Adrian Mead always says: Keep on doing what you’re doing … And keep on getting what you’re getting. It can be positive; it can be negative. So let’s make it positive.

Post to wall at Bang2writers for peer review requests

Pitch Me – got one of these? Then send me your logline