5 Traits Of A College Novel by Barbara Jolie

Bang2writer Barbara has written today’s post which I think is a really useful round up of common characteristics found in novels set in college (or university, to us UK readers). Very often writers attempt to “reinvent the wheel” and try and come up with entirely new elements for a genre, when it’s those elements their audiences actually WANT. So next time you’re thinking of what elements the genre you’re writing for has, try and balance what you want versus the audience wants. Good luck! 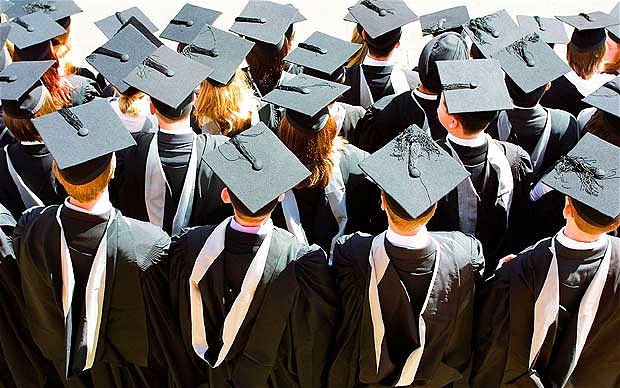 Thousands of new books hit store shelves each year, and despite authors’ greatest efforts, many of these books have commonalities with each other in their storylines, characters, and themes. I’m an avid reader of young-adult novels – particularly college ones – and I’m never shocked when I stumble upon these familiarities, similarities, and overlaps. What makes one book successful with publishers and readers will likely work across multiple titles, so recreating familiar plots, themes, and characters is something many college book authors can’t help but embrace. If you’re interested in reading or writing a college novel, here are five things you will likely come across in your endeavors.

Most college novels I read feature rather awkward main characters. No two of them are exactly the same, but they all have something about them that makes them stand out from amongst other characters. Their awkwardness isn’t necessarily a flaw either; in fact, most of the time it’s what makes them so lovable and relatable; they all refuse to compromise their identities and behaviors for the sake of fitting in with everyone else. Readers are kept on their toes with these main characters, eagerly skimming page after page to see what they’ll do next. Some of the most famous awkward college characters include Anastasia Steele from “Fifty Shades of Grey” and Amory Blaine from “This Side of Paradise.”

In most every book, there are hints of identity crises dispersed everywhere. In college novels, especially, many characters are on a quest to find their personal callings and life purposes while enrolled in universities. Their identity crises don’t have to necessarily be earth-shattering or dramatic; they just have to be something that the characters struggle with throughout the novel. More often than not, these characters will want to pursue a certain college degree or self-identity that people around them aren’t comfortable with. One of the most notable identity crises that took place in a college novel is Sean Bateman’s inability to separate reality from perception in Bret Easton Ellis’ “The Rules of Attraction.”

Following an identity crisis usually comes a resolution through the act of self-discovery. A college book wouldn’t be very thorough, in fact, if it didn’t relieve the main character of their identity crisis. Authors and readers alike want the main character to experience a breakthrough and be able to feel comfortable in their own skin before they leave college and venture out into the real world. Indeed, many authors use college settings as a way to set their main characters up to struggle in their personal, social, and academic identities. A prominent sense of self-discovery in college can be seen in one of the short stories in Jhumpa Lahiri’s “The Namesake.”

There are many clichés associated with college students and college-life: underage drinking, cruel frat boys, ruthless professors, all-night study sessions, numerous one-night stands, etc. Authors are well aware of these college stereotypes and often seize the opportunity to write them into many of their books. Writing this way doesn’t make them unoriginal either; if anything, these authors are forcing the main character to face all the experiences most college students encounter in their four years of school. For example, Rebecca Harrington’s “Penelope” is a about a female Harvard student who encounters snooty sorority girls, awkward college roommates, underage drinking, and many of the other things you’d expect to see in a college setting. Not surprisingly, the book is based on Harrington’s experiences at Harvard when she was a student.

As an avid writer and reader, I hate to imply that there is a lack of originality in college novels. Yet often what makes these collegiate book titles sell is their commonalities with each other. Don’t take my word for it though; start reading college-themed books to find out what I mean!

Barbara Jolie is a full time writer for Online Classes. She is passionate about all things literary and education and wishes to share her knowledge with her blog readers. For questions or comments email her at barbara.jolie876@gmail.com.