Novels Vs Screenplays: Differences Writing Them 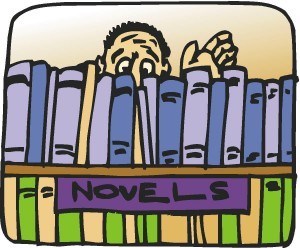 Many thanks to Mya, who asks about writing a screenplay when one is used to writing novels.

I was a novelist after writing my own screenplays, but I feel I can answer this question from my script reading experience, as I have noted some significant pitfalls novelists *may* fall into when I’ve worked with Bang2writers trying to make the switch:

Too much scene description. This is the obvious one. Used to writing lots of prose, the average novelist is often easy to pick out in the script pile because they write OODLES of scene description, often in big black chunks, ignoring the “4 Line Rule”. Remember: less really is more. Check out William Martell’s “16 Steps To Better Scene Description”.

Too little action. Though novelists frequently write lots of description, they often write very little action. Instead much will be made of characters’ states of mind, thoughts and feelings, which is unsurprising since novel-writing is a psychological process, whereas arguably screenwriting is more about “What you SEE is what you GET”. Making the switch to visual writing is difficult, but it all boils to that notion of “Show it, don’t tell it”.

Passive Protagonist. Interestingly, I’ve noted novelists-turned-screenwriters often pick a passive protagonist, where events “just happen” to them. This doesn’t have to be a problem per se (the passive protagonist is very much part of the comedy genre, for example), but becomes an issue in screenwriting when no other character “picks up the reins” in driving the narrative instead.

Voiceover. A novelist-turned-screenwriter is often in love with voiceover. Again, not an issue necessarily; voiceovers can give us great insight into characters’ motivations. However, novelists-turned-screenwriters sometimes use VO to convey what we’re seeing, ignoring that notion of “show it, don’t tell it” again.

Too many characters. Novelists-turned-screenwriters often put a vast array of characters in their scripts to the expense of the script. Again, this is unsurprising since you can have as many characters as you like in a book, but you need to really cut down the “important” ones in a screenplay and this takes practice.

Woolly Central Concept. Because novel-writing is a psychological process, it is possible to write an entire novel where nothing much happens in a physical sense and that is not an issue. However, writing a script where “nothing much happens” as suggested to hilarious effect by Charlie Kaufman (played by Nicolas Cage in Adaptation) simply does not work, especially in an era that celebrates the genre film over the drama. In short, central concepts need to have a “hook” to be marketable, as outlined in my post on this a few days ago.

Having said all of the above, of course you don’t NEED to have been a novelist first to make any of these mistakes writing your first screenplay! Do you recognise any of them in your own scripts?

1 thought on “Novels Vs Screenplays: Differences Writing Them”