The Lone Wolf’s Guide To Collaboration by Samuel Caine

Some excellent advice here from Sam on collaborating – I’ve seen many writers (and also directors and producers) fall down on these points. It’s very tempting to want to do things your own way, but Film and TV *is* a collaborative medium. Don’t forget you can find others to collaborate with via Film Shorts Club. Enjoy! LV 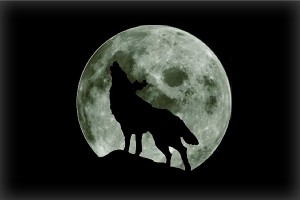 After the recent discussion of collaboration at the Bang2Write Facebook and Twitter, I’ve decided to write my own a guide to collaboration. This is a guide for people like me: the bad collaborators; the children that don’t play nice; the lone writing wolves.

Before having my eyes opened to the industry, I thought I could get by being one of these lone writing wolves, but wolves hunt in packs for a reason: it keeps them alive. As a writer, at some point or another, you are going to have to work with someone. It might be a co-writer, it might be a director or it might be a publisher. For the time being, let’s pretend that the lone wolf doesn’t exist, because wolves can’t hold pens anyway.

Here’re some tips for better collaboration:

1. Decide what’s sacred. I’ll start off with this because I want to prove that you can collaborate without disposing of the things you really care about. Make a list of an arbitrary number of things – let’s say three, for the sake of argument – and put it to one side. These things might be to do with tone, genre or more specific things, such as whether the protagonist lives or dies. As projects develop, often other ideas can become more important than those you’ve already decided on. Feel free to change the list, but DON’T extend it. If you have a list of 327 things you’re absolutely unwilling to compromise on, there’re a fair chance you’re being unreasonable.
The point of this exercise is to know when to put your foot down. If you’re anything like me, you are bound to reach a creative disagreement at some point, but is it a battle really worth fighting? If it absolutely changes the direction or tone of the piece of work you signed on for, then yes, fight that battle. If it’s about the colour of the protagonist’s hair (not that any of you would be this petty) then consider compromise.

This also works for those who are less assertive: don’t allow people to change your core values in the project.

2. Don’t dismiss ideas too quickly. Unless in direct conflict with my first tip, there is no such thing as a bad idea. When I was a project leader heading up the design of a television series, I occasionally fell into the trap of treating group brainstorming sessions like creative clay pigeon shooting.

Have an open mind. Consider every idea. When brainstorming, take ‘no’ out of your vocabulary. I’ve been on teams that have created great ideas for dramas from off-the-wall jokes in production meetings.

3. Don’t think of anything as ‘yours’. When reading other people’s guides on collaboration, I came across quite a few advising writers to decide on what is ‘theirs’: ‘their’ characters, ‘their’ story, ‘their’ location. I personally think that advice is terrible. It’s unbelievably short-sighted and misses the main point of collaboration.

If all the writers in team ‘own’ a handful of characters, what happens when one person’s character isn’t working? Arguments. That’s what. There may be arguments anyway, but removing a character that another writer ‘owns’ will make these arguments significantly more personal.

Sometimes you can think of great ideas, great characters, great stories, that just don’t fit into whatever it is you’re writing. If people in the team start to get too precious about ‘their work’, it can fuel poor creative decision-making.

5. Be constructive. This might seem obvious, because it should be. However, all too often, I’ve been on creative teams where, when ideas are being batted around, the first thing to leave the ballpark is constructive criticism. If you don’t like something, then you need to be able to articulate in relatively sensitive terms WHY that is.

I’m not saying you have to use any of the groan-worthy ‘It’s good, but…’ stuff. I AM saying ‘No, I don’t like it’ is perhaps the most aggravating sentence you could utter in a creative meeting. Firstly, whoever you say it to will ask ‘why?’, so if you haven’t thought it through and reply with ‘I just don’t’ prepare to get some icy glares.

Now run along! Try playing with the pack. As I’ve discovered, even catastrophic failures of collaboration still provide the lone wolf with plenty of food for thought.