The Courage To Walk Away 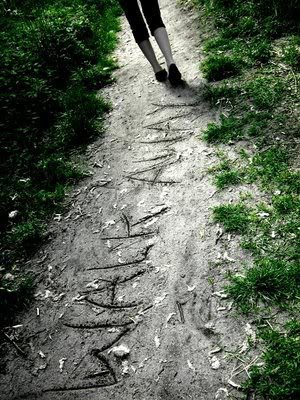 I was talking to a writer friend recently who told me how he had a producer insterested in his project. Said producer was saying all the right things and had all kinds of ideas for the script, some good, some bad – but none of them quite what my friend had envisaged for his project. As a result, this writer – somebody who’s paid his writing dues – decided to walk away, rather than rewrite on the chance this producer *might* option the script.

I know a lot of writers will baulk at this. He had a producer interested in his script! IS HE CRAZY?!

But it’s not *just* about interest in your screenplay, or even the sale of your script. My friend could have swallowed this producer’s ideas whole, rewritten furiously and delivered. He still might not have got the option he was seeking. Even if he had, how long do you think it would have taken before both he and the producer in question would have found they’re not on the same page? Not long. Then where would his script be? Nowhere. Worse, actually – because his script would be tied up in an option neither he nor the producer could use.

This writing malarkey is not about getting the interests of producers at the expense of EVERYTHING. A writer needs to develop the skill of recognising when a relationship isn’t going to work. In short, s/he needs to find the courage to walk away.

So next time a producer expresses an interest in your script and gives you feedback or notes, consider their thoughts carefully and how they match up to your own vision of your project.

If you think those thoughts will take your project in the right direction, go for it. So the producer may not end up optioning it after all, but you’ll have had some good stuff along the way.

If not? Ignore your gut at your peril.

1 thought on “The Courage To Walk Away”

previousQ: What Are The Differences Between Features & TV Pilots/Series?
nextBBC Writers’ Festival by Janine Jones