Q: How Do You Script Edit A Script Without Rewriting It As Your Own Story? 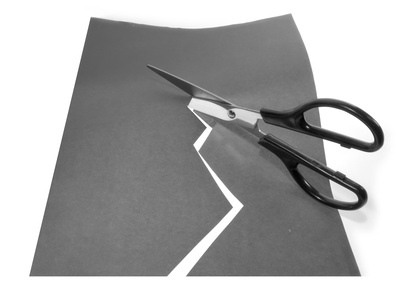 “I notice you’re script editor on ACT OF GRACE. How can you do this without rewriting it as your own story?”

Being a script editor is all about doing what’s best for the story – WITHOUT rewriting the script as you see fit, based on your own preferences or how *you* see the story.

Why? Because you’re not the Writer. These are two different jobs. As far as I’m concerned, the two jobs go like this:

The Writer is responsible for the idea and executing it, ie. coming up with the premise and getting the drafts down on paper.

The Script Editor is the FACILITATOR of that execution: this may or may not include identifying the theme of the story; diagnosing issues with the plot, characterisation or structure; offering alternative ways of getting to the resolution; pinpointing the message or moral of the story if appropriate and much, much more.

Here’s how I typically script edit from “the ground up”:

1. The Writer hits me with various loglines. I pick those I think have legs.

2. We brainstorm and throw out those loglines we feel have been done before or we don’t have sufficient enthusiasm for, whittling it down to one or two we want to have a serious “go” at.

3. The Writer composes a short outline (1-4 pages typically), which I give feedback on. We discuss the outline’s issues and I typically offer a range of ideas or elements I feel could improve it, which the Writer will then use as a platform for his/her own ideas in the next stage. (This is typically where one outline will go on the backburner if there’s two).

4.The Writer then writes a more in-depth treatment for that outline we want most (anything between 10-30 pages), which I then give more feedback on. Again, the issues are discussed though obviously with more “flesh on the bones” of the story here, this is where plot issues tend to rear their head, but not problems with dialogue (there isn’t much, if any) or characterisation (typically treatments draw characters with quite broad strokes, generally speaking).

5. The Writer may do another pass on the treatment next, or s/he may go to draft. I read the first draft. Obviously this is the “words on paper” draft, so even a good draft is rife with missed opportunities, problematic characters, on the nose dialogue etc. Rather than go through this draft with a fine toothcomb then (most of it will get thrown out anyway), I tend to approach this first draft with quite the “overview” in mind, ie. Would a character do *this* thing, or is it a plot contrivance? Is the theme/message coming across too strongly, or not strongly enough? Is this character pulling their weight? Is this plot point too early, or too late?

6. And so it goes on. The Writer will come back with each draft and we repeat various elements as the Writer and I deem fit. For example, a writer may prefer to me to concentrate on various elements as we progress through the drafts: plot and structure first, followed by character, followed by dialogue is a very popular method. Typically I’ll read a draft between four and eight times (excluding pitches and treatments) before a Bang2writer is happy for me to sign off on it, so s/he can take it to producers and/or investors.

Of course, not all of my Bang2write script editing clients start at the beginning like this with me. Some might begin as late as at section 5 or even 6. If I recall correctly with ACT OF GRACE, I read a couple of treatments and a couple of drafts. With other clients I’ve read WAY more – I lost count of how many drafts of DEVIATION I read! Must have been at least twenty.

The key element though of any script editing work to remember – YOU ARE NOT THE WRITER. You are the Facilitator, to help the writer get the best out of him/herself. Sometimes it works and sometimes it doesn’t. But it’s far more likely to work if you remember the writer came up with the concept, it’s his/her baby – you are the loving, nurturing aunt or uncle.
——————————–

Buy DEVIATION. Dark Psychological Thriller starring King of Indies Danny Dyer and Hellboy 2’s Anna Walton. An escaped convict (Dyer) kidnaps a young nurse (Walton) and takes her on a night from Hell as he goes on the run.

Do you have a question for the blog? Tweet me, leave a message at Bang2writers or send an email to Bang2writeAThotmailDOTcoDOTuk.

6 thoughts on “Q: How Do You Script Edit A Script Without Rewriting It As Your Own Story?”