Breaking Into Theatre By Carla Grauls

Many thanks to Bang2writer Carla for sharing her insights on breaking into theatre – some really good advice here. Enjoy! 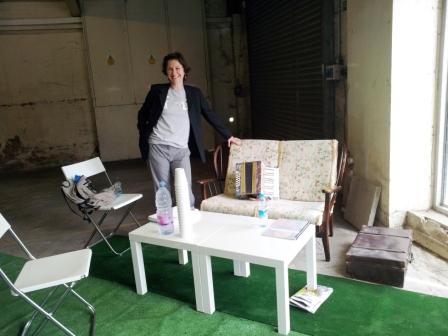 Anna Mors, director, at the auditions for Occupied at The Coming Up Club

The first play I wrote was a dark comedy except that it wasn’t a comedy. It was just dark. After that first play written at university, I have been involved in developing a new play with a theatre, a dark comedy. This time I have taken steps to ensure it is funny…not just disturbing.

My play Occupied will be previewed at Theatre 503 in July this year as part of Labfest: a season of new writing. I was invited to be part of Labfest after a week of development at Theatre 503. What I found most difficult before this started was getting practical advice on breaking into the theatre. Here are some thoughts based on my experience, what I learnt and the mistakes I made.

1. Write a play that stands out
It’s not easy but you know when something works. The audience are trapped in a room with actors for a good amount of time so a play needs to be engaging. I volunteer at Spread the Word which organises writer’s workshops and I got to pitch my play idea to others while I was writing the play and before I sent it to theatres. You can tell immediately when people are interested.

2. Cut out the boring bits
This means cutting out too much talking! People are not coming to see your play to watch people talk, they want to see action, be engaged, to feel something. Characters need to affect each other and there needs to be conflict like in any good story.

3. Get feedback on your work from a professional
It’s essential that you see where the holes are before sending it out but also for someone to say ’For God’s sake it’s ready! Start sending it out!’ Otherwise you may be at the risk of writing 20 drafts plus and get stuck in a re-writing loop.

4. Know your theatres
Know a theatre’s programming inside out before you send them your work. Your play needs to fit what they programme. It also helps if you start building relationships or become a familiar face with the literary departments. You could do this by going to their workshops, volunteering and going to their shows a lot. Theatre 503 is probably one of the friendliest, accessible theatres I know and so it’s important not to overlook those off West End/ fringe venues that are making a name for themselves. Do send your work to as many places as possible. 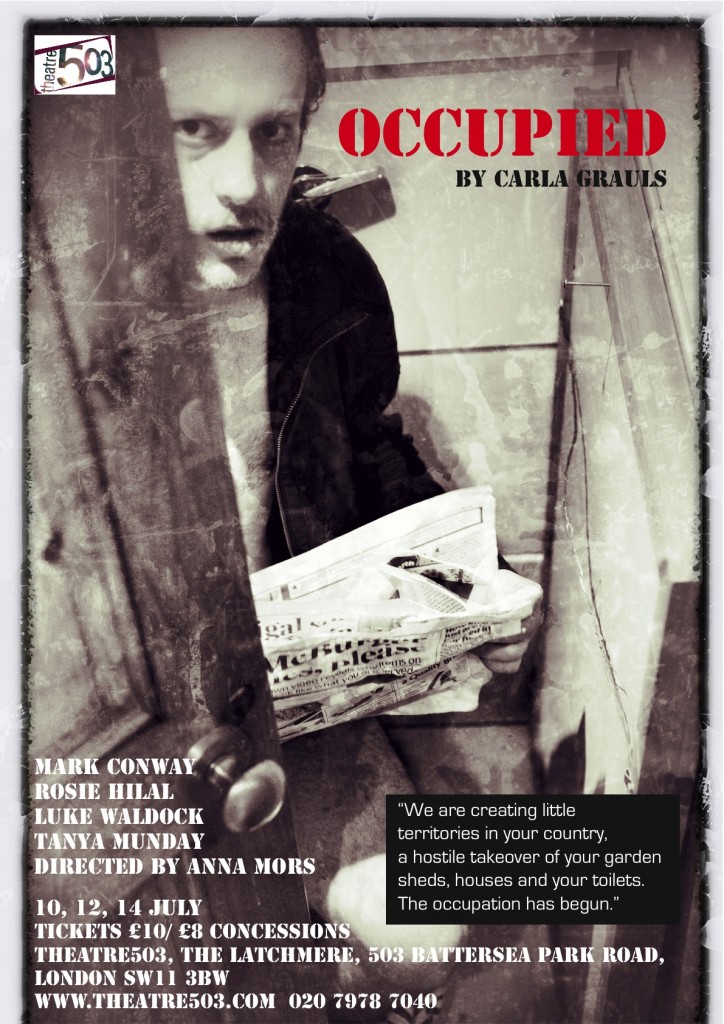 5. Be proactive
After I sent my play out to a couple of theatres and it got roundly rejected, I thought I’d find a way of putting it on myself. And that’s when things started to happen. I got in touch with all my theatre contacts including literary managers I had met through volunteering and asked their advice on casting actors and venue hire. As a result I was offered a development week for my play.

6. Collaboration
For the development week, the theatre matched me up with a director. The most vital thing for me for this partnership to work was her passion for the project. A director who has passion for your play will work really hard to make it the best it could be. It’s also good to have someone who brings something to the project like dramaturgical expertise but also respects your choices as a writer.

7. Development
Spend time with the director beforehand identifying problem areas and what you want to achieve. Working with a director and actors for four days opens up the whole world of the play. Suddenly your characters are real people with much more complexity than you first imagined. Through actors’ improvisations, characters get stronger, relationships develop. Take lots of notes, then sit on them, have a think, take your time. Only start re-writing when you’re ready.

8. Re-writing
Repetition and explanation were my big vices. Repetition is a sign of being stuck. You may need to unravel why the scene needs to be in the play and start again. It’s also easy to get indulgent with explanations. You think ‘What if the audience doesn’t get it?’, and put a load of explanation and exposition in just in case…it’s a mistake. If you write it well people will get it. And cut anything that gives you that uneasy nagging feeling because that means it’s not working,

9. Promotion
Get involved in promoting your own play. Don’t let someone else write your promotion blurb, do it yourself but get someone who is working on the project and who knows your play to help you. People writing your blurb might not understand the tone of the play if they’re working from a brief. The first blurb sent to me made it sound like a light comedy but my play is much more a dark comedy drama. Imagine the audience’s disappointment if they’re expecting one thing and you’re giving them something completely different.

10. Trust your team
Actors and directors know what they’re doing. There are some fantastic actors who are happy to help out for free/ or a profit share if they’re interested in the play and if you’re not directing yourself, having a director to pull it all together allows you the time to focus on making the play great.

BIO: Carla Grauls is a writer for stage and screen. Her play Occupied will be performed as part of Labfest at Theatre 503 on 10, 12, 14 July. Writers can get half price entry to OCCUPIED with the discount code WRITER on opening night, Tuesday 10th July. Thanks Carla!

previousUse of Symbolism In Novels
nextQ: How Do You Script Edit A Script Without Rewriting It As Your Own Story?