Authorship For Screenwriters? By Samuel Caine 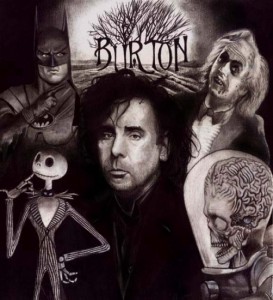 I want you to take a moment to think about the poor scriptwriter: Imagine a sad little scriptwriter face, the eyes moist with recently shed tears. They’re trying to contain the sobs but they just can’t. Why? Because they’re going to have a very hard time ever being dubbed an ‘author’. ‘And?’ I can almost hear you say… take a seat, and allow to me explain.

Authorship is a pretty old idea (biblical, in fact), and one that I’d argue doesn’t actually sit too comfortably with film/television making. An author is usually defined as the person SOLELY responsible for the generation of meaning from a piece of work and as I’m sure you’re aware, both film and television are highly collaborative mediums.

There’re a lot of theoretical arguments about whether an author actually exists (read Barthes, if you’re interested), but I’m going to neatly skip over that and cut straight to the practical matters at hand, and talk authorship in terms of ‘the name on the cover’.

Novelists and writer/directors have a much easier time of becoming ‘the name on the cover’. Whether it’s of a book, a DVD case, a poster, or whatever: once they’ve established themselves these names carry clout. People will read ‘the new book by so and so’, or see ‘the new film by somebody’, but, when it comes to films, it’s usually the director who’s given the credit. In fact, I think even as writers, most of us would be hard pressed to think of ten scriptwriters who don’t direct, but whose name makes people tune in.

Changing the director-centric approach to film making is very difficult. In fact, you’d probably have to go back in time to 1954, like a writing version of the terminator (a typewriter?) and stop Francois Truffaut publishing his extremely influential article (‘Une certaine tendance du cinéma français’) that lauded directors, and lambasted writers.

As a writer who prefers screenwriting and has no desire to direct, I used to find this a little disheartening.  In most cases, writers contribute a great deal more than they’re commercially given credit for. Being a director considered as the sole creative agent in the production of a film has its advantages (prestige, money, success…) comes as a slightly double edged sword. The theoretical definition of an ‘author’ is someone who has a thematic or stylistic trend running throughout their body of work and this trend can be seen carrying through to the practical definition (or ‘the name on the box’) too.

Authorship carries a burden of expectation. Not just in terms of quality, but in terms of what an audiences (and producers) want you to create. Every Tim Burton film FEELS like a Tim Burton film, and although that might seem like a convenient example, try it with any major director/novelist: the style, the themes, and maybe even the genre, will repeat themselves throughout their work over and over again. Clearly, authorship isn’t particularly cohesive with versatility.

The opportunity to be versatile is one thing that poor scriptwriter can comfort themselves with. Being considered an author and widely associated with a certain body of work could arguably hold back creative freedoms: if you’re famous for writing detective novels, a children’s adventure probably won’t sit too well with your publisher. If you’ve directed a string political thrillers, and want to make an off-the-wall comedy, you’re probably going to find it hard.

Scriptwriters, however, as the frequently ‘unseen authors’, can and do make transitions like this regularly. Some writers prefer to stick to certain tones or genres, but more often than not, there is not the burden of audience expectation to prevent transition between blood-drenched horror and children’s television so easily.

It’s easy to be bothered by scriptwriters’ names appearing a bit too low in the credits, but if this grants us the freedom to generate the kind of content that we want to generate, isn’t it worth it?